A Memphis mother is accused of assaulting Shelby County School officers and ramming into multiple police cars after leading law enforcement on a chase Friday. 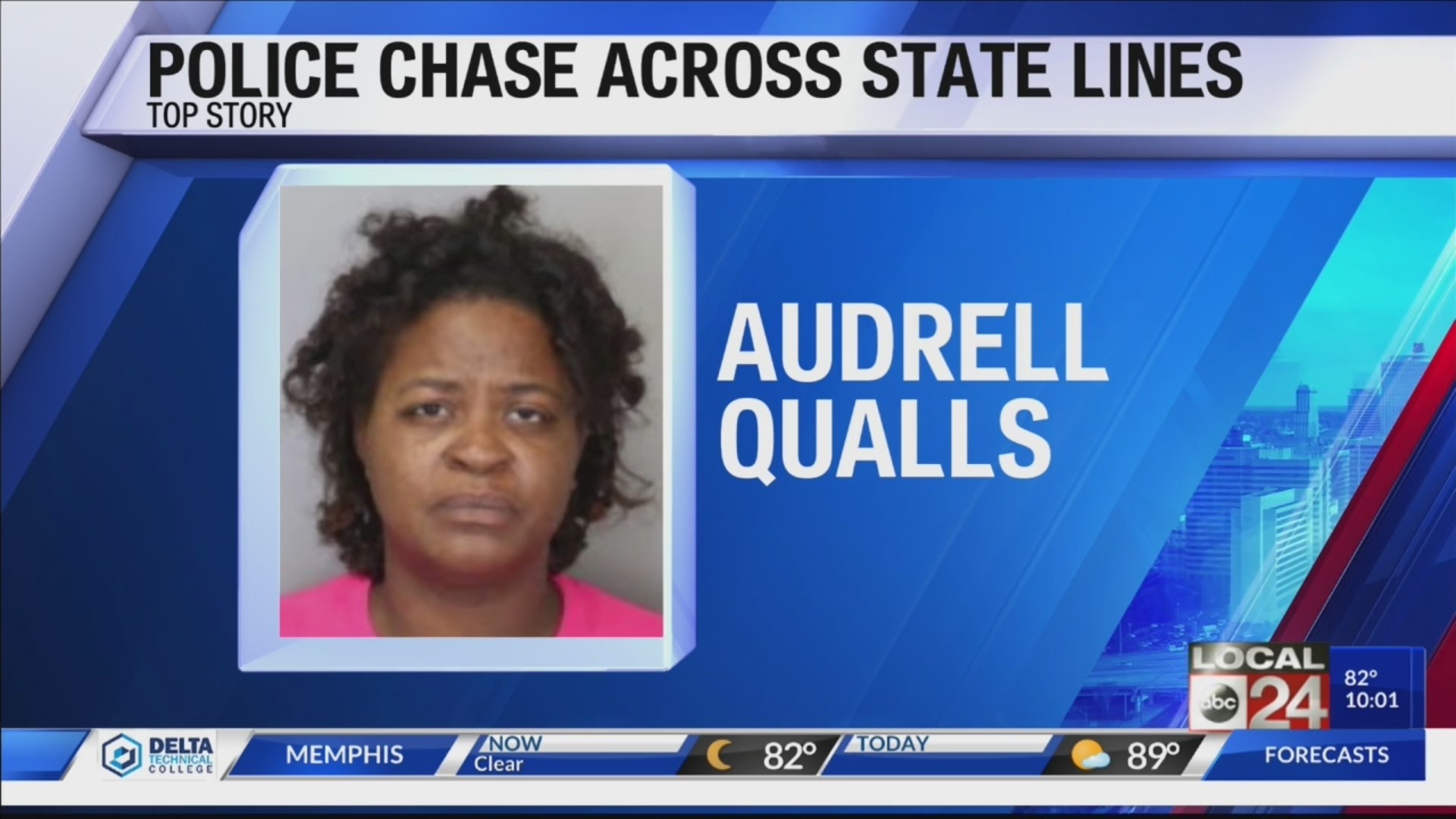 It all began in Whitehaven.  Police say Audrell Qualls picked up her twochildren, ages 5 and 6, from a summer block party at Whitehaven High Schoolafter leaving them there by themselves. A third child was already with her.

According to the affidavit, Qualls wascalled about leaving the children unattended, and did not return for about twohours. When she finally did, police say as they were checking her ID, theylearned she had two outstanding warrants for driving with a revoked license anddriving without insurance.

The affidavit says when officers tried toarrest her, she refused to stop and hit two Shelby county school officers,dragged one Memphis police officer, and reportedly purposely hit a third SCSofficer before running into a SCS car.

Police say Qualls was in the car with herthree children as police pursued her from Whitehaven to Southaven, Mississippi.

After leading police on the chase,investigators say she collided with two Southaven police cars before shecrashed. Southaven police officers chased Qualls’ car after it knockeddown a pole and crashed into a yard, landing on its side.

“Once they got like really close to her,they hit the car and the car like swerved a little bit and hit the pole,” saida neighbor. “It hit the pole and it started going around and around. Itwas the Southaven Police the one that hit the car.”

“They all came out and started pointingat the cars with the guns,” said a witness.

Next, Memphis police arrived on scene.

A woman who lived three houses down fromwhere the suspect’s car crashed says her children were stunnedand silent when they got out of the wrecked car.

Authorities tell us none of the childrenor officers were seriously injured.