8-year-old Maryland boy has raised more than $50,000 in care packages for homeless veterans

HALETHORPE, Maryland — Men and women filed into the cafeteria, sitting alone at individual tables as they ate fried chicken and baked beans under the florescent... 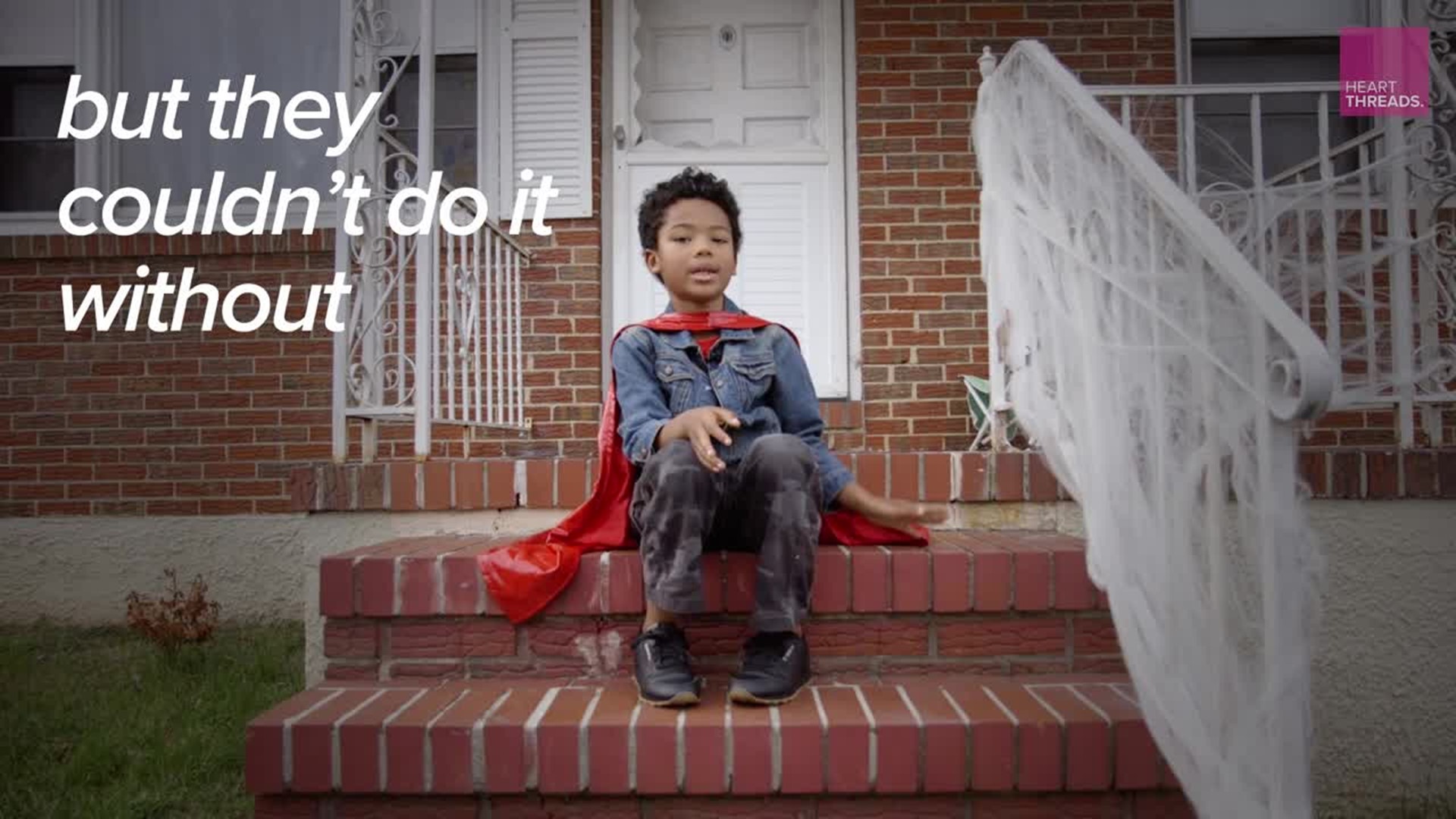 HALETHORPE, Maryland — Men and women filed into the cafeteria, sitting alone at individual tables as they ate fried chicken and baked beans under the florescent glow of the mess-hall lights.

They mostly kept to themselves, staring ahead at a communal television broadcasting football highlights.

Suddenly, the drone of the TV was interrupted by an unexpected guest—an 8-year-old wearing a red superhero cape.

Veteran advocate Tyler Stallings was making an appearance at the Baltimore center for homeless veterans, and he came prepared.

The young “superhero” began doling out socks, shirts, hygiene products and suitcases to the men and women eating lunch.

Tyler’s youthful energy immediately sparked smiles across the room. As he made his rounds, he polled lunch-goers on topics like their branches of service, football allegiances and fast food preferences. Excited, he started increasing the speed of his deliveries, running suitcases across the room.

“You should hear my mother, she says, ‘Lord, slow down, I can’t keep up!” Tyler said.

The room erupted into laughter.

Tyler, a homeschooler from the Baltimore suburb of Halethorpe, Maryland, first became passionate about veterans’ issues at the young age of 4.

His mother, Andrea Blackstone, wanted to teach her son the importance of honoring veterans.  Andrea’s father and brother were in the military, and she remembered what it was like to grow up in a household of servicemembers.

“I just thought it was something important to know… I didn’t expect Tyler to catch onto it as far as a cause,” she said.

Andrea showed Tyler some videos on YouTube, and eventually a video about homeless veterans popped up.

She explained to Tyler that some veterans face homelessness when they finish serving. Even at his young age, Tyler understood the injustice of the issue.

“It made me very sad and angry on the same side because veterans shouldn’t be treated like that,” Tyler said.

Initially, he wanted to build houses for the men and women in the video. Andrea helped Tyler channel his philanthropic enthusiasm into a more practical project: assembling care packages.

Tyler began collecting hygiene products like toothbrushes, soap and razors, which he assembled into “hero bags.” Then, he handed the bags out at veterans’ organizations and to people on the streets.

Initially, the service project was intended to last just one day. But Tyler remained committed to the cause, spreading the word online and developing partnerships with local organizations, like MCVET, a Baltimore-based nonprofit that provides job training and social services to veterans in need.

Years later, Tyler’s project, which he called “Give Back to Veterans,” is still going strong. Tyler raises money via GoFundMe and sells his own artwork via his own business to contribute to the fund. Andrea estimates Tyler has raised more than $50,000 in total.

“Veterans were trying to protect their country, and I felt that what they were doing was important, but they couldn’t do it without sacrifice from us,” Tyler said.

As a result of his project, Tyler has made connections in his neighborhood and across the country. For Andrea, a single mother, that’s an important part of his work.

“It’s been amazing because I never anticipated being a single parent but obviously I am, and it’s almost like he’s built a tribe of people around the country who have embraced him because of his veteran project,” she said.

At MCVET, where Tyler orchestrated the lunchtime giveaway, the smiles in the room said it all.

“You’re the man,” one smiling veteran told Tyler mid-high five, a new pack of socks in his other hand.

This story was produced in partnership with GoFundMe, who helps our HeartThreads team find the best stories about the best of us.