COLUMBUS, Ohio — It all started with a high school dance. But Bob and Annette Harvey were not each other’s dates. Annette had transferred to Gar-Fiel... 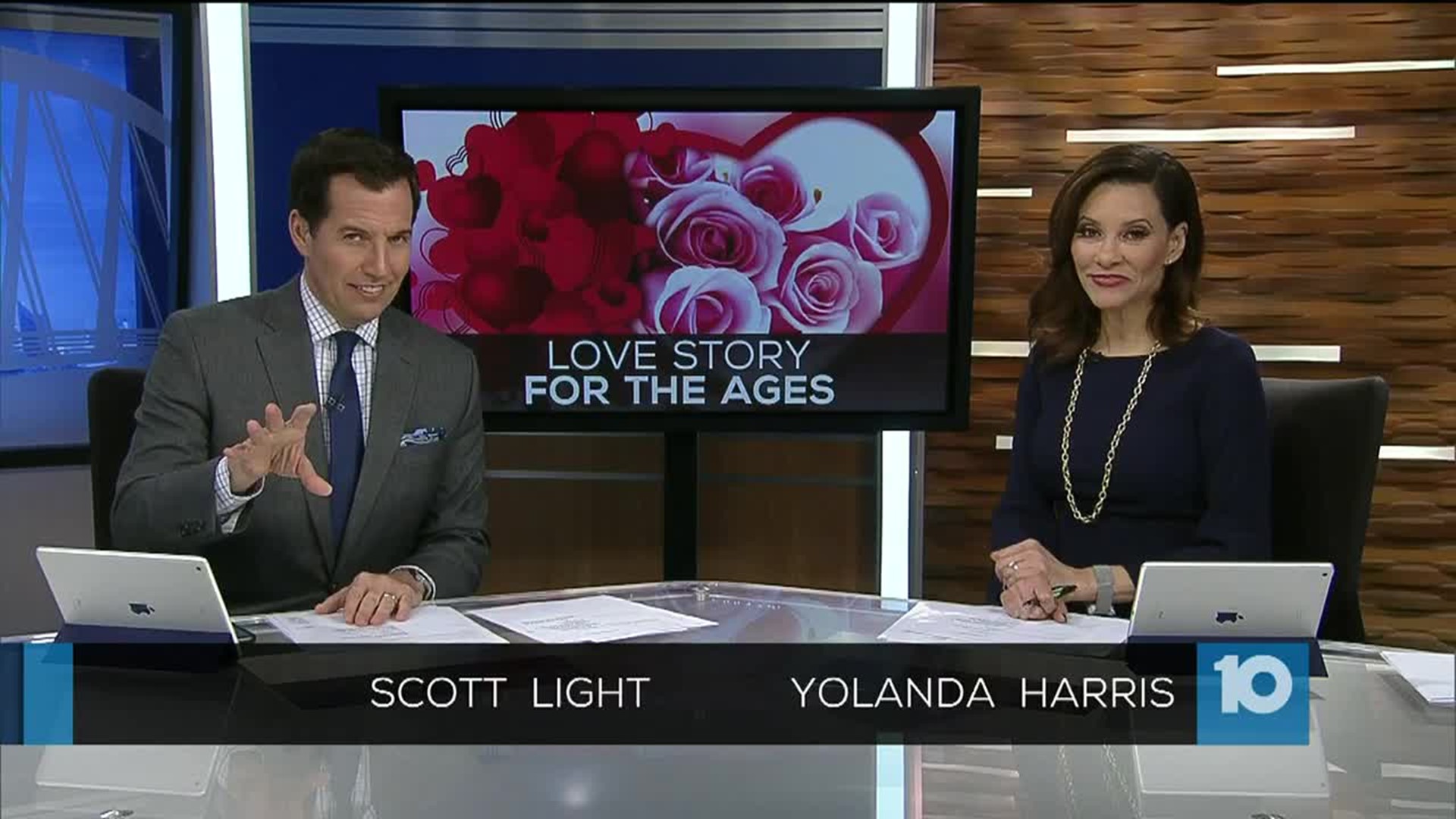 COLUMBUS, Ohio — It all started with a high school dance.

But Bob and Annette Harvey were not each other’s dates.

Annette had transferred to Gar-Field High School in Woodbridge, Va., from Pikeville, Ky. Bob was smitten.

“When she came into the study hall, and I saw her for the very first time, she was the most beautiful woman — which she still is today — that I have ever seen in my life,” Bob said.

But when Bob asked Annette to the sock hop, she said no. It turns out, she didn’t know how to dance, and she didn’t want to embarrass herself. But when the paper boy asked, she said yes.

But who was taking tickets at the door that night? Bob, of course.

“During the evening, he came over and asked me to dance, and I, of course, was trembling because I really liked him, and said, ‘Well, why are you trembling?'” Annette said. “I said, ‘Because I don’t know how to dance,’ so he said, ‘Well, that’s okay, you can learn to dance,’ and, after that, we started going steady.”

They were a hot item at the high school, kissing for the very first time in the back of a ’56 Chevy.

“Boy, let me tell you, that was it,” Bob said. “It solidified the rest of my life. I became madly in love with her, I would have run away with her. I think that’s why they sent her back to Kentucky.”

That summer in Kentucky spelled the end of their teenage romance. Annette met John Callahan and fell in love. When she returned to Gar-Field for her senior year, she broke the news to Bob. He took it like a gentleman, and the both went their separate ways.

Bob started dating another new girl at the high school, Diane. They married in 1959.

The Callahans had four children, 11 grandchildren and one great-grandchild.

The Harveys had two children, three grandchildren and one great-grandchild.

The lived full lives but both ended up as caretakers for their spouses in recent years. Annette’s husband, John, had a seven-year battle with dementia. Bob’s wife, Diane, had an even longer battle with cancer.

The following year, Bob was diagnosed with cancer himself. The medicine he was taking had him more than down in the dumps. When he asked his doctor to cut it back, he felt so much better, he decided to take a road trip.

“This woman who’d been gentle on my mind became an obsessive on my mind, pulled up on the side of the road, had a hard time, very emotional moment, and so that’s when I had my — this weird idea that I was going to come home, and I was going to call her husband and say, ‘Hey, John, I fell in love with her years before you met her, and I want to see her one more time before my Twelfth of Never,'” Bob said, referring to one of his favorite Johnny Mathis songs.

So Bob did a little Internet sleuthing and came across John Callahan’s 2015 obituary.

Still, it had been almost four years, so he assumed Annette was already remarried.

She was not. In fact, she had tried searching for Bob on Facebook the previous 2.5 years or so.

But Bob didn’t know that yet. He decided to track down Annette’s address and send her a condolence card. It was sweet message, with a couple of extra letters stuffed inside, and signed — Love, Bob. Of course, he made sure to include all of his personal information.

“When I said, ‘Bob, this is Annette,’ he just choked up, and I said, ‘I know it’s surprising that I’m calling you,’ or something, and finally he got his voice and could talk to me,” Annette said.

Bob hopped in his car and drove the 12 hours to Annette’s house to greet her on her doorstep.

“I handed her some flowers. I said, ‘These are for you. I took her face in my hands,'” Bob said. “I said, ‘I love you, you’re beautiful, and I’m going to kiss you whether you want me to or not.’ And we kissed, and I’m serious on this, 60 years disappeared. Poof.”

Life went from a waltz to a quickstep after that July 2019 reunion. Three months later, they were engaged. A few months after that, they were married, celebrating with a kiss and, of course, a dance. It was the first time Annette had danced since she and Bob parted ways all those years ago.

“I am complete,” Bob said. “I could not ask for anything more. I don’t think I can love her enough today, but there’s tomorrow where something happens, and I just love her that much more. Am I happy? I am happy. Very, very happy.”

Pretty soon, their love story was everywhere, from local papers to national television shows, including Steve Harvey on Facebook Watch. Next up, they are set to appear in People Magazine.

“It was time, it was time for us for a reason, and so, we think that the reason is — we’ve been able to spread the word about love, joy, patience,” Bob said. “Love endures all.”

It certainly does. These days, the Harveys, now in their 80s, spend a lot of time in the kitchen, both cooking and dancing to their favorite Johnny Mathis tunes.

“I’ve just been very happy and thankful and feel very blessed because, at 81, you don’t ever think that you’re going to get married again, but it has really been wonderful, and I think it’s made both of us feel even younger than we are,” Annette said.