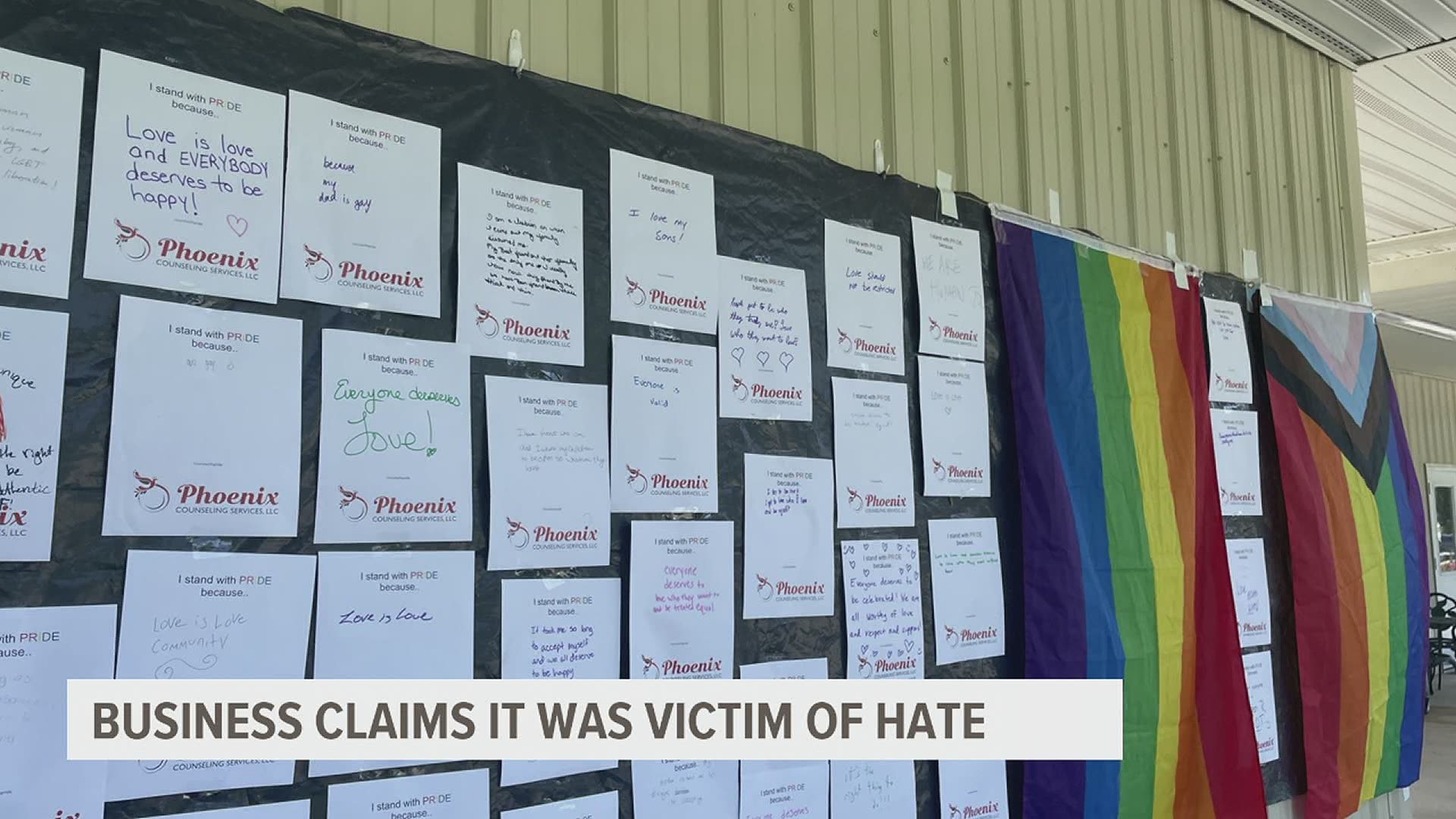 A colorful human face emerges from waves like a call for hope above a Parisian street, in a giant message of optimism from American and French street artists painting a massive mural in the French capital that's slowly climbing out of its virus isolation.

lllustrator AJ Dungo, 29, who lives in California, and French graffiti artist Da Cruz, 44, started working in mid-June on the 25-meter (82-foot) high mural in the 19th arrondissement, in the northeast of Paris.

The project, to be inaugurated Saturday, is a symbol of creative rebirth, and of both cultures reconnecting after lockdowns.

Da Cruz, who grew up in this Parisian neighborhood and used to travel regularly to different continents, said it was hard for him to see his projects stopped amid the pandemic.

"I'm working in the street because I like showing my message to lots of different people, and I miss hearing people speaking another language and being able to communicate with them through painting ... There's always a bridge that is created by colors," he told The Associated Press.

The project is supported by the French American Mural Art (FAMA) program, led by the U.S. Embassy, in association with local festival Ourcq Living Colors.

AJ Dungo and Da Cruz have chosen to represent stylized waves at the bottom of the mural, and an explosion of colors above surrounding a central human face, with inspirations from South America and Africa.

"We wanted to make something really optimistic and something celebratory, because after the tragic year everyone went through, we thought it could help the community to lift their spirits a bit and give them some hope with a meaningful image," AJ Dungo said.

For AJ Dungo, known for his 2019 graphic novel "In Waves," the giant mural is also a first — the biggest artwork he's ever done. "I think the last thing I painted was my niece's bedroom for her sixth birthday. I did like a little mural of an elephant and a pencil and butterflies," he said.

For more than a year, artists across the world have been restrained by virus restrictions. California gradually lifted most measures in recent weeks. France started reopening its economy last month, including museums, theaters, cinemas and concert halls.

Da Cruz said "we've been confined (at home), freed, we went out again," so the mural represents "that human energy which makes us get over the hardships of life."

AJ Dungo stressed that for many artists, last year meant "a drought of inspiration."

"People were more concerned about their livelihoods and their families and their loved ones to even make meaningful art," he said.

Some have been very productive, he added, "but generally, the consensus among creatives that I met was like a very depressing, hard time ... So you can expect maybe a big explosion of expression in the next coming months and years, because people are going to have a lot to say about what we all went through collectively."