Astronomers say the brightness suggests the meteor was larger than normal. 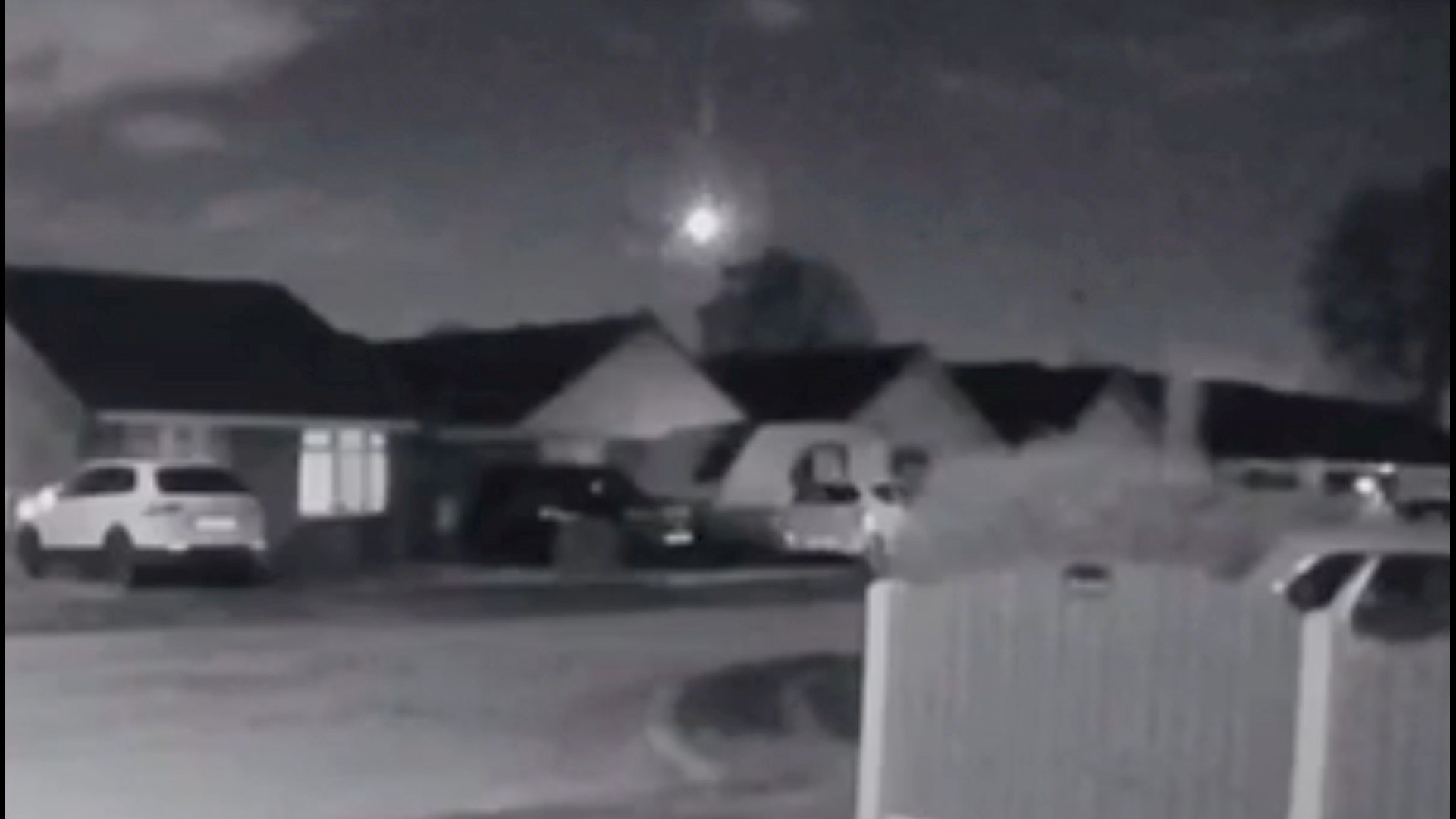 DERBY, UK — A doorbell camera in Britain caught video of what appears to be a large meteor falling from the sky and possibly exploding.

BBC News reports Gary Rogers, who lives in the city of Derby, got an alert indicating his doorbell camera had spotted something late Monday night. He looked to see a bright streak going straight down and getting brighter before disappearing behind some homes. A bright flash could be seen behind the homes.

UK's National Space Centre reportedly believe this was a bolide -- an extremely bright meteor that explodes in the atmosphere.

Rob Dawes with the Sherwood Observatory told BBC News that the brightness suggested it was a larger than normal meteor.

"(Rogers) was very lucky to get such a nice bright one. But you'd be surprised how many of these do come into the atmosphere at any time of year," Dawes reportedly said.