A House committee is questioning whether Boeing and the Federal Aviation Administration will be willing to make big changes needed to fix problems with the 737 Max. 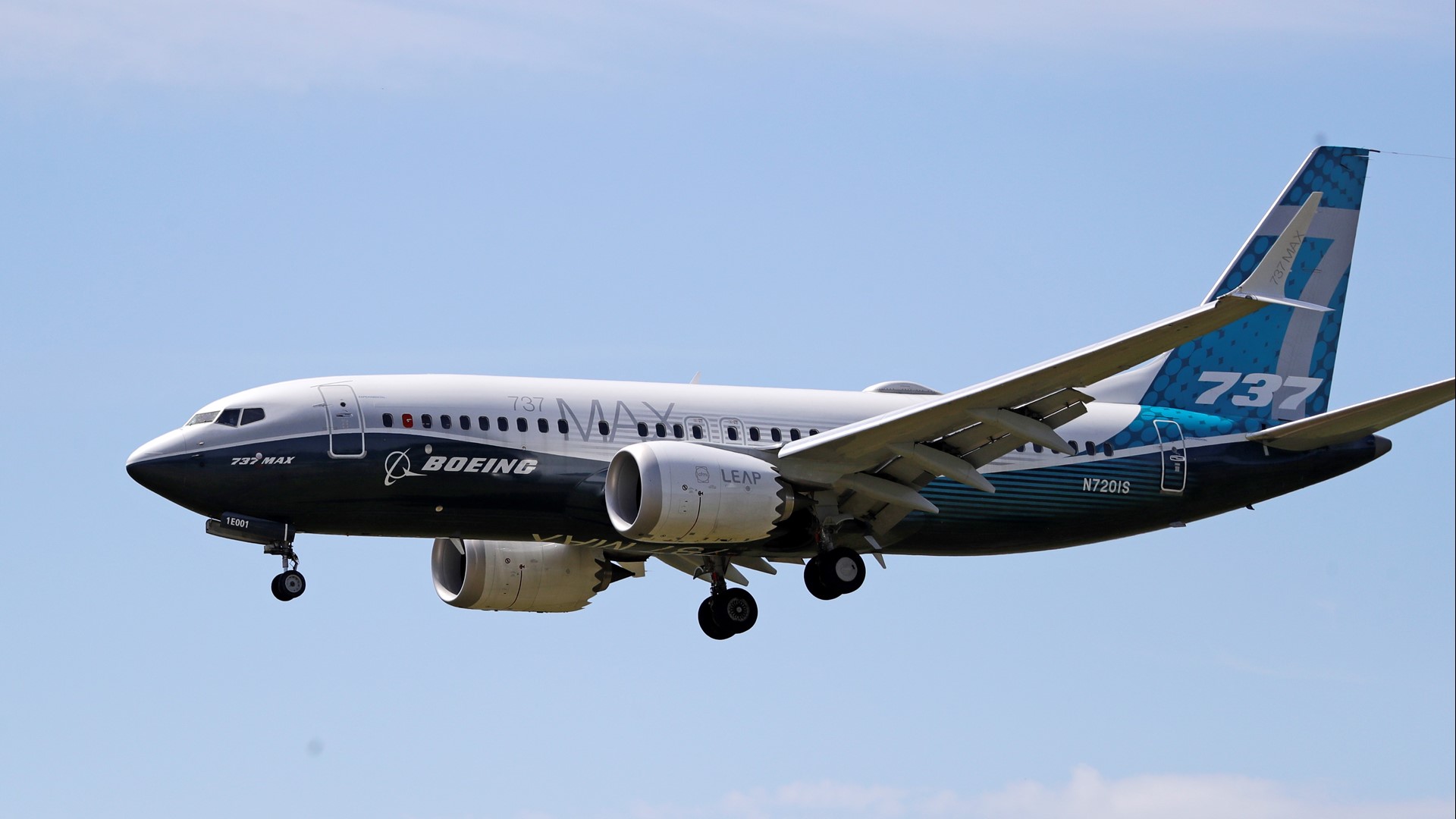 WASHINGTON — A House committee issued a scathing report Wednesday questioning whether Boeing and government regulators have recognized the problems that caused two deadly 737 Max jet crashes and whether either will be willing to make significant changes to fix them.

Staff members from the Democrat-controlled Transportation Committee blamed the crashes that killed 346 people on the “horrific culmination” of failed government oversight, design flaws and a lack of action at Boeing despite knowing about problems.

The committee identified many deficiencies in the Federal Aviation Administration approval process for new jetliners. But both the agency and Boeing have said certification of the Max complied with FAA regulations, the 246-page report said.

“The fact that a compliant airplane suffered from two deadly crashes in less than five months is clear evidence that the current regulatory system is fundamentally flawed and needs to be repaired,” the staff wrote in the report released early Wednesday.

The report highlights the need for legislation to fix the approval process and deal with the FAA’s delegation of some oversight tasks to aircraft manufacturer employees, said Committee Chairman Peter DeFazio, D-Oregon.

“Obviously the system is inadequate,” DeFazio said. “We will be adopting significant reforms.”

He wouldn’t give details of possible changes, saying committee leaders are in talks with Republicans about legislation. He said the committee won't scrap the delegation program, and he hopes to reach agreement on reforms before year's end.

RELATED: Boeing finds new problem with 787 that will delay deliveries

The Senate Commerce Committee on Wednesday could make changes to a bipartisan bill introduced in June giving the FAA more control over picking company employees who sign off on safety decisions. One improvement may be that a plane with significant changes from previous models would need more FAA review.

The House report stems from an 18-month investigation into the October 2018 crash of Lion Air flight 610 in Indonesia and the crash of Ethiopian Airlines flight 302 in March of 2019. The Max was grounded worldwide shortly after the Ethiopia crash. Regulators are testing planes with revamped flight control software, and Boeing hopes to get the Max flying again late this year or early in 2021.

The investigators mainly focused on the reason Boeing was able to get the jet approved with minimal pilot training: It convinced the FAA that the Max was an updated version of previous generation 737s.

But in fact, Boeing equipped the plane with software called MCAS, an acronym for Maneuvering Characteristics Augmentation System, which automatically lowers the plane’s nose to prevent an aerodynamic stall. Initially, pilots worldwide weren’t told about the system, which Boeing said was needed because the Max had bigger, more powerful engines that were placed further forward on the wings than older 737s.

In both crashes, MCAS repeatedly pointed the nose down, forcing pilots into unsuccessful struggles to keep the planes aloft.

Committee investigators said they found several instances in which Boeing concealed information about MCAS from the FAA and airlines.

The Chicago-based company didn’t disclose that MCAS worked off a single sensor called “angle of attack,” which measures a plane’s pitch. It also didn’t disclose that a gauge that would have alerted pilots to a malfunctioning sensor didn’t work on the vast majority of the jets.

Boeing also concealed that it took a company test pilot more than 10 seconds to determine that MCAS was operating and respond to it, a condition that the pilot found to be “catastrophic,” according to the report. Federal guidelines assume pilots will respond to this condition within four seconds.

Four Boeing employees working as “authorized representatives” with permission to act on the FAA’s behalf to validate aircraft systems knew about the test pilot’s slow response. But there was no evidence that they reported this to the FAA, the report said.

Another authorized representative raised concerns in 2016 about hazards of MCAS repeatedly pointing the plane’s nose down, but the concerns never made it to the FAA.

Repeated MCAS activation and faulty sensors “were the core contributing factors that led to the Lion Air and Ethiopian Airlines crashes more than two years later,” the report said.

According to the report, Boeing wanted to keep details about MCAS from the FAA so it wouldn't require additional pilot training. That would ruin Boeing’s sales pitch for the Max, that pilots of older 737s wouldn’t have to go through extensive simulator training to fly the new planes.

Investigators found that Boeing had a financial incentive to avoid more pilot training. Under a 2011 contract with Southwest Airlines, Boeing would have had to knock $1 million off the price of each Max if simulator training was needed.

“That drove a whole lot of really bad decisions internally at Boeing, and also the FAA did not pick up on these things,” DeFazio said.

He added that Boeing had an internal meeting in 2013 and agreed never to talk about MCAS outside the company. At one point, MCAS was listed in pilot training manuals, but an authorized representative signed off on removing it, he said.

In a statement, Boeing said it has worked to strengthen its safety culture and has cooperated with the committee. The company has incorporated many recommendations from committees and experts who have examined Max issues.

Boeing said it has learned from mistakes.

“Change is always hard and requires a daily commitment, but we as a company are dedicated to doing the work,” the statement said.

The FAA said in a statement it looks forward to working with the committee to make improvements, and it's already making changes based on internal and independent reviews. “These initiatives are focused on advancing overall aviation safety by improving our organization, processes, and culture,” the FAA said, adding that it is requiring a number of design changes to the Max before it can fly again.

When it came to FAA oversight, investigators said they found multiple examples of agency managers overruling technical and safety experts at the behest of Boeing. A draft internal FAA safety culture survey said that many in the FAA believe aviation safety leaders “are overly concerned with achieving the business oriented outcomes of industry stakeholders and are not held accountable for safety-related decisions,” the report stated.

In an interview with investigators, Keith Leverkuhn, former Boeing general manager for the Max who was promoted in the company, said he considered development of the Max a success despite the crashes.

“I do challenge the suggestion that the development was a failure,” the report quotes him as saying.

Investigators wrote that this raised doubts about Boeing’s ability to change.

“Only a genuine, holistic, and assertive commitment to changing the cultural issues unearthed in the committee’s investigation ... can enhance aviation safety and truly help both Boeing and the FAA learn from the dire lessons of the 737 Max tragedies,” the report said.

Airlines Writer David Koenig in Dallas contributed to this report.