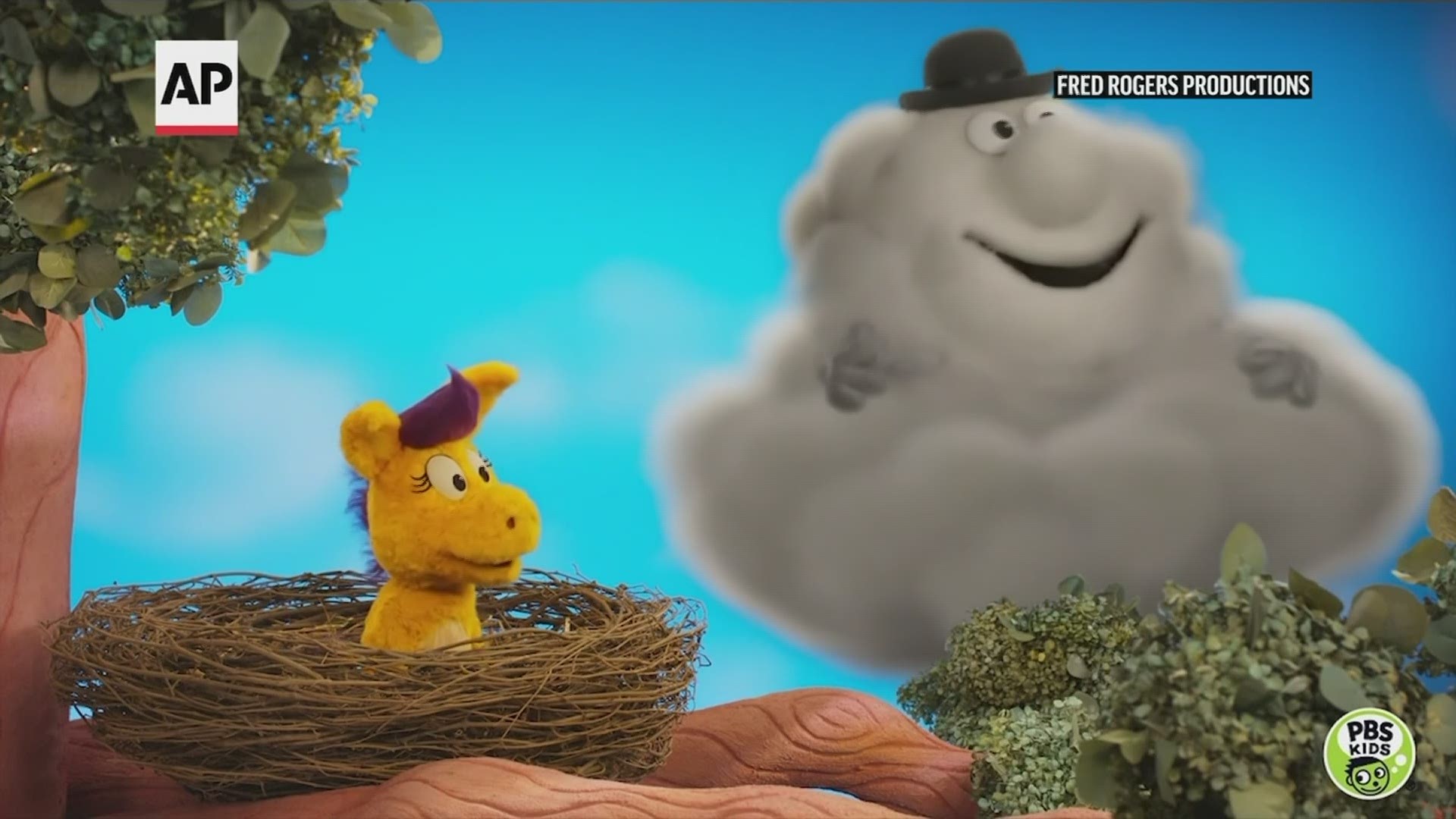 “Every part of it seems to be infused with joy and heart and humor,” says Adam Rudman, who co-created and co-produced the show with his brother, David. “And I think that’s something that Fred Rogers would appreciate.”

The whimsical series for children ages 3-5 starts airing Monday and centers on the adventures of Donkey Hodie, an enthusiastic yellow donkey with a bright magenta mane. She's the granddaughter of the donkey puppet Rogers created back when TV shows were in black and white.

“This is a show about a little donkey with big dreams. It’s about persistence, it’s about resilience and it’s about frustration and things going wrong,” says Ellen Doherty, chief creative officer of Fred Rogers Productions.

During each 15-minute episode, Donkey Hodie learns lessons, like why following a recipe step-by-step makes sense and the importance of making a plan before tackling a big project.

She's helped by a colorful gang of friends — Purple Panda, Bob Dog and Duck Duck, each of whom brings something to the table.

If Donkey is the one who comes up with an idea, Panda is the supportive friend, telling her she can do it. Bob Dog is the enthusiastic helper and Duck Duck is the practical pal, asking how they're going to succeed.

“We really worked hard on the character blend,” says David Rudman, who performs Bob Dog and Donkey's grandfather and also directs the episodes. “They all bring something interesting and they work really well together.”

The song-filled series is set in land of Someplace Else, named after the place where parents are always asking noisy kids to go. It has a windmill — an original Don Quixote joke by Rogers — but the creators have built a wonky land with rolling hills and no straight lines.

“All the little details — every flower, every bush, every tree — everything on there is made by somebody. It’s made by hand. So nothing is built in a computer,” says David Rudman.

The new series is metaphorically connected by cobblestone path to both the animated "Daniel Tiger's Neighborhood" and the mother ship, “Mister Rogers’ Neighborhood.”

“We are proud that once again we’ll be sharing the ideas and teachings of Fred Rogers with kids and families, just as we did with ‘Daniel Tiger’s Neighborhood,’” says Linda Simensky, head of content for PBS Kids.

Doherty notes there are lots of Easter eggs hidden throughout the new world, including nods to familiar sights on “Mister Rogers” like Trolley, the fish tank and a porch swing.

The creators chose to go with puppets instead of animation because of their expressive nature. “Young children have very big emotions and it just felt like puppets were the best way to express that for this world,” says Doherty.

The project started when the Rudmans, who founded Spiffy Pictures and whose projects include “Nature Cat,” were tapped to breathe new life into minor characters from the "Mister Rogers Neighborhood." They pored over old footage of the show and dug into the history.

“We started to discover these really funny, quirky, obscure characters that a lot of people didn’t know,” says David Rudman. The brothers added new characters and edited old ones.

“We redesigned them. We gave them new personalities in most cases and updated them to fit how the show was going,” says Adam Rudman, who is head writer and while not a performer, can occasionally can be heard as a background voice.

He was recently watching “The Mandalorian,” a spin-off series form the “Star Wars” universe that follows a lone bounty hunter and a mysterious alien child.

“I was watching it and thought, ‘Oh man. They took this second-tier character and they created this show about him’. I was like, ‘Man, I wish we could do that.’ And then I was like, ‘Oh wait, we are doing that. It’s exactly what we’re doing,’” he says, laughing.

The Rudmans worked on the show during the pandemic. They stopped shooting for several months but returned with mask policies and COVID-19 tests. They simplified some scripts and scaled down the crew.

“It was really a blessing in disguise because it really helped make everything really concise and it helped our performers really get to know their characters,” says David Rudman, who voiced his critters through a mask.