“Hamilton” creator Lin-Manuel Miranda is announcing a series of donations to organizations that serve immigrants. 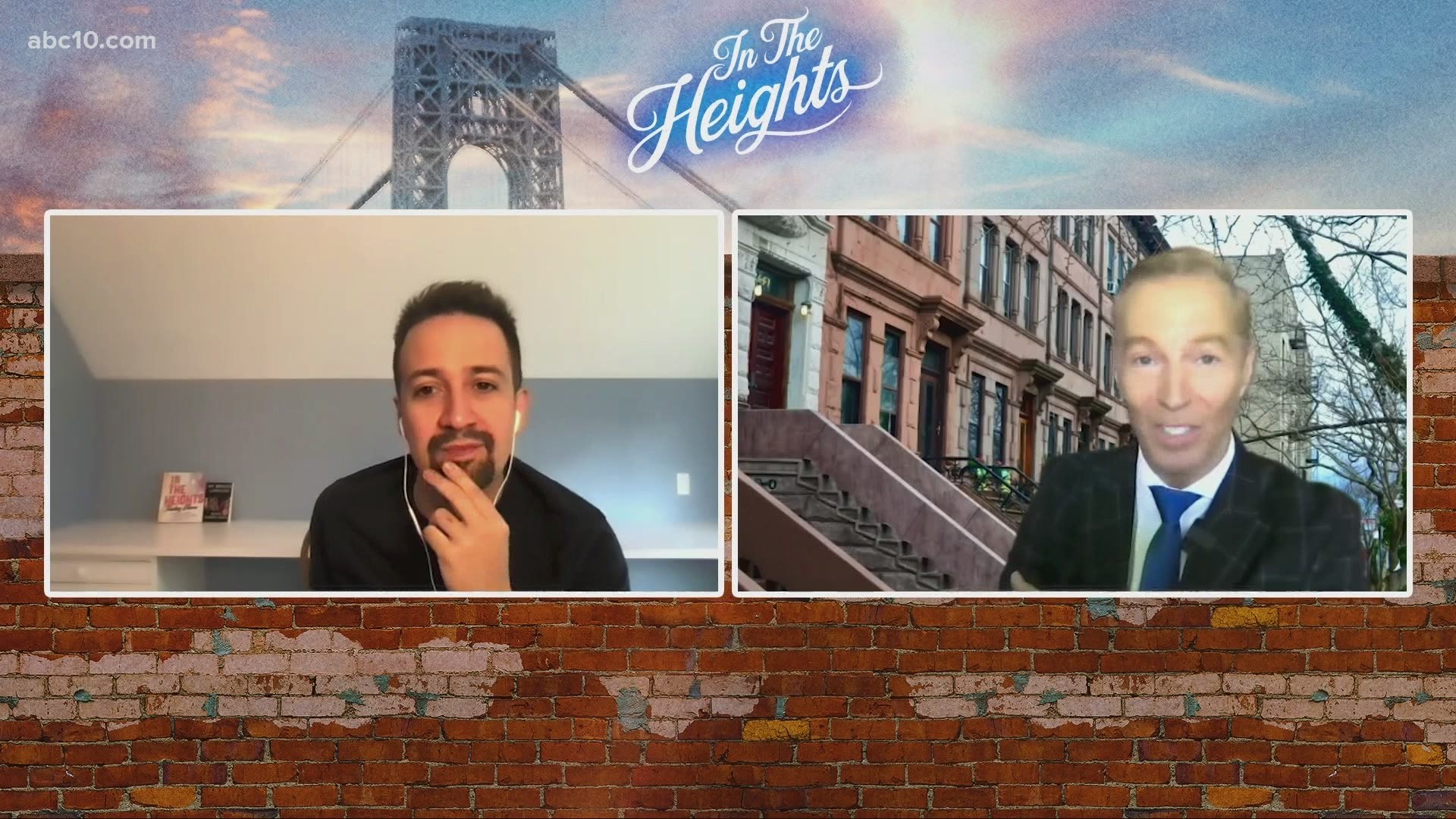 NEW YORK — For “Hamilton” creator Lin-Manuel Miranda, the inspirations for art and philanthropy are inextricably linked.

On Wednesday, Miranda is announcing a series of donations to organizations that serve immigrants, whose experiences are central to the new film version of his hit Broadway musical “In the Heights.”

“For me," Miranda told The Associated Press, "philanthropy and artistic inspiration kind of come from the same place."

He is forever drawn to what he calls “the things that don’t leave you alone.” Immigration, he said, is both a passion and a foundational element of his work.

“In the Heights," he noted, centers on immigrants from the Caribbean and Latin America living in New York City. And “Hamilton,” he said, “is sort of the proto-immigrant story.”

“I think I am in awe of people who can make an impossible leap to leave everything they know behind and start a new life here,” he said. "And I think it’s one of the great things about our country.”

In honor of the Fourth of July, the Miranda Family Fund awarded a total of $225,000 in grants to immigrant rights groups and policy reform advocates throughout the country. The recipients are Arizona’s Pima County Justice for All, California’s Coalition for Human Rights Los Angeles, Colorado Immigration Rights Coalition, Michigan’s Arab Community Center for Economic and Social Services, Texas’ Las Americas Immigrant Advocacy Center, Utah Refugee Connection, Asian Americans Advancing Justice in Washington, and both Alianza for Progress and Orlando Center for Justice in Florida.

Luis Miranda Jr., Lin-Manuel’s father and co-founder of the MirRam Group, a political consulting firm that has worked on campaigns for Democratic Sens. Hillary Clinton, Chuck Schumer and Kirsten Gillibrand, said all the recipients were recommended by friends of the family in the field of immigration.

It was important to the Mirandas to make the grants unrestricted, so the money would go to “whatever the organization believes is important,” Luis said. “It’s going to make a difference.”

“They know what they need,” Lin-Manuel added.

Though the Miranda Family Fund has been active for years in donations to the arts community, especially arts education, the donations announced Wednesday mark a new direction.

The fight for immigrants' rights became a much larger part of the film version of “In the Heights” than it was in the musical that opened on Broadway in 2008. Lin-Manuel said the idea to make the character of Sonny a DREAMer, an undocumented immigrant who has Deferred Action for Childhood Arrivals (DACA) status, came from Quiara Alegria Hudes, who wrote the screenplay.

“Immigration was on the front page in a totally different way in the past few years,” Lin-Manuel said. “So in updating it, it sort of only made sense to make that a part of the conversation because that is part of the conversation here uptown in our communities. And so what’s so brilliant about Quiara’s choice to make Sonny struggle with his undocumented status is that he’s the most New Yorkian character. He’s the one who said, ‘If I had $96,000, I would fix my neighborhood.’ ”

Luis added that they had that character in mind in choosing the organizations to help.

“It’s to make sure that we continue to help those organizations that are helping people like Sonny — refugees, immigrants, people who are coming and are trying to figure out how to make it here,” he said.

Lin-Manuel said that highlighting the story of an undocumented immigrant was important to him.

“I think that’s one of the things art can do that headlines can’t always do,” he said. “Now, you feel like, you know someone who’s going through this. You know Sonny, and it just it goes into your bloodstream in a different way.”

He said the donations are another way of demonstrating support.

“We’re at our best when we’re celebrating our promise,” Lin-Manuel said. “So many people come here from all over the world because of this promise that we export — and that we so often fall short of. If you work hard, there is a possibility of a better life. We want to help the organizations that help to make that possible for folks who make that journey.”

Lin-Manuel said it's vital to showcase both the successes and the struggles of being an immigrant.

He holds his own work to that idea as well. The release of the movie version of “In the Heights” created controversy because there were no dark-skinned, Afro-Latino characters in the film's lead roles. Lin-Manuel issued an apology and promised "to do better in my future projects."

“Every time you make a frame, you hear from the folks who say, ‘Hey, I’m not in the frame’,” he said. “I take that learning with me to the next project. But I also know, because I live here, how proud this neighborhood is of this movie. Afro-Latinos and Latinos of every shade and how seen they feel and I can understand what I can do better next time. I’m holding space for all of it. I think that’s the only way to grow as an artist. ‘Hamilton’ got criticism. Everything I do gets criticism. And I can take it and I can grow from it.”

“You have to understand I started writing ‘In the Heights’ because I didn’t feel seen,” he continued. “So I am also hoping that someone is going to see ‘In the Heights’ and say, ‘That wasn’t my story’ and write their own. I would be thrilled by that.”

One thing that is not on Lin-Manuel's mind, though, is returning to “Hamilton,” which is set to reopen on Broadway on Sept. 14. Theorists were noticing Lin-Manuel's longish hair recently and wondered whether he was planning a return to the Tony award-winning smash.

He's not. And he cut off his hair to prove it, which Luis happily tweeted out.

“I have three more movies coming out this year, right?” said Lin-Manuel, referring to the animated “Vivo” out this summer, Disney’s “Encanto” this fall and his directorial debut “Tick, Tick... Boom.” “I don’t have the bandwidth to jump back in the show.”