Louisiana man presumed dead after alligator attacked him inside his home

The man's wife saw her husband being attacked by the gator after Hurricane Ida flooded their home in Slidell. She called 911, but the system was down. 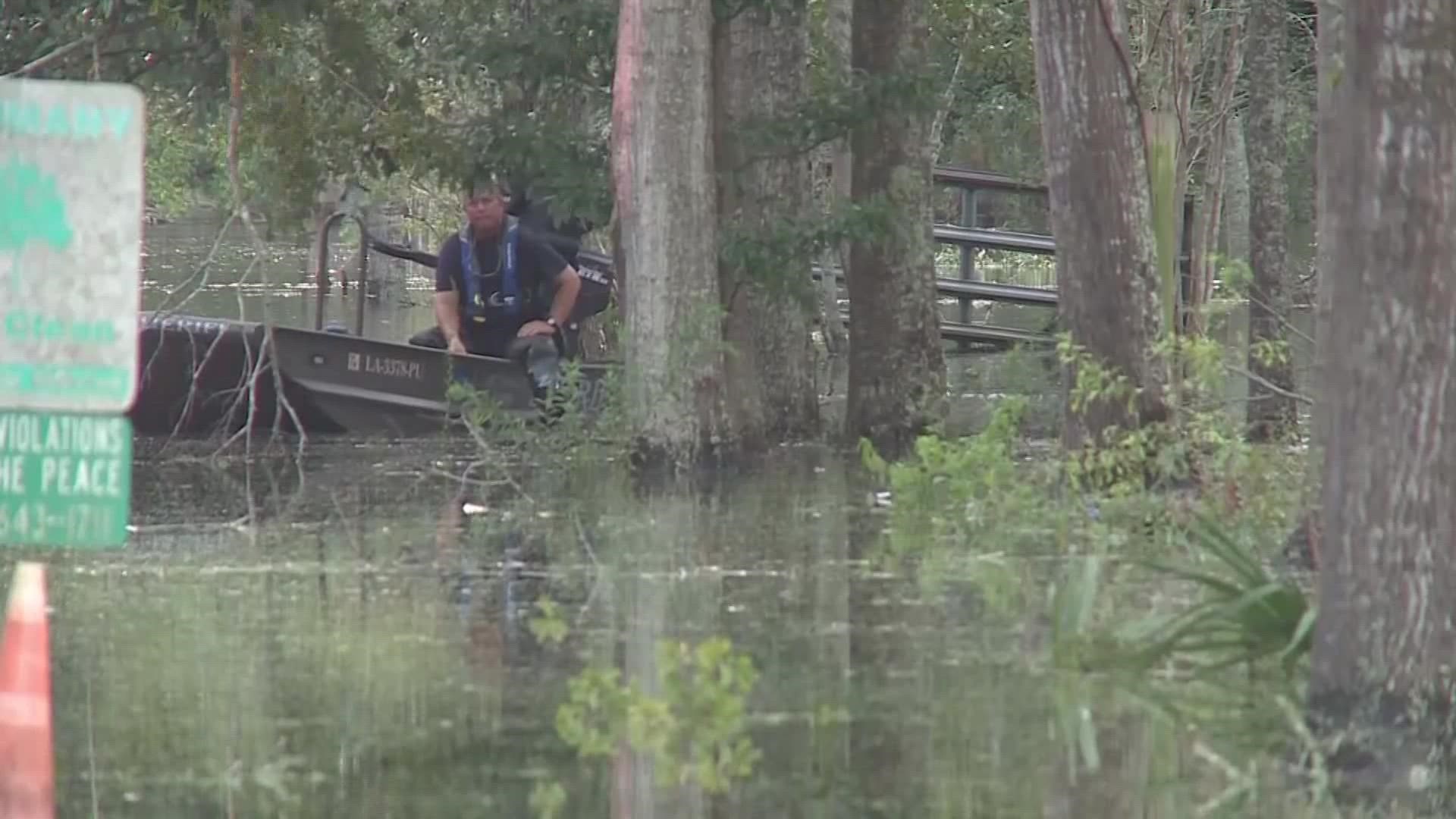 SLIDELL, La. — An awful story is unfolding near Slidell, Louisiana where a Hurricane Ida victim was attacked by an alligator inside his home. Investigators believe he was killed but they haven't found any remains.

The man, in his 70s, was wading through floodwaters when the gator attacked him, the St. Tammany Parish Sheriff's office reported.

The victim's wife said he'd gone downstairs to check on things after Ida made landfall and there was about 4 feet of floodwater on the first floor.

When she looked down from the second floor, she saw her husband being attacked and tried to help, investigators said.

"She was inside when he went downstairs. She heard the commotion,  opened the back door and saw he was getting attacked by an alligator," Capt. Lance Vitter said. "She tried her best to fend off the alligator. When it released the gentleman, she pulled him up onto the steps to render aid. When deputies got out there, they noticed a large amount of blood and learned from his spouse that the body was no longer present."

The sheriff's office said it first got a 911 call around noon but wasn't able to respond right away due to problems with the 911 system. When they arrived later, the man's wife told them what happened.

Investigators said the marshland near Lake Pontchartrain is home to large gators.