The new insulin benefit will be voluntary, so during open enrollment this fall, those with Medicare who're interested must make sure to pick a plan that provides it. 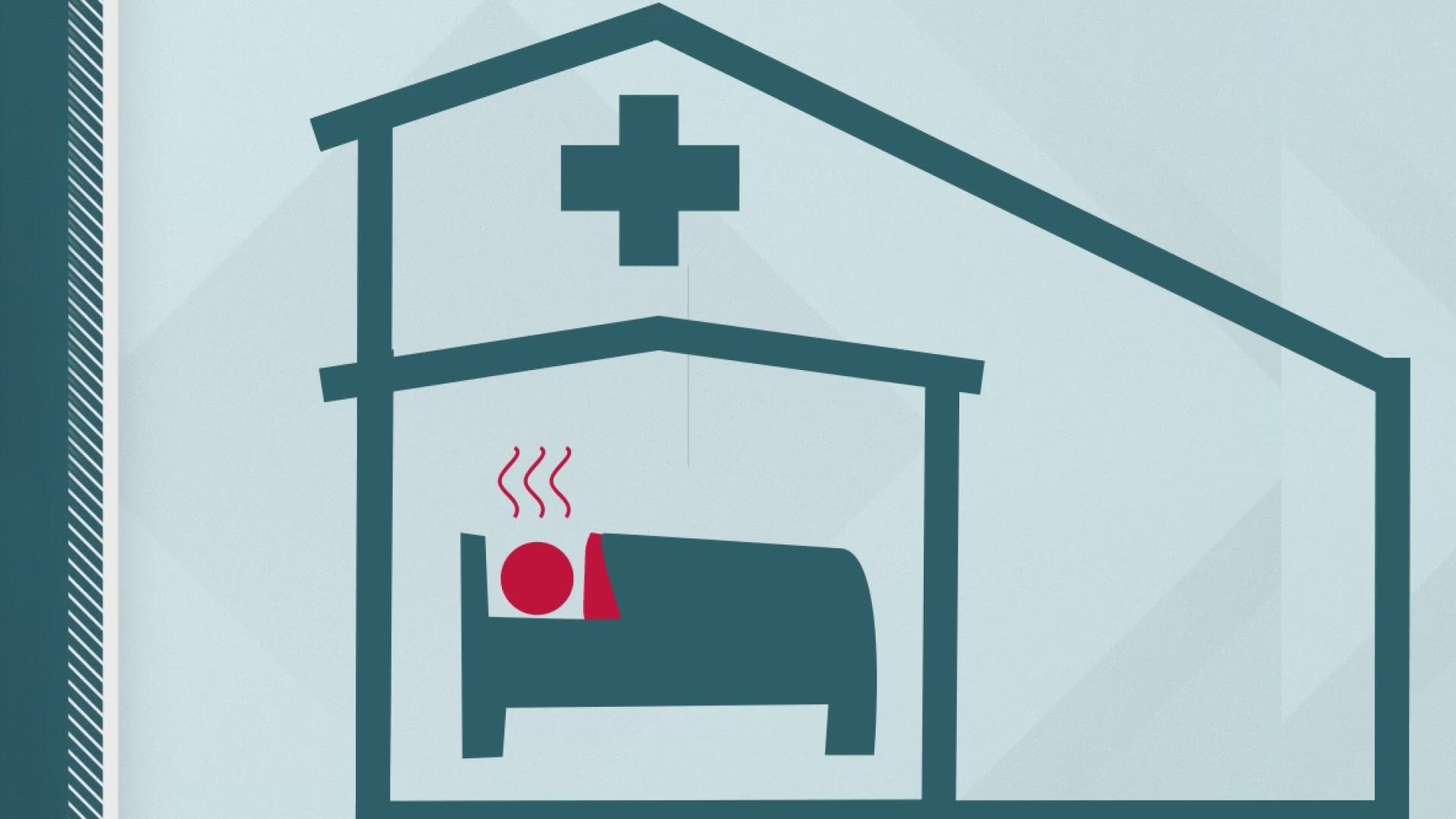 WASHINGTON — Medicare recipients will be able to get prescription plans that limit copays for insulin, a potential savings of hundreds of dollars, the White House announced Tuesday in a pivot to pocketbook issues that could influence November's election.

The new benefit — formally unveiled in the Rose Garden Tuesday afternoon — is being touted as a major accomplishment by Trump administration officials eager to change the subject from the grim drumbeat of coronavirus pandemic news.

Older adults who pick a drug plan offering the new insulin benefit would pay a maximum of $35 a month starting next year, a savings estimated at $446 annually. Fluctuating cost-sharing amounts that are common now would be replaced by a manageable amount.

The new insulin benefit will be voluntary, so during open enrollment this fall Medicare recipients who are interested must make sure to pick an insurance plan that provides it. Most people with Medicare will have access to them.

Stable copays for insulin are the result of a deal shepherded by the administration between insulin manufacturers and major insurers, Medicare chief Seema Verma told The Associated Press. The three major suppliers, Eli Lilly, Novo Nordisk and Sanofi, were all involved.

“It was a delicate negotiation,” Verma said. Drugmakers and insurers have been at odds in recent years, blaming one another for high prices. “I do think this is a big step.”

The deal comes as President Donald Trump returns to the issue of drug prices, trying to woo older people whose votes are critical to his reelection prospects.

The cost of insulin is one the biggest worries for consumers generally concerned about high prices for brand name drugs. Millions of people with diabetes use insulin to keep their blood sugars within normal ranges and stave off complications that can include heart disease, blindness, kidney failure and amputations. People with diabetes also suffer worse outcomes from COVID-19.

Trump last week told Republican senators at a Capitol Hill meeting he still wants to pass a bill this year to lower drug costs, saying “I think you have to do it,” according to a summary from an attendee. Bipartisan legislation to limit price increases and reduce costs for older people with high drug bills is pending in the Senate.

An AP-NORC poll in May found that 54% of adults 60 and older said they disapproved of how Trump is handling his job as president, while 45% approved.

The fate of drug pricing legislation ultimately seems to rest with House Speaker Nancy Pelosi, who has a much more ambitious plan for Medicare to negotiate prices for the costliest drugs, not just insulin. Pelosi would use expected savings to provide vision, dental and hearing coverage for older adults. Most Republicans oppose that approach as an expansion of government price-setting.

Although the White House and Pelosi's office were in conversations last year about prescription drug legislation, the relationship between the two leaders has been tense and angry for months.

Verma, head of the Centers for Medicare and Medicaid Services, said 1,750 insurance plans that offer drug coverage to Medicare recipients have agreed to provide insulin for a maximum copay of $35 a month next year. It will be available through “enhanced” plans that may cost more per month but offer additional benefits such as reduced cost-sharing on certain drugs. The cap on copays is expected to lead to a small increase in premiums.

Importantly for patients, the new benefit would cover a range of insulin products, including pen and vial forms for rapid-acting, short-acting, intermediate-acting and long-acting versions.

One out of three people with Medicare have diabetes, and more than 3 million use insulin. At list prices, the drug can cost more than $5,000 a year. Although insured patients don't pay that, they do notice rising copays that are based on the full cost. People who can't afford their insulin may try to cope by reducing their doses, a dangerous calculation that can put their lives in jeopardy.

Medicare's prescription drug benefit is offered by private insurers, either as a stand-alone “Part D” drug plan added to traditional Medicare, or as part of a managed care plan under Medicare Advantage. The taxpayer-subsidized private plans are closely regulated by the government, but by law Medicare is barred from negotiating drug prices — something Democrats including presidential candidate Joe Biden want to change.

Insurers and drugmakers welcomed the announcement. The industry group America's Health Insurance Plans called it an “excellent example of public-private partnerships where everyone wins.” The Pharmaceutical Research and Manufacturers of America said it's pleased to see the administration focused on lowering out-of-pocket costs for patients.

Medicare estimates that about 6 in 10 beneficiaries are already in prescription drug plans that will offer the new insulin benefit. Those whose plans don't offer the new option can switch during open enrollment season, which starts Oct. 15. Medicare's online plan finder will help beneficiaries find plans that cap insulin copays.

The insulin benefit will be available in all 50 states, Washington, D.C., and Puerto Rico. Participation is voluntary for insurers and Medicare recipients alike.

In a twist, the new Trump insulin option stems in part from experimentation authority that Medicare gained under the Obama-era Affordable Care Act, which the White House is seeking to overturn as unconstitutional. 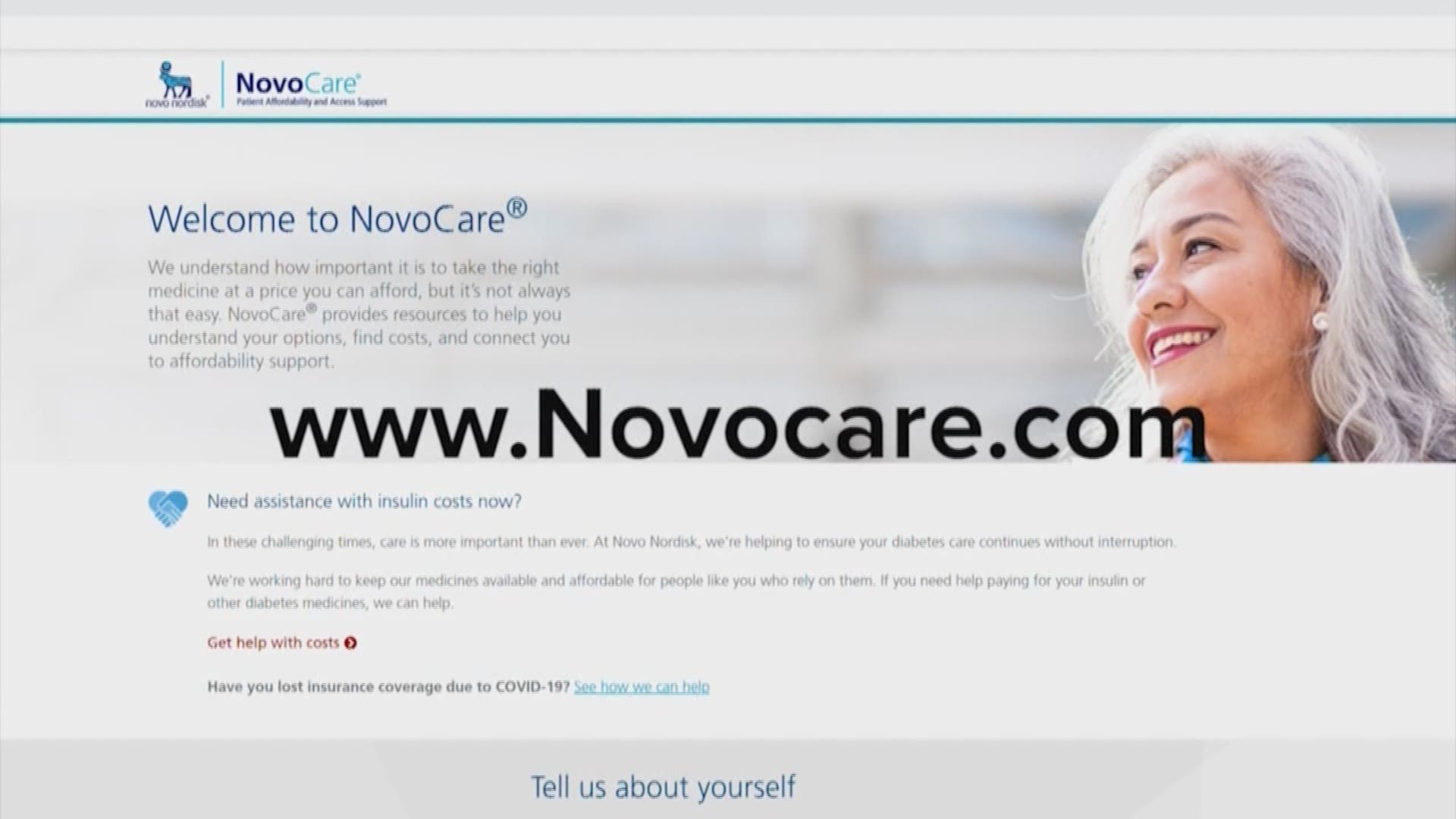