Authorities said five children under the age of 13 were among those killed. 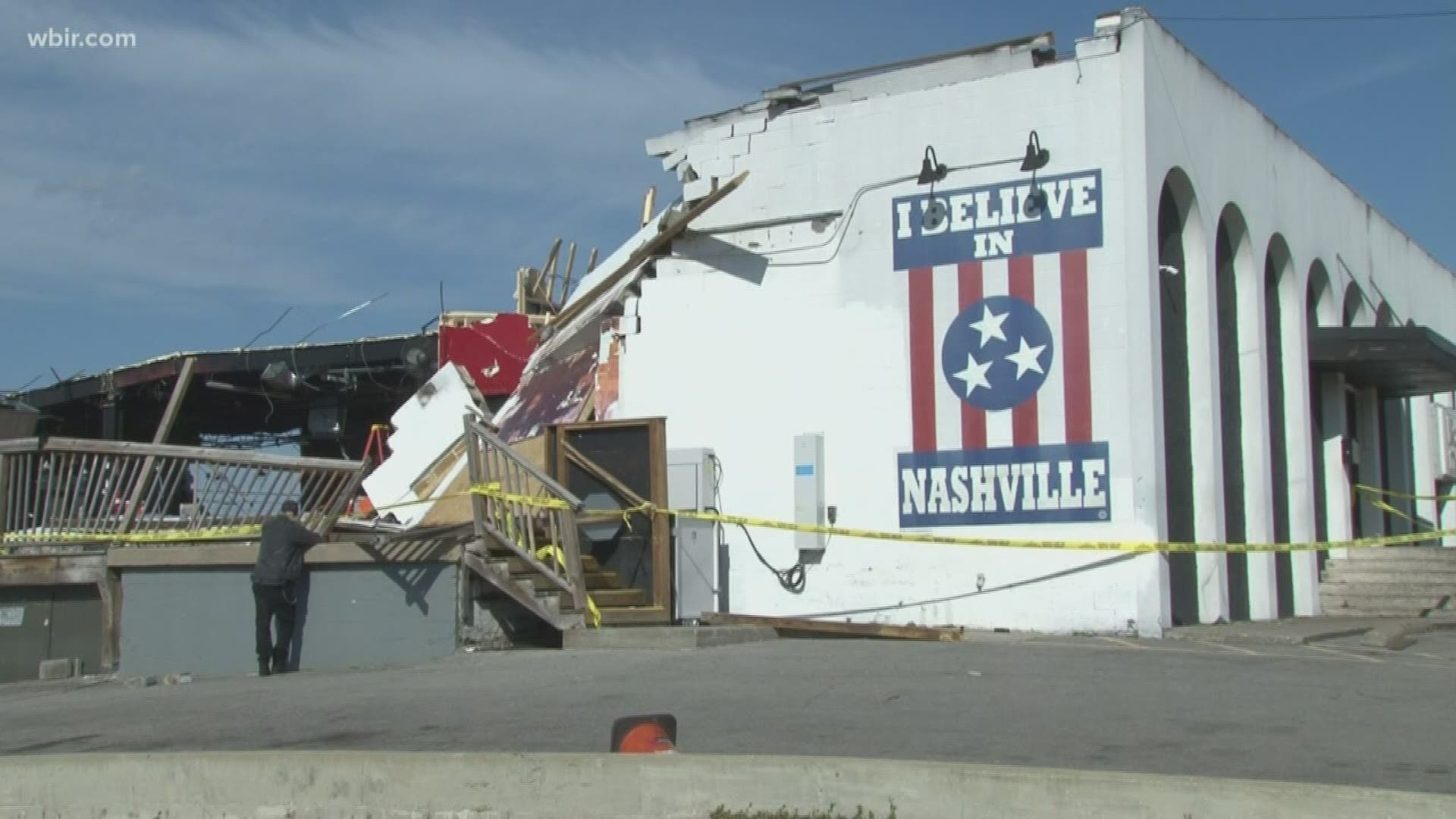 NASHVILLE, Tenn. — Tornadoes ripped across Tennessee Tuesday morning, shredding at least 40 buildings in the Nashville area and 100 more east of the city. Twenty-four people have died.

The National Weather Service confirmed there was at least one EF-03 tornado hit the Metro Nashville area.

Another wiped out much of a subdivision in Putnam County, east of Nashville, where the sheriff says more survivors could be trapped in the rubble of their homes.

On Tuesday evening, nearly 90 people had been reported missing earlier Tuesday night, but most of them have since been found. They're hoping that those on the list have just not checked in with loved ones and do not even know they have been reported missing. As of Wednesday morning, the number of people unaccounted for was decreased to 22.

Rescuers searched through shattered neighborhoods for bodies Tuesday, less than a day after the tornadoes ripped across the capital city and other parts of the state as families slept.

At least 18 people were killed in Putnam County, which is located about halfway between Nashville and Knoxville and is home to Tennessee Tech University in Cookeville. The Putnam County Mayor revealed at a Wednesday morning briefing five of the 18 people who died were children under the age of 13.

A state Democratic Party spokeswoman says a judge has ruled that all Tennessee polls must extend Super Tuesday hours in the wake of tornado destruction.

The Tennessee Democratic Party had sued the Davidson County elections commission and Tennessee Secretary of State Tre Hargett’s office to extend voting hours in the tornado-stricken county.  The suit sought to extend polling hours from 7 p.m. to 10 p.m. Central Time.

GoFundMes have been started to support the impacted families. 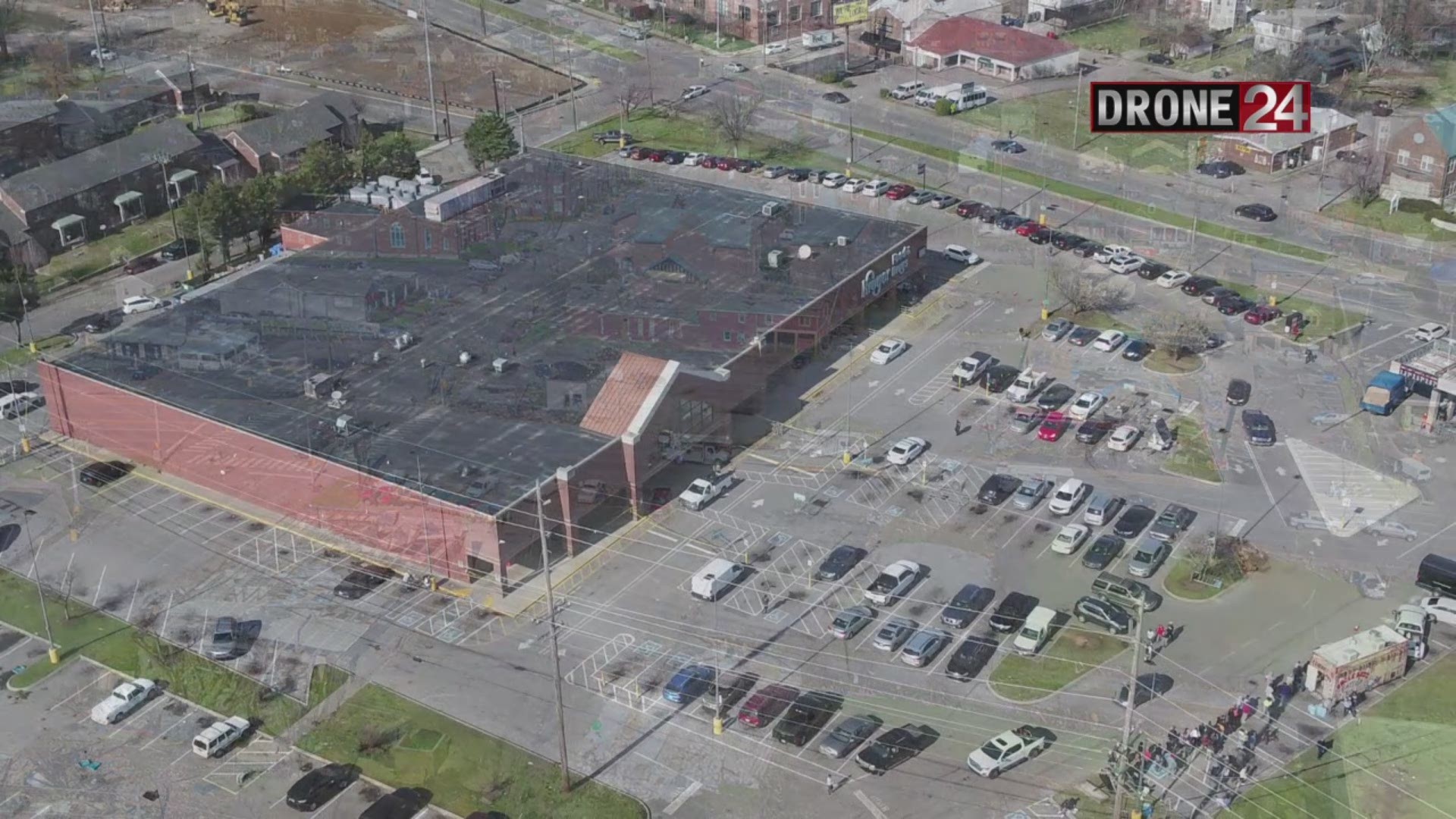 At a press conference earlier Tuesday morning, Lee said there was a "really good possibility that there may be more" deaths, after initially announcing nine deaths. "It's early yet," he said.

Lee had said a number of people were missing and injured, but did not provide numbers.

The National Weather Service in Nashville said early survey results show tornado damage from 155-160 mph winds in Mount Juliet, and 160-165 mph in Davidson County. They tweeted that damage found in neighborhoods might possibly have been caused by the same tornado.

Police identified a couple who were killed by falling debris in East Nashville during the overnight tornadoes. Michael Dolfini, 36, and his girlfriend, Albree Sexton, 33, had just left Attaboy lounge, where Dolfini worked, Nashville police said on Twitter.

The tornado that hit Nashville reportedly stayed on the ground into Hermitage, about 10 miles east of the city. A video posted online appeared to show a well-defined tornado in eastern Nashville.

The National Weather Service issued two tornado warnings for Putnam County, east of Nashville. The tornadoes were confirmed on radar.

“Last night was a reminder about how fragile life is,” Cooper said.

RELATED: Can you outrun a tornado in your car?

RELATED: Why tornado sirens aren't the best way to learn of tornadoes.

WTVF reporter Chris Conte tweeted a video of the newscast announcing that the tornado was hitting the TV station.

Conte also tweeted photos saying Nashville had taken a "direct hit" and that the downtown was "devastated."

Other people were also tweeting videos and photos of the storm and its aftermath.

As the storm progressed, the term "TAKE COVER NOW" was repeatedly sent out on Twitter by the National Weather Service and other agencies.

Police were searching for injured people and pleading with the able-bodied to stay indoors, at least until daybreak could reveal the dangers of a landscape littered with blown-down walls and roofs, snapped power lines and huge broken trees.

Some schools already closed for Super Tuesday voting will be kept closed for another week or more to handle repairs.

The Associated Press reported John C. Tune Airport “sustained significant damage due to severe weather,” according to an airport spokeswoman. Several hangars have been destroyed and power lines were down.

A reported gas leak in the Germantown community of Nashville forced an evacuation shortly after the tornado moved through the city. Photos showed dozens of people in the street carrying belongings.

Cooper had tweeted out condolences and a message of hope.

"Nashville is hurting, and our community has been devastated. My heart goes out to those who have lost loved ones. Be sure to lend a helping hand to a neighbor in need, and let's come together as a community once more. Together, we will get through this and come out stronger," Cooper tweeted.

Lee and his wife sent prayers across the state. He said he was working closely with Tennessee Emergency Services and local officials.

YouTube personality Olan Rogers posted a photo of the damage to the Soda Parlor, known for its craft sodas and sundaes.

A producer for WTVF tweeted a photo she said showed that the tornado had taken a chunk off a building.

Country singer Chely Wright tweeted that most of her neighbors had let her know they were OK.

This is a developing story. More details to come. The Associated Press contributed.