Troy Vincent, who oversees NFL football operations, told the 32 teams Wednesday that “accountability” is required on the sidelines. 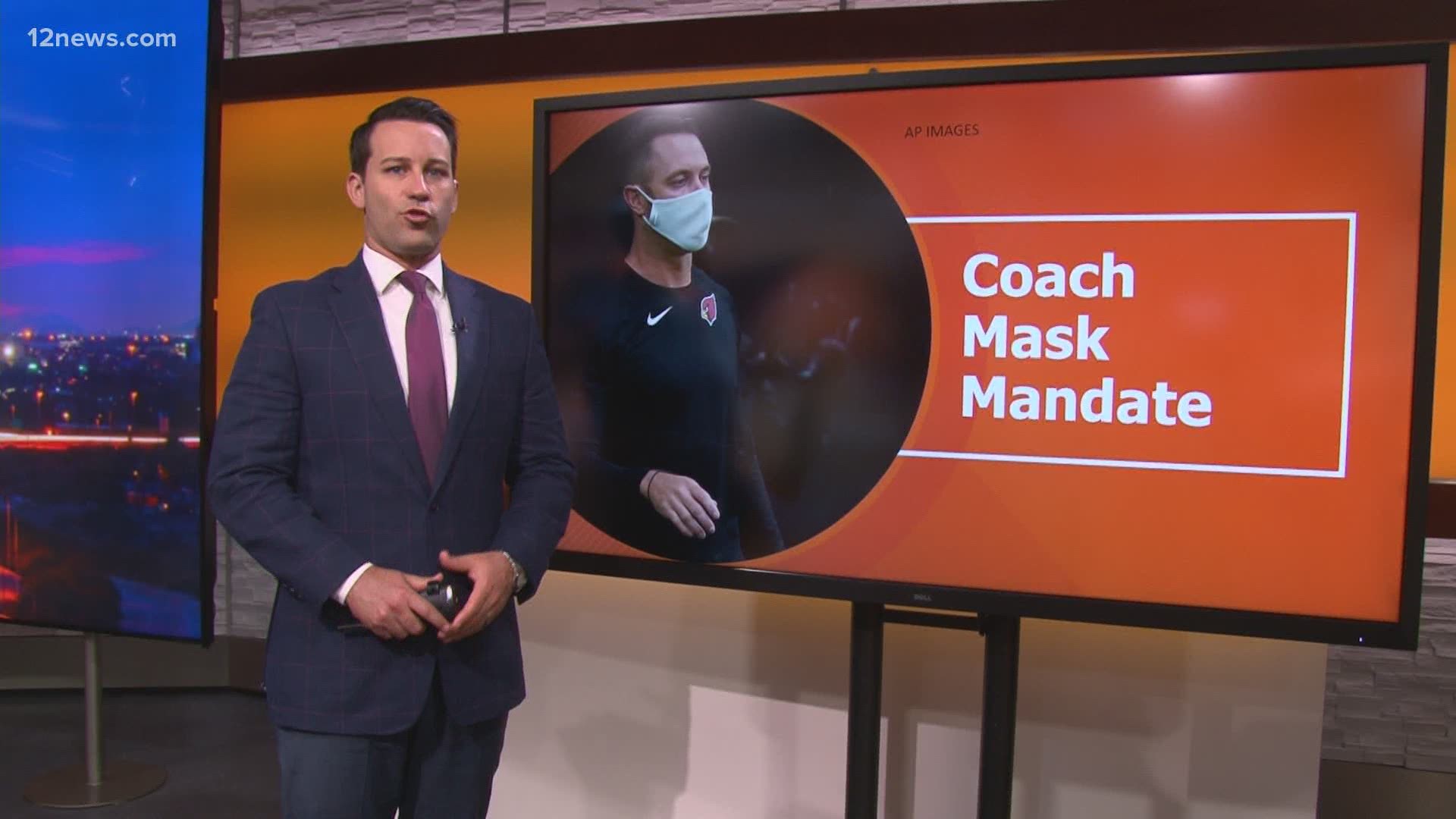 The NFL is threatening teams with possible suspensions for sideline personnel, including coaches, who do not properly wear face coverings during the pandemic.

Forfeiting draft picks also could be among disciplinary measures for failing to comply with league/players' union protocols.

In a memo obtained by The Associated Press, Troy Vincent, who oversees NFL football operations, told the 32 teams Wednesday that “accountability” is required on the sidelines.

“We will continue to address lack of compliance with accountability measures that may also include suspensions of persons involved, and/or the forfeiture of a draft choice(s),” Vincent wrote.

“As you know, the game-day protocols agreed to with the NFLPA require that coaches and other non-player personnel wear appropriate face coverings at all times on the field and in the coaches’ booths. ... While we saw significant progress in Week 3 with compliance from club personnel, wearing of protective equipment is still not universal, and this lack of compliance creates unnecessary risk to game-day participants.”

The NFL has fined several coaches $100,000 for lack of compliance, including Sean Payton of New Orleans and Jon Gruden of Las Vegas, who both have said they contracted and recovered from the coronavirus.

RELATED: Two female coaches and official in the same game make history for women in the NFL

RELATED: Mike Ditka addresses protesting players again: 'If you can't respect this country, get the hell out'