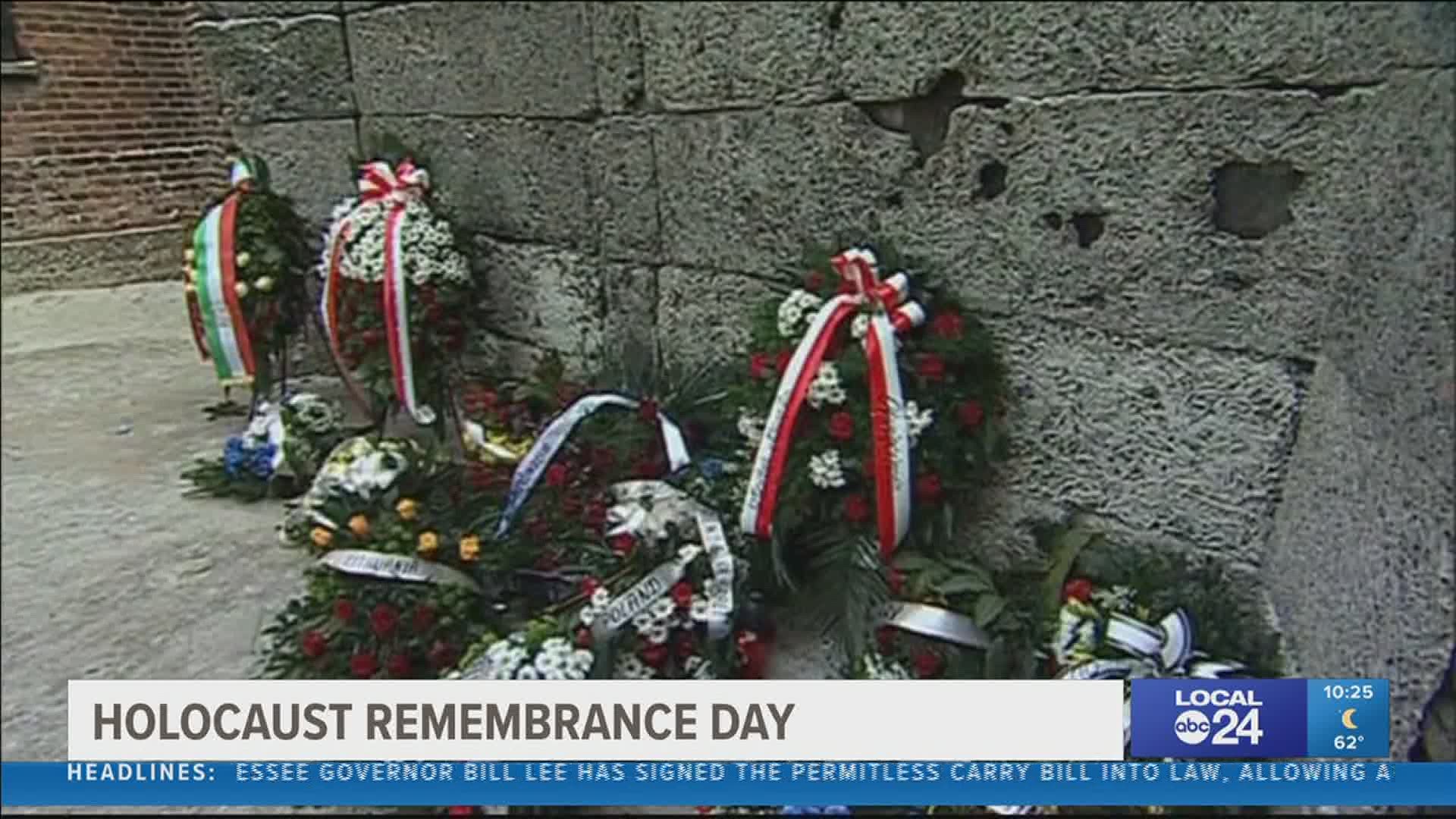 MEMPHIS, Tennessee — Israel is remembering the greatest calamity to fall on Jewish people, the Holocaust.

During that period nearly 6 million Jews lost their lives.

"A guy came on a bicycle said woke everybody up the German army will be here tomorrow morning," said Weinreich.

Weinreich is from Lodz, Poland and one of nine children. He and his family were forced to leave their homes and designated to one room in a ghetto.

"There was hunger because that little ration you got every two weeks you got a meager ration," explained Weinreich . "You could not survive on that ration."

The little food they were given was only enough for about three days.

"I saw people hold food in their mouths, they were afraid to swallow because they wouldn't have it anymore. In the Lodz ghetto my mother died from hunger."

Today I had a chance to sit down with 101-year-old Sam Weinreich, the oldest living Holocaust survivor in Memphis. He shared the atrocities he survived and why it’s crucial we never forget. #HolocaustRemembranceDay pic.twitter.com/fkEfKA5zmF

He later left Poland after the Germans told Sam he would receive more food in Germany.

In one concentration camp Weinreich's jobs included carting dead bodies. He also visited doctors in their tents, singing to them for an extra piece of bread - which helped him when he had typhus.

At one point he was beaten for picking up a carrot from the ground.

"He knocked seven teeth out of my mouth because of picking up something on the road," said Weinreich. "I could not eat anymore whatever they served."

In 1945, at the end of World War II, the Germans evacuated the camp, and prisoners were forced from trains when bombs began falling. Weinreich and another man hid in the forest for two days before encountering an American soldier.

"When the solider turned around I noticed on the lapel an American flag. I knew then that we were already saved."

In sharing his story Weinreich honors the lives lost and aims to keep atrocities like the Holocaust from happening again.