The gown featured a low back, a specific request from Princess Eugenie who had surgery to correct scoliosis at age 12. 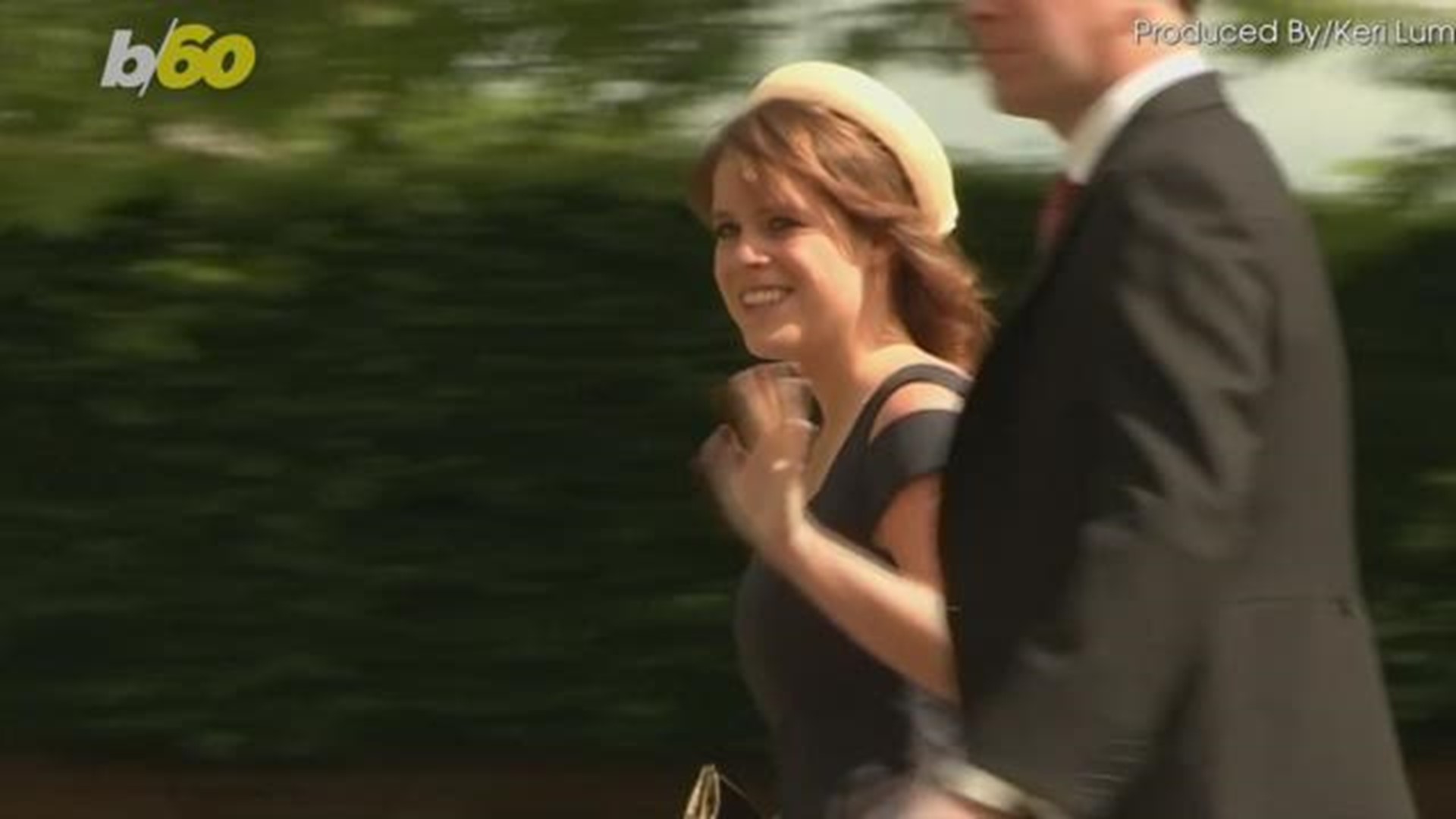 Princess Eugenie of York made quite a fashion statement on her wedding day.

The ninth in line to the throne wore a dress by Peter Pilotto and Christopher De Vos, co-founders of the brand Peter Pilotto, for her marriage to Jack Brooksbank Friday. The princess specifically requested the low back on the gown which showcased her scar from a childhood battle with scoliosis.

The look was assembled over numerous fittings. Its inner-workings included a corset and underskirt. Its outer layers featured a fitted bodice, voluminous skirt and long train. The dress' unique neckline folded over Eugenie's shoulders and formed a shallow V-neck.

Eugenie wore the sparkling Greville Emerald Kokoshnik Tiara, on loan from the queen. The gleaming headpiece was crafted by Boucheron in 1919 and features diamonds and emeralds set in platinum. Eugenie opted not to wear a veil, which seemed smart, considering the strong wind.

The 28-year-old daughter of Queen Elizabeth's second son, Prince Andrew, Duke of York, and his ex-wife, Sarah Ferguson, Duchess of York, worked closely to collaborate with the designers on the dress according to a press release from the royals.

Princess Eugenie's choice to showcase her health struggle came as no surprise. Eugenie was "very proud" to share her X-rays for the first time in honor of Scoliosis Awareness Day, in June. In 2002, at age 12, Eugenie had an 8-hour operation, during which a pair of eight-inch titanium rods were inserted near her spine, affixed with one-and-a-half inch screws.

Eugenie’s dress also included meaningful symbolism: a Thistle for Scotland as Eugenie and her groomshare a love for Balmoral; a Shamrock for Ireland, which represents Eugenie’s maternal side of the family; the York Rose; and ivy, which alludes to the pair’s dwelling.

The dress designers "reinterpreted these symbols in a garland of rope like motifs, woven into a jacquard of silk, cotton and viscose blend," the release said.

In addition to the tiara, Eugenie accessorized with coordinating diamond and emerald earrings, a wedding present from her beloved Brooksbank. Her satin pumps are Charlotte Olympia.

Eugenie revealed that her gown would be crafted by a "British-based designer" to British Vogue.

"(The dress) is the one thing that I was really decisive about," she told the outlet. "As soon as we announced the wedding, I knew the designer, and the look, straight away. I never thought I'd be the one who knew exactly what I like, but I've been pretty on top of it."

The Peter Pilotto label was established in London in 2007.

Speaking to Pret-a-Reporter in 2015 about the brand's aesthetic, Pilotto said, "You don't really know our clothes from the runway. You need to experience them in person and touch them to understand how much work, experimentation, patterns and building goes into every collection."

Pilotto also described his customer, which seems an accurate description of Eugenie. "She's international. She travels all the time," he said. "And she likes to have fun with fashion. She's not shy."

1 / 21
ANDREW MATTHEWS
Britain's Princess Eugenie of York and her husband Jack Brooksbank kiss as they emerge from the West Door of St George's Chapel, Windsor Castle, in Windsor, on October 12, 2018. (ANDREW MATTHEWS/AFP/Getty Images)