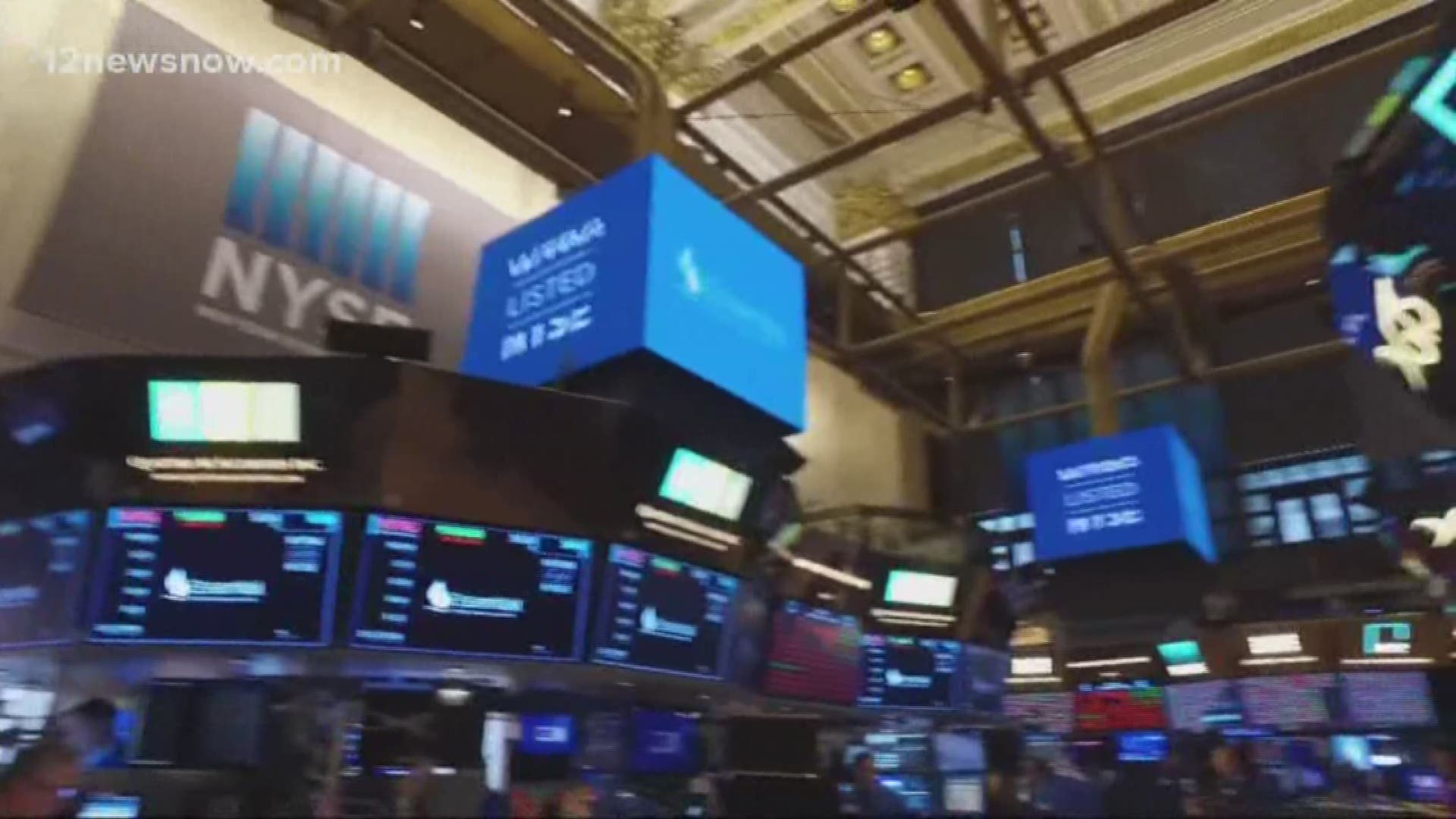 The Dow Jones Industrial Average surged more than 1,200 points, or 5%, on hopes that central banks will take action to shelter the global economy from the effects of the coronavirus outbreak.

The huge gains clawed back some of the ground lost in a massive sell-off last week.

The Dow jumped 1,293 points on Monday to 26,703. It was the biggest-ever point gain for the Dow and the biggest percentage gain since March 2009.

Gloomy forecasts for the world economy have hurt sentiment overall.

Japan's Nikkei 225 index recovered from early losses, gaining 1% after the Bank of Japan promised to step in to support the economy.

Meanwhile, the price of oil has dropped precipitously as global demand weakens even further. That has sent shares tumbling for oil giants like Exxon and Chevron while smaller producers with idling rigs continue to slash jobs.

Oil industry analysts fear that what they thought was a contained disruption may instead lead to more travel restrictions and even less oil consumed.