Tokyo Olympics: Differences inside and outside the National Stadium

The head of the world governing body of track and field helped Japanese officials run a meet at the new National Stadium this weekend. 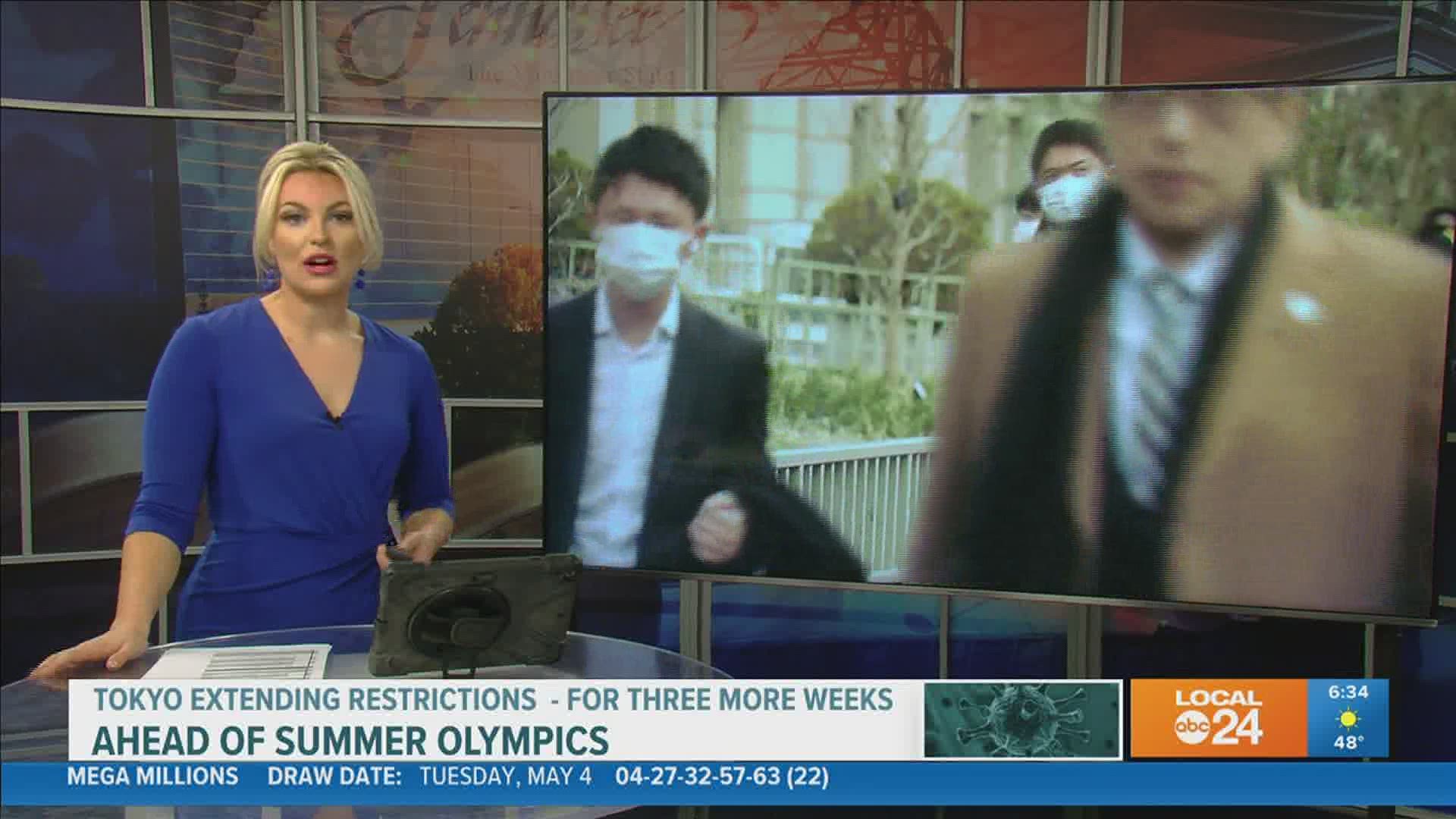 Seated inside Tokyo's new $1.4 billion National Stadium, Sebastian Coe again tried to reassure athletes and skeptical residents of Japan that the postponed Olympics will be safe when they open in just under 11 weeks.

An IOC member and two-time Olympic gold medalist, Coe heads track and field's world governing body World Athletics, which ran a test event on Sunday with 420 athletes — only nine of whom entered from outside Japan to compete.

The Olympics and Paralympics will draw 15,000 athletes and tens of thousands of officials, judges, media and broadcasters. They will enter a country that has essentially had its borders sealed for more than a year.

"I recognize that nine athletes coming for a test event is very different from thousands of competitors coming to this city over the course of the summer months," Coe said.

He added that he was "very empathetic" with the concerns of a Japanese public that has shown in polls it overwhelmingly opposes holding the Olympics during a pandemic.

Outside the stadium, the scene was different with about one hundred "anti-Olympic" protesters marching around the venue in central Tokyo chanting and holding posters that read: "Olympics Kill The Poor" and "Olympics — Just Stop It."

"There is an infectious disease going on and so I think they should spend more money on medical care," said Takashi Sakamoto, who attended the rally. He said he works in warehouses and cleans buildings.

"Even before the pandemic, there were people who can't buy food and became homeless, and the pandemic has made things worse," he added.

Miyuki Otomo, a retired teacher attending the rally, called the Olympics a "horrendous event" that is being pushed on the public for commercial reasons.

"If the Olympics were really a normal event, they would simply cancel it because of the pandemic."

Opposition to the Olympics seems to be rising in Japan, though the small rally belied that. An online petition asking for the games to be canceled attracted 300,000 signatures in just three days and was still climbing Sunday.

Some medical officials in Japan have also suggested the Olympics be canceled, as did the British Medical Journal in a editorial last month. The virus and its spreading variants are taxing Japan's health-care system with only 2% of the population vaccinated.

Olympic organizers have asked for 10,000 medical specialists to help during the games, but say their deployment will not affect ordinary Japanese.

Despite public opposition, all signs point to the Olympics opening on July 23. Japan has officially spent $15.4 billion on the Olympics — some estimates suggest twice that — and the International Olympic Committee relies on billions in television broadcast income that has been stalled by the pandemic.

"Absolutely, it's going ahead," IOC vice president John Coates said Saturday speaking in Australia. Coates has been in charge of the IOC's preparations in Tokyo.

Starting with Prime Minister Yoshihide Suga, to organizing committee President Seiko Hashimoto, the message has been the same: the games can be held and will be "safe and secure," usually citing World Health Organization guidance.

Hashimoto was forced to backpedal on Friday. She encouraged IOC President Thomas Bach not to make a pending visit to Japan this month with a state of emergency in Tokyo and elsewhere extended until May 31 because of the spreading virus. It was to end on Tuesday.

Japan has attributed almost 11,000 deaths to COVID — good by world standards but poor compared to Asian neighbors like Taiwan and Vietnam.

The IOC announced a few days go that vaccine developers Pfizer and BioNTech would donate doses to inoculate athletes and officials preparing for Tokyo. The IOC has repeatedly said the Olympics were being organized as if the vaccines were not available, but has pushed hard to get athletes vaccinated.

Several Japanese athletes competing in the meet were asked if they would take the vaccine. Most said they needed to think about it, but Japanese 5,000-meter runner Hitomi Niiya said she opposed putting athletes at the front of the line.

Japanese swimmer Rikako Ikee said in a recent post that she had been asked by online followers to pull out of the games.

Ikee, who termed the messages "painful," was diagnosed just over two years ago with leukemia, and has made a valiant comeback to land a place on Japan's Olympic squad. She has been portrayed by organizers as a heroic symbol of the games.

"I understand it is inevitable and natural that many people are demanding the Olympics be canceled," she wrote. "All the athletes, including myself, feel all we can do is to accept what gets decided — if the Olympics go on or not — and do our best if they are on."

Coe acknowledged these Olympics would not be "business as usual."

"Is it perfect? No," he said. "But the vast majority of athletes I speak to are just wanting to get into the games, understanding that it will not be the type of games they have experienced before."