The Trump Baby Blimp was designed by a group of friends who met in a London pub to discuss how they could speak out against Trump’s policies. 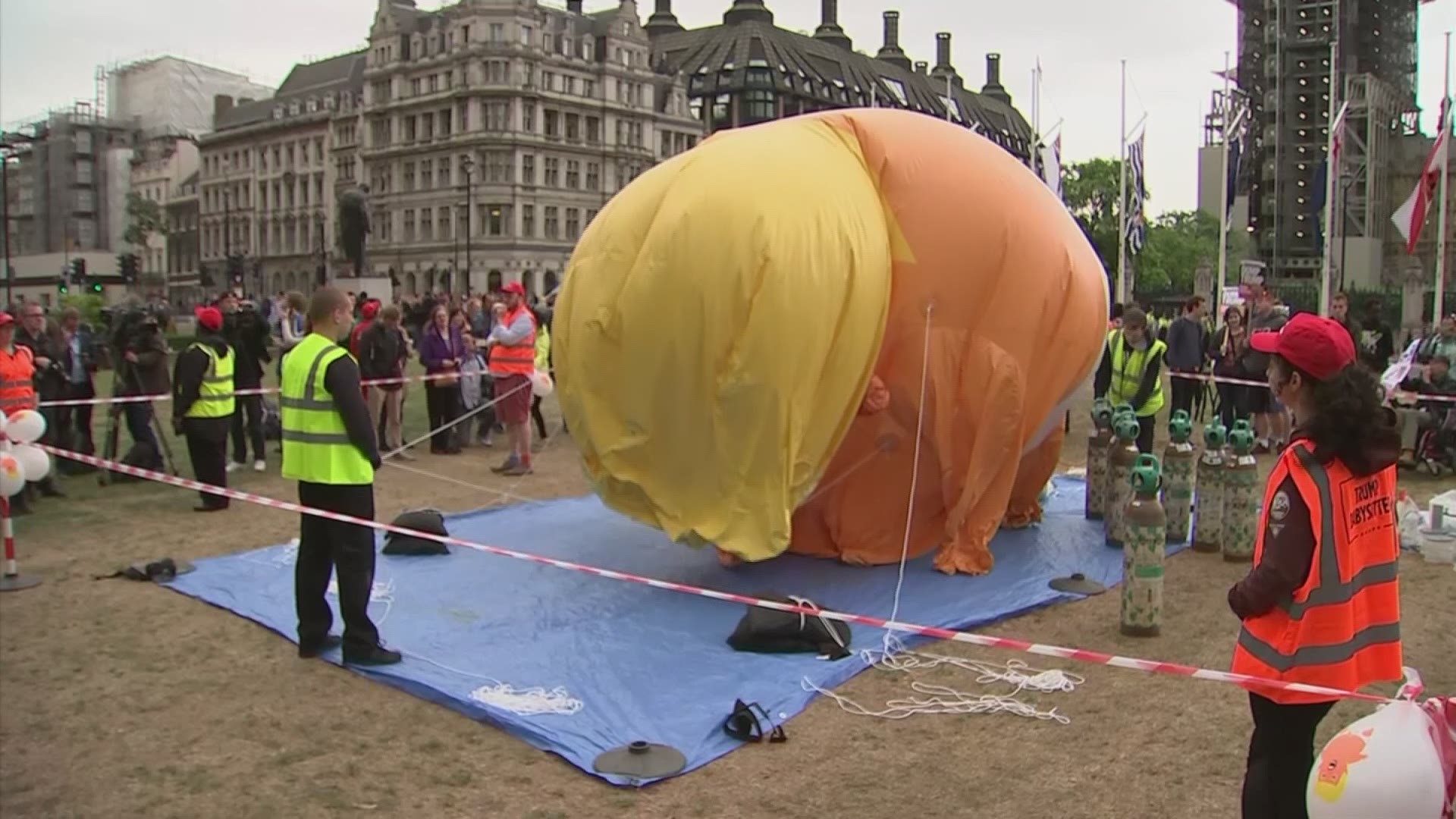 The Trump Baby Blimp will live on long after its namesake has left the White House.

The Museum of London said Monday that it had added the giant balloon, which depicts Donald Trump as a screaming orange baby, to its collection as an illustration of the protests that greeted the U.S. president when he visited the city in 2018.

“By collecting the baby blimp, we can mark the wave of feeling that washed over the city that day and capture a particular moment of resistance,” Sharon Ament, the museum's director, said in a statement.

The blimp will become part of the museum’s protest collection, which includes artifacts from the women’s suffrage movement, peace activists who opposed the war in Iraq during the early 2000s, and more recent protests against public spending cuts.

The Trump Baby Blimp was designed by a group of friends who met in a London pub to discuss how they could speak out against Trump’s policies. What they came up with was a giant balloon that caricatured Trump as a screaming, diapered baby clutching a smart phone and topped by a quiff of yellow hair.

The blimp flew outside the Houses of Parliament on July 13, 2018, when thousands of demonstrators crammed the streets of central London to protest Trump’s visit to the capital.

“We hope the baby’s place in the museum will stand as a reminder of when London stood against Trump, but will prompt those who see it to examine how they can continue the fight against the politics of hate,” the blimp’s creators said in the statement.