VERIFY: What articles of impeachment mean and what comes next

For only the fourth time in U.S. history, articles of impeachment have been drafted against an American president and approved by the House Judiciary Commi... 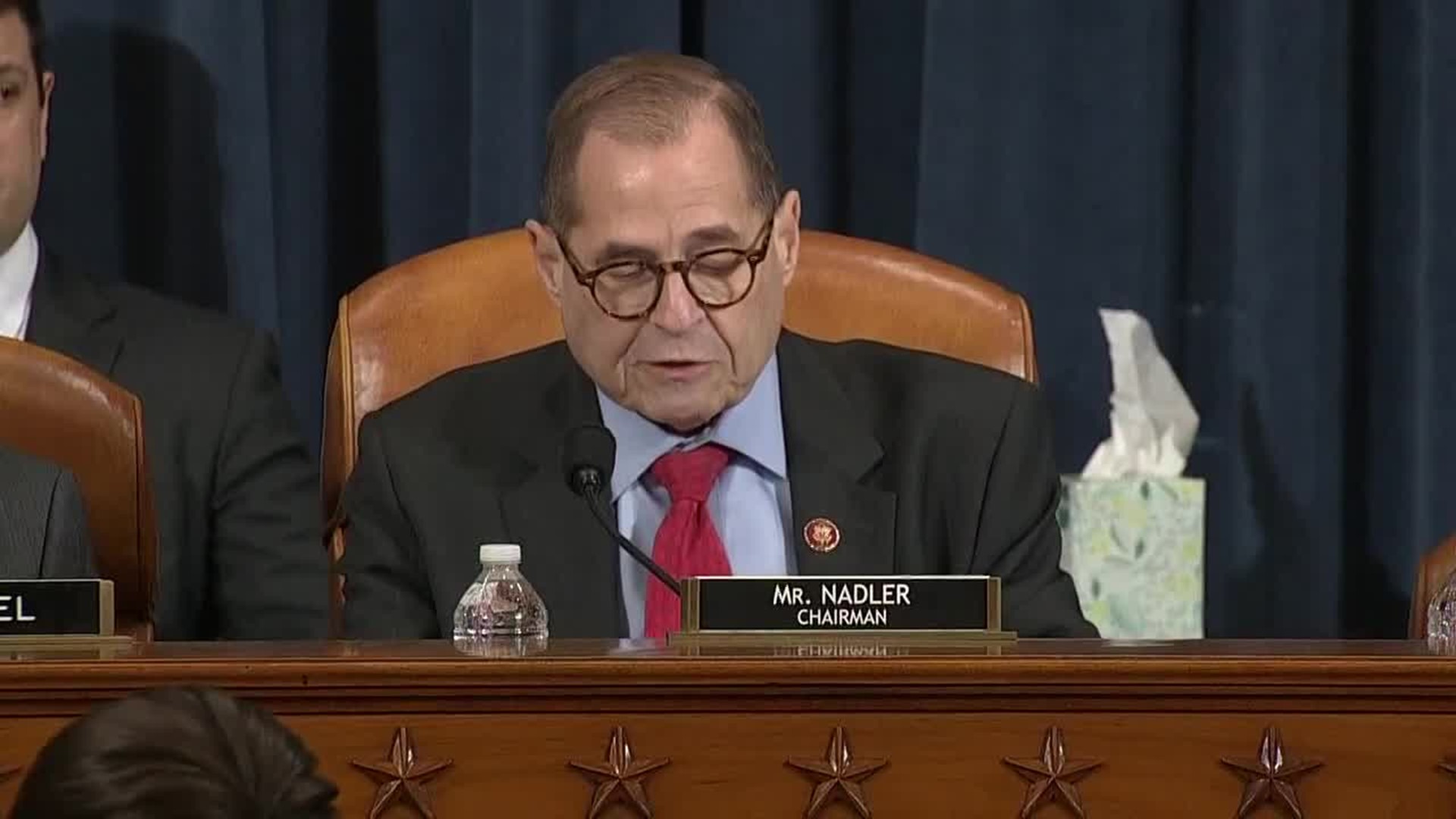 For only the fourth time in U.S. history, articles of impeachment have been drafted against an American president and approved by the House Judiciary Committee.

On Tuesday, House Democrats announced two articles of impeachment against President Donald Trump and on Friday morning the House Judiciary Committee approved both of them. So where do things go from here?

Two articles have been approved: one for abuse of power and the other for obstruction of Congress.

The abuse of power focuses on the central charge that Trump abused his office for personal benefit by trying to get Ukraine to announce investigations into Democratic presidential candidate Joe Biden by withholding aid.

The obstruction of Congress charge accuses Trump of directing members of the executive branch to not cooperate with Congress in their investigations into the first charge.

Before the articles could be presented to the full House of Representatives, they had to be voted on by committee. That’s what this week’s debate and Friday’s subsequent vote was about.

Here's the full text of the Articles of Impeachment that House Democrats drafted Tuesday. Worth reading yourself.

We'll have a breakdown of what this means later today.

The House Judiciary Committee had to vote on each article to send it to the full House. Both abuse of power and obstruction of Congress were passed along party lines, 23-17.

Articles of impeachment have been drafted against three former presidents and in all three cases, there were changes to the articles or failed articles at the committee level.

That means this is the first case in which every article of impeachment drafted against a president was approved by the Judiciary Committee. Now, both articles go to the House floor for a full vote.

The vote is expected to happen sometime next week.

If a simple majority of House members vote to approve the articles, then attention moves to the Senate – where a trial takes place.

Even if the House votes to impeach the president, it would require two-thirds of the Senate to vote to remove the president from office for any action to take place.

While three presidents have had articles of impeachment drafted against them, only two have actually been impeached and faced a trial in the Senate.

Nixon is the lone exception. He resigned from office after the House Judiciary Committee passed articles of impeachment, but before the full House could vote. Clinton and Johnson avoided removal from office by the Senate–although Johnson did so by just one vote.

Neither of the charges leveled against Trump are new. Nixon and Clinton both faced abuse of power charges and obstruction charges.

There are still multiple steps before the president is officially impeached or faces a trial.

A copy of House Resolution 755 on a desk for a House Judiciary Committee markup of the articles of impeachment against President Donald Trump, on Capitol Thursday, Dec. 12, 2019, in Washington. (AP Photo/Alex Brandon)

The full House of Representatives will both have to debate and vote on the articles. That could take some time, but House Democrats have said they hope to complete this process before their year-end recess.

If that happens, Trump could face a full impeachment and subsequent trial in the Senate in January 2020.

To read the full text of the drafted Articles of Impeachment, CLICK HERE.