Ethan Nordean and Joseph Biggs will have to return to jail while they await trial on charges related to the Capitol riot. 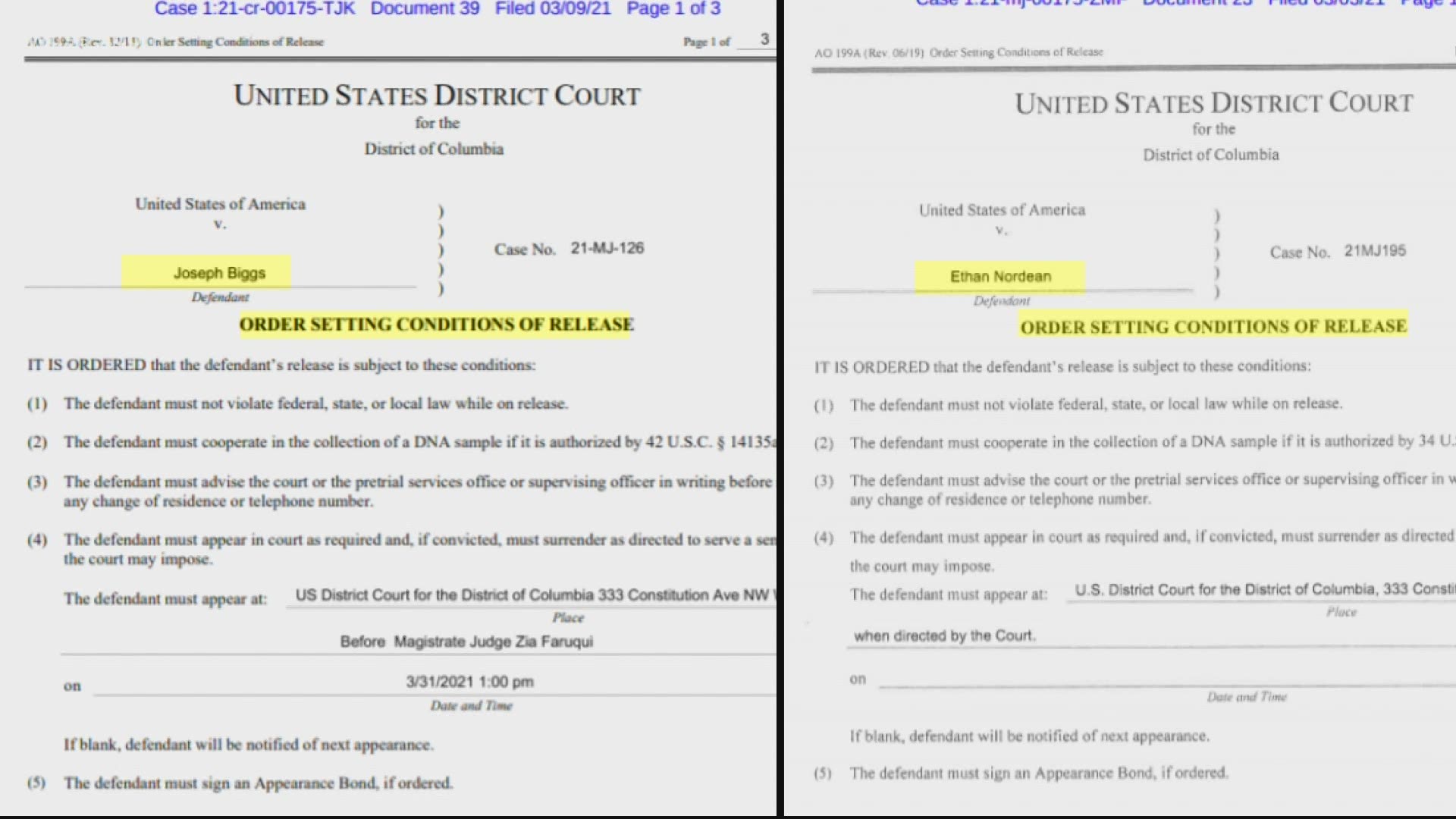 In March, that grand jury indicted Nordean, Biggs, Zachary Rehl and Charles Donohoe on charges of conspiracy, obstruction of an official proceeding, obstruction of law enforcement and destruction of government property.

The Justice Department then filed a new motion seeking to have Biggs and Nordean – who have been on pretrial release in Florida and Washington state, respectively – returned to custody. The motion included encrypted messages between the men and other Proud Boys discussing the possibility they could face “gang charges” if their planning communications were discovered in the wake of the arrest of Proud Boys leader Enrique Tarrio.

The ruling could be significant for the Justice Department’s efforts to negotiate plea deals with many of the 400+ Capitol riot suspects, according to former federal prosecutor Neama Rahmani.

“It’s much easier to get a plea deal when someone’s in custody,” Rahmani told WUSA9. “When folks are out enjoying their freedom, it’s tough for them to agree to a plea agreement that’s going to put them in federal prison.”

Nordean and Biggs had been granted pre-trail release on home detention/GPS monitoring after initial round of charges, but DOJ filed superseding indictment charging conspiracy, along with two new co-defendants. @USAO_DC asked pre-trail release be revoked based on new evidence.

Judges have recently leaned toward granting release to defendants in the case – even some accused of participating in the assault on police. Last week, a judge ordered the release of Federico Klein, a State Department appointee of former President Donald Trump, despite his “demonstrated willingness to use force to advance his personal beliefs.”

One defendant in the case, Oath Keeper Jon Schaffer, has now pleaded guilty to entering and remaining in a restricted building with a deadly or dangerous weapon and obstruction of an official proceeding.