Nicole Prado, of Gaithersburg, Maryland, is accused of participating in the storming of the U.S. Capitol building on January 6. 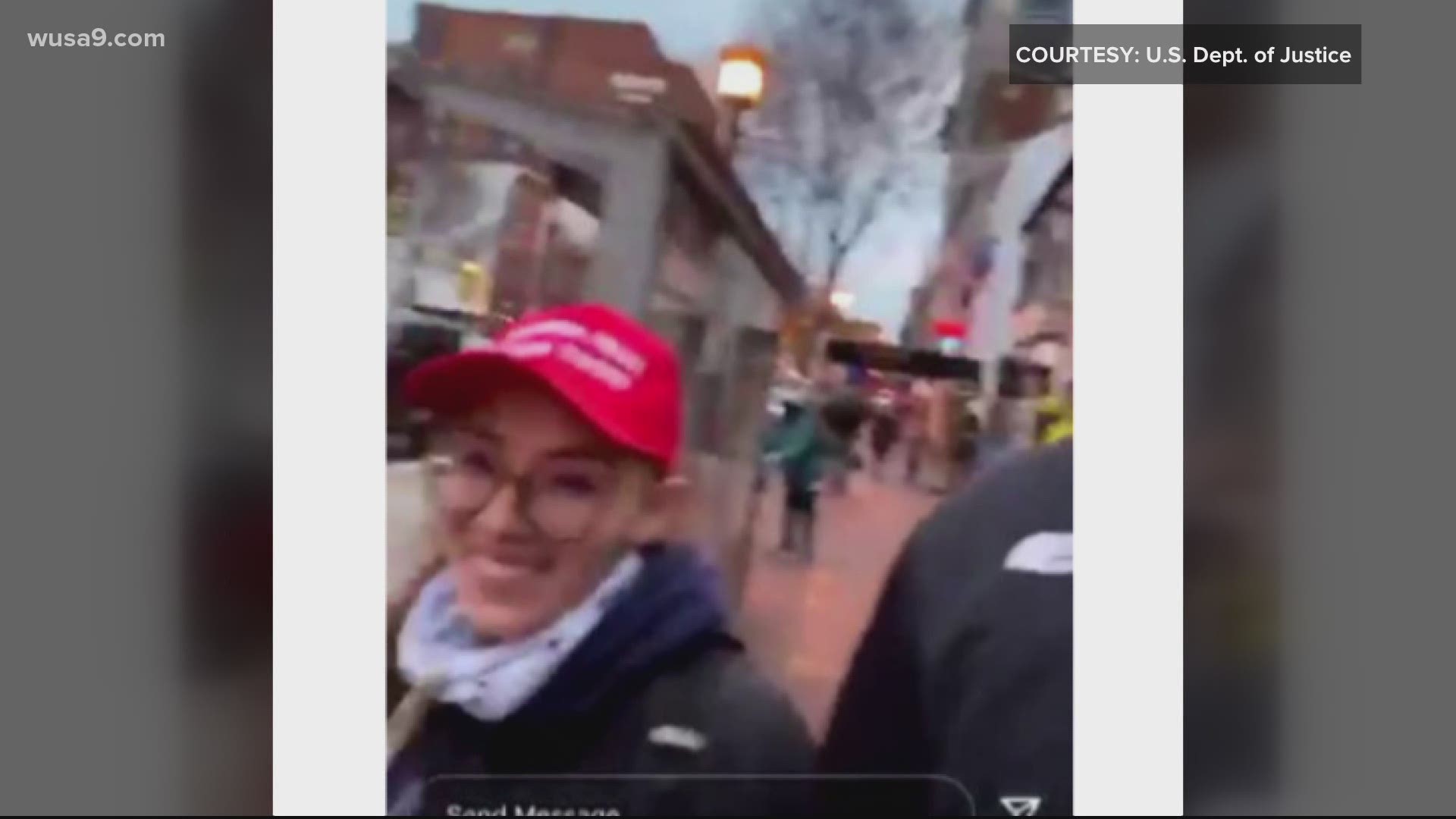 WASHINGTON — A Gaithersburg, Maryland, woman is now facing federal charges more than five months after the FBI learned of videos purporting to show her inside the U.S. Capitol building on January 6.

In newly unsealed court documents, the Department of Justice alleges Nicole Prado violated federal law by entering a restricted building without lawful authority, disrupting the orderly conduct of government business, engaging in disorderly and disruptive conduct in the Capitol and parading, demonstrating or picketing in the Capitol building.

According to a statement of facts filed June 3, the FBI was first alerted to Prado’s possible participation in the Capitol riot as early as January 7, when a tip was received saying she had traveled from Gaithersburg to take part in the riot. Investigators were then able to find images on an Instagram account belonging to an unnamed acquaintance of Prado that appeared to show her inside the U.S. Capitol building during the Capitol riot.

#CapitolRiot: Nicole Prado, of Gaithersburg, Maryland, is one of the latest charged in connection with January 6. She's accused of entering a restricted building, disrupting the orderly conduct of government and disorderly and disruptive conduct in the Capitol. @wusa9 pic.twitter.com/wQcaH5gsid

The FBI said the Instagram account had been deleted several days after the riot, but investigators were still able to recover data from it through a search warrant. That data included messages apparently referencing Prado in which the account owner said the FBI “ain’t gonna go after Nicole.”

Prado is the latest Maryland resident to be charged in connection with the January 6 insurrection. Other Maryland defendants include Daniel Egtvedt – who stands accused of assaulting police who tried to remove him from the Capitol – Christopher Alberts, accused of carrying a pistol and large-capacity ammo device to the Capitol, and Andrew Ryan Bennett, an alleged Proud Boy who, according to the Justice Department late last month, may be close to taking a plea deal.