Monday marked day one of the Derek Chauvin trial. Chauvin is charged in the death of Mr. George Floyd. 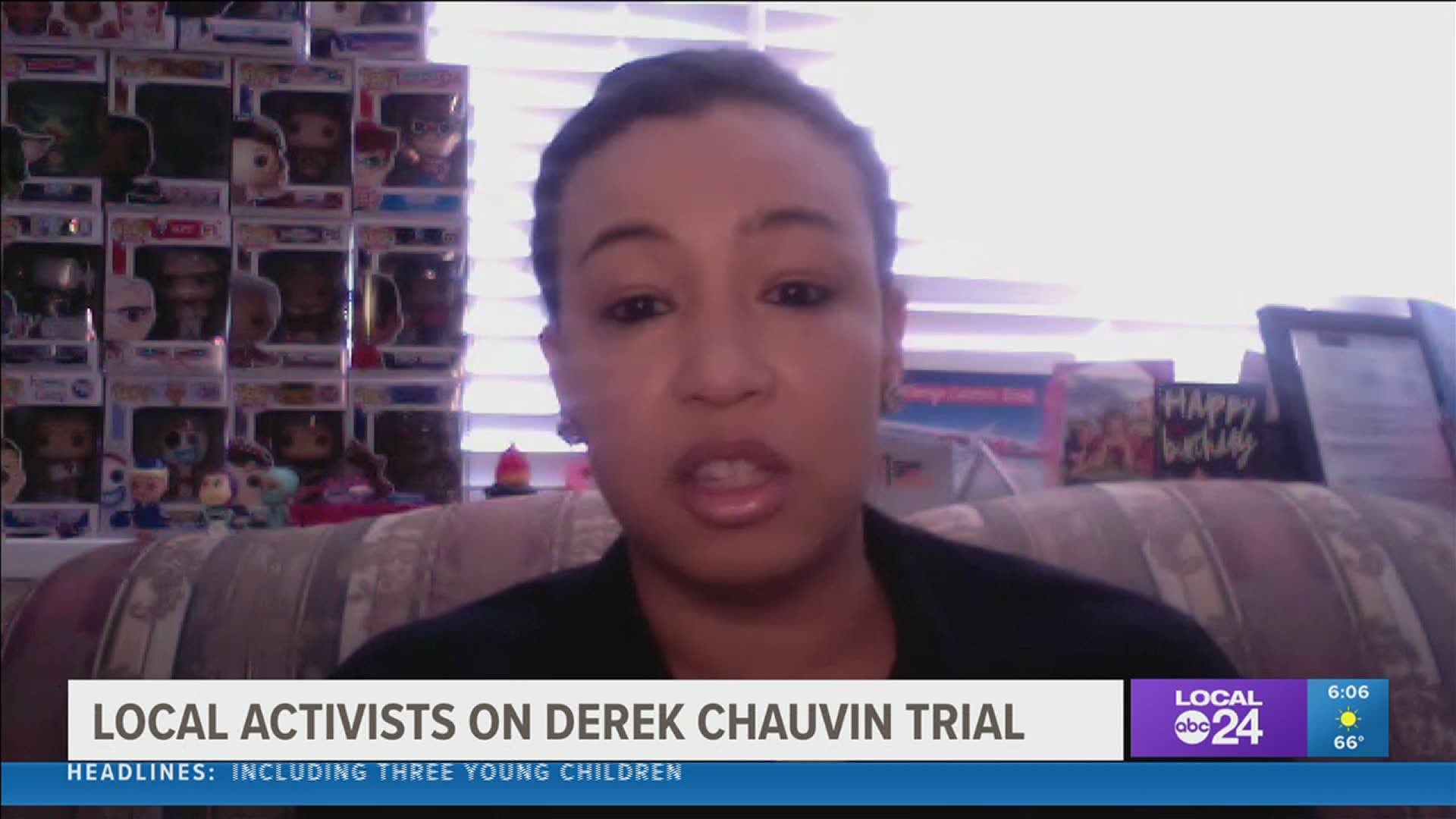 His death sparked protests around the nation including right here in Memphis.

The leaders of those demonstrations spoke with Local 24 News in a look back at what those protests signified for the city.

8 minutes and 46 seconds – that's how long Chauvin had his knee on George Floyd's neck.

“I was talking into my phone like to the officer like let him up you know let him up!” recalled activist Frank Gottie.

Gottie, like many, was emotional watching the video that set off protests around the world, including here in the Bluff City.

Today marks day one of the #DerekChauvinTrial. We’re speaking with local activists on the impact of the protests that followed in Memphis after #GeorgeFloyd lost his life.

Protesters and chants rang loud as they proclaimed “no justice, no peace.”

What is new are the cell phone videos capturing struggles between citizens and the police and being put online– leading to public calls for justice.

“It’s been necessary but you know now people are starting to wake up and see the reality of what’s going on in the world,” Gottie said.

Activist Theryn C. Bond said protests will be inevitable until those who are in power are held accountable.

“It’s going to forever be necessary until we in this country get this right. We being law enforcement, we being our elected officials. We being the judges.”

So where do we come from here?

“We’re slated to get another police director in a matter of weeks,” said Bond. “How will that person respond to an incident such as this?”

Pastor Dr. Earle Fisher said he’s learned enough to not be too optimistic about getting a guilty verdict.

In the meantime Bond said she's pushing for a more equitable justice system.

“Any level of police use of excessive force is unacceptable and that’s the tone that we need to set here in the city as citizens and also among our elected officials,” said Bond.