Security for Trump rioters was nothing like Black Lives Matter protests

Why was the law enforcement response to Trump supporter riots so slow? 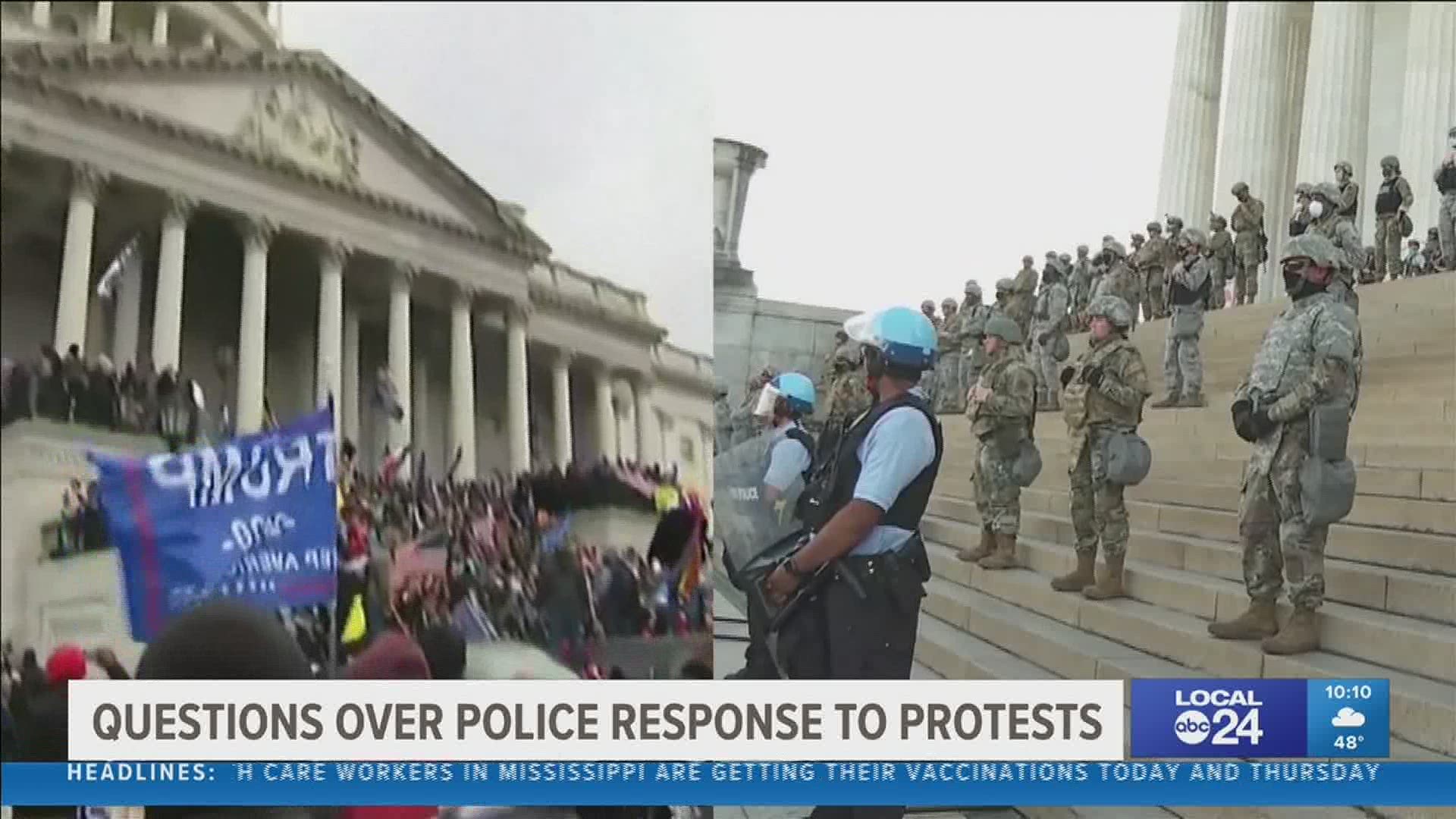 MEMPHIS, Tenn — As video replays of the deplorable events of today on Capitol Hill there are questions as to how this all happened.

Why were Capitol police so slow to respond? How did Trump supporters make it so far inside our Capitol?

If you noticed a stark difference between today's violence versus this summer's Black Lives Matter protests you're not alone.

Coming from a background of activism, Shelby County Commissioner Tami Sawyer couldn't help think of the antagonizing confrontations of law enforcement at the statues of confederate general Nathan Bedford Forrest during the Take'em Down 901 movement.

"We said, 'let's go look the horse in the eye' and within 8 minutes we were surrounded by at least 30 police officers. We didn't have a crowd with us. There were less that 7 of us," said Sawyer.

Then the chaos unfolding in the nations Capitol, at first, an unmatched law enforcement presence, strikingly different from what the world witnessed waiting for peaceful Black Lives Matter protesters on the same Capitol Hill steps this summer.

"You see these Trump supporters storming the Capitol Building. Storming one of the most prominent figures of our democracy of our country. Standing in Vice President Mike Pence's chair, climbing over railing, tearing down flags and replacing them with flags of the confederacy and even to the point someone lost their life because of gunfire inside of the Capitol," said Sawyer.

Journalist Wendi Thomas tweeting, "If that mob had been Black, Brown or agitating for progressive and legitimate causes. There aren't enough body bags in the DMV to handle the carnage law enforcement would have created."

If that mob had been Black, Brown or agitating for progressive and legitimate causes... There aren't enough body bags in the DMV to handle the carnage law enforcement would have created.

There was no carnage despite the violence and nothing of this resembled this summer's protests for justice.

"Those are the actions Black Lives Matter protesters have been accused of taking and it's never been proven that we show any violence," said Sawyer.

Sawyer says a rift of racism continues to plague the United States.

"If you call something by its name you take it's power, so if we call what we saw today a display of white supremacy, a display of terrorism by white supremacists, violent actions, disrespectful actions. It's nothing like a protest marching down the street or standing in a park in front of a confederate statue," said Sawyer.