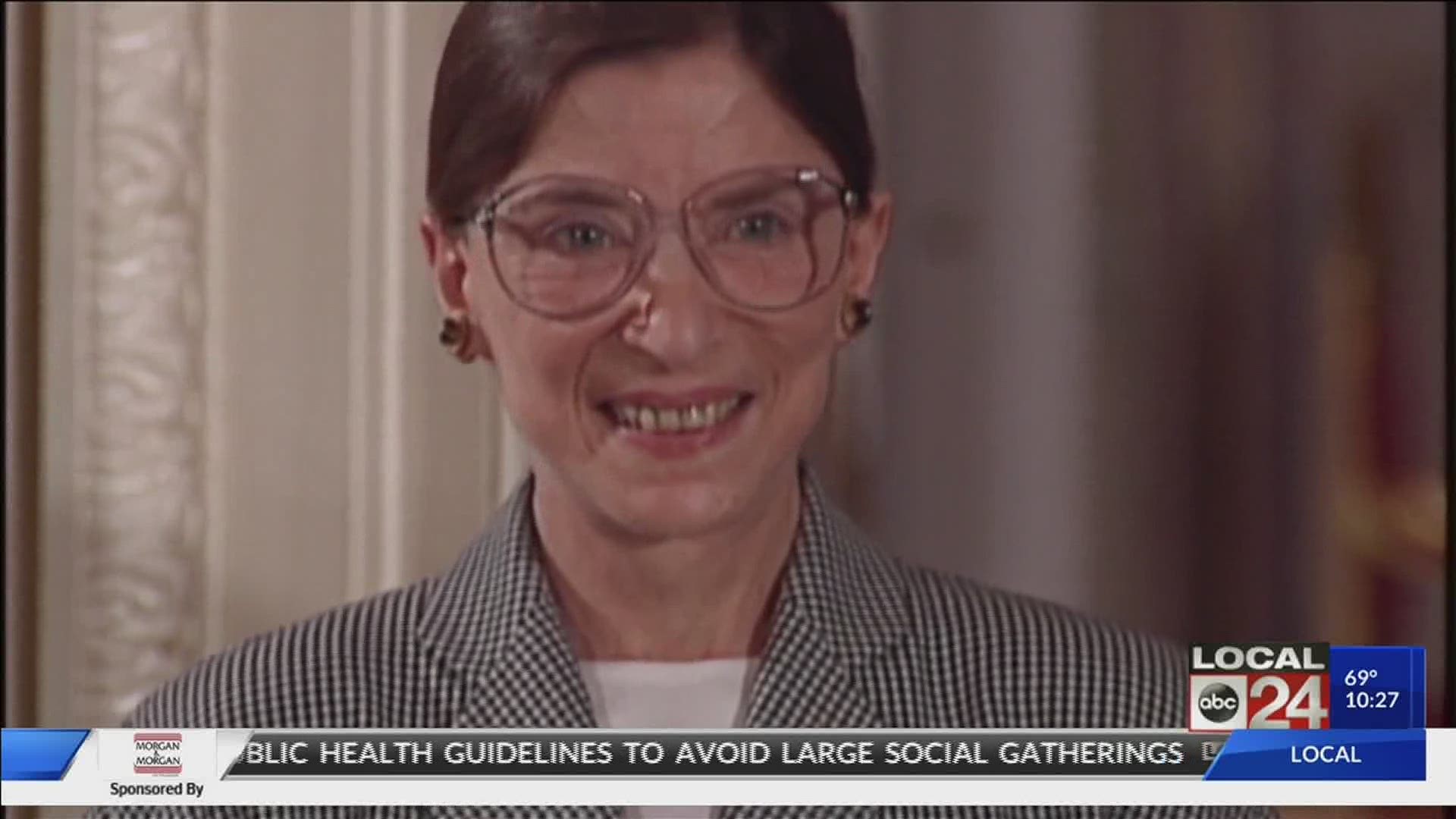 MEMPHIS, Tenn — The profound impact of U.S. Supreme Court Justice Ruth Bader Ginsburg is being felt on both sides of the aisle. Ginsburg died on Friday night at 87 after serving 27 years on the nation's highest court.

Tennessee State Senator Raumesh Akbari, (D) Memphis, said whoever is chosen as the new justice will have an effect on future rulings. Ginsburg was pivotal in the fight for gender equality and LGBTQ rights.

Akbari said, as Ginsburg was a strong liberal force on the bench, she worries some things could change without her.

"There is a legitimate fear that some of the progress that's been made could be rolled back of the court is more conservative," Akbari said.

With less than 45 days until the presidential election, Akbari said the process of finding a new justice should begin after November 3.

"This is a lifelong commitment," Akbari said. "It’s not supposed to be a political position that’s why they are not elected."

The profound impact of U.S. Supreme Court Justice #RuthBaderGinsburg is being felt on both sides of the aisle.

Ginsburg died on Friday night at 87 after serving 27 years on the Supreme Court.

Some are wondering if her seat could be filled before the election. @LocalMemphis

Scott Golden, the chair of the Tennessee Republican Party, said it is unlikely a new justice could be sworn in before the election.

"There are two different processes there," Golden said. "One is the president naming a successor and then two would be when the timetable for the senate to actually begin the confirmation hearings."

While presidents typically choose a justice that aligns with their political values, Golden said it's too early to decide how this could affect the makeup of the bench.

"I think it’s a little bit too early to start saying what’s the court going to look like when we even know who potentially would be either nominated or confirmed," Golden said.