Have we seen a riot at the U.S. Capitol before?

“This is a day that I feel will have negative lasting effects on American democracy and the stability of our government,” said Aram Goudsouzian. 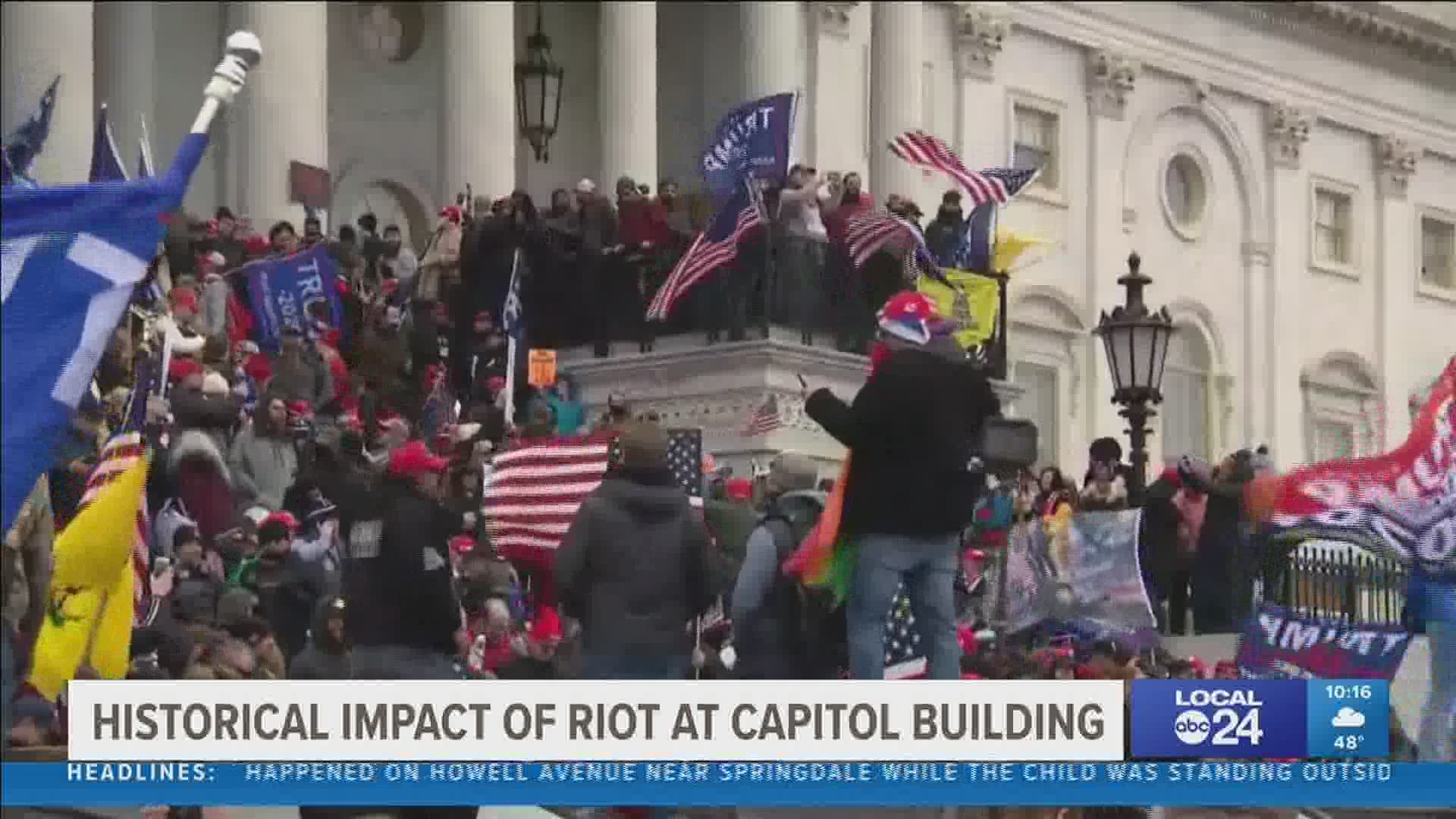 MEMPHIS, Tenn. — We've heard responses from many regarding Wednesday's riot at the U.S. Capitol. Local historians are also weighing in on the conversation.

Unprecedented times. That has been the mantra of this decade, so far first with the pandemic and now rioters storming the U.S. Capitol.

Here is the thing. Protests aren't anything new.

What we saw in Washington, D.C., Wednesday, was something we haven't seen in the United States before.

So, we turned to two historians, Aram Goudsouzian and Charles McKinney.

“We’ve been leading up to this moment since the moment that the president declared that the election had been stolen,” said Charles McKinney, Rhodes College, Neville Ryerson Bryant Associate Professor of History.

“This is a day that I feel will have negative lasting effects on American democracy and the stability of our government,” said Goudsouzian.

“What makes today’s instance so unique and so distressing is that it is forceable, armed into Congress itself and it’s encouraged by the President of the United States. This is unprecedented in American history,” Goudsouzian.

During that time, part of congress and the White House were burned down. Still, historians say that doesn't compare.

“That was a military measure by a foreign power against the United States,” said Goudsouzian.

It was not an action by its own citizens.

Another difference is the cause.

Then, there is the issue of race.

“This is also the personification of white privilege,” said McKinney. “Could you imagine Black activists in the 1960’s and 70’s trying to storm the capitol? That would be inconceivable. That would literally be a suicide mission...We can’t get to the bottom of this…until we grapple with the titanic double standard when it comes to police, security, and surveillance when it comes to white folks and nonwhite folks.”

Has anything like this ever happened before in the U.S.? That’s the question on many people’s minds after the riot at the capitol. Tonight @LocalMemphis has the answer. We spoke with two local historians.

These are all reasons some question whether or not this can be called a protest in the first place.

“Their presence is the damage,” said McKinney. “That’s not just a protest. There’s a difference between marching down the street and literally forcing the machinery of government to grind to a halt. You can call that protest if you want.”