A slew of new laws kick in each year on July 1. This year’s batch will affect groups ranging from death row inmates to couples planning weddings. 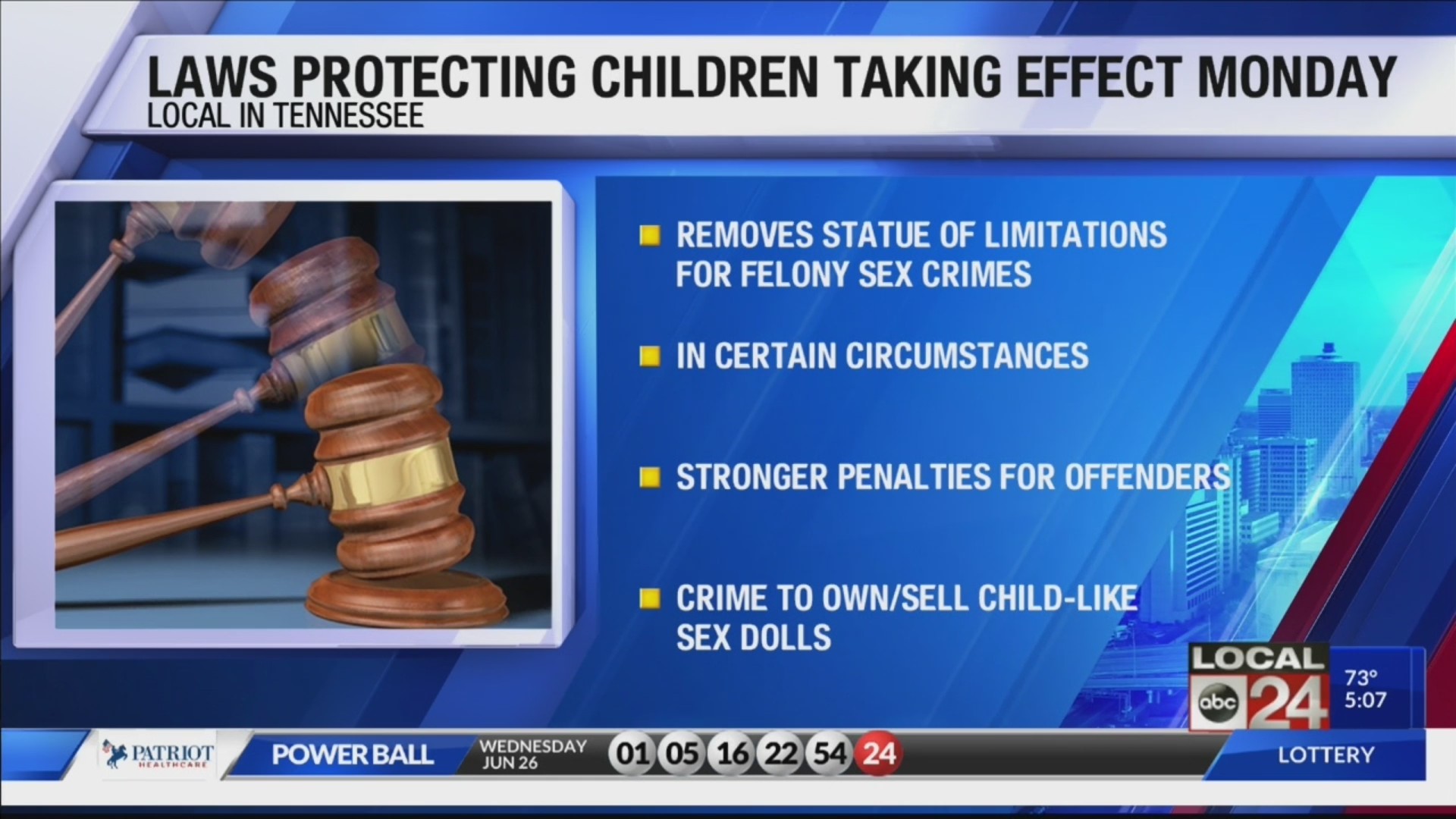 A slew of new laws kick in each year on July 1. This year’s batchwill affect groups ranging from death row inmates to couples planning weddings.

The new distracted driving law makes it illegal to drive whileholding or supporting a cellphone or mobile device with their bodies, withhands-free devices allowed. The law also bans reaching for a mobile device bygetting out of a seated driving position or not correctly wearing a seatbelt.

A violation will be a class C misdemeanor, punishable by a $50fine for a first offense, $100 for a third or higher offense or for causing awreck, or $200 in active work or school zones. Drivers could still usehand-held devices if they are legally stopped or parked, or left their carsstanding.

Tennessee joins 18 other states with hand-held cellphone use bansfor drivers, according to the National Conference of State Legislatures. Theissue was fiercely contested in the Republican-led Legislature, with supporterscalling the ban an important safety push and opponents calling it governmentoverreach.

Starting Monday, Tennessee will also begin to bar ministersordained online from performing marriages. The change has already drawn a federallawsuit. The Universal Life Church Monastery Storehouse, which offers onlineordinations, is seeking to block the new law.

Another group that offers online ordination, Seattle-basedAmerican Marriage Ministries, has aimed to get around the ban. The group hasoffered in-person ordination training in Tennessee, media outlets havereported.

A new law that restricts the rights of sex offenders was supposedto kick in Monday, but a judge has temporarily blocked it.

The law, which is being challenged in a federal lawsuit, barspeople convicted of a sex offense against a child younger than 12 years oldfrom living with, visiting overnight or being alone with their own minorchildren. Lawmakers passed the change this year without any “no”votes.

Tennessee is also set to remove a layer of court review beforedeath row inmates are executed.

Starting Monday, death penalty cases will no longer be reviewed byTennessee’s Court of Criminal Appeals and will automatically be sent to thestate Supreme Court.

Lawmakers say the change offers a quicker path for victim justice,though death penalty reviews by the Court of Criminal Appeals had been takingunder a year. Federal courts account for most of the time it takes for deathpenalty cases to wend through the appeals process, sometimes three decades.

Republican Gov. Bill Lee will also see several of his prioritiesenacted. An amusement tax on gym memberships is set to disappear; thegovernor’s office of faith-based and community initiatives will be established;and the $180 fee will be dropped for people looking to have certain criminaloffenses expunged from their records.

A law to legalize online sports betting in Tennessee is alsotaking effect. But don’t expect any bets to be placed on Monday.

The state still must create rules for the program and members mustbe appointed to a new regulatory board. There has been no clear indication whenthe state will be ready for companies to start up their betting apps.

Other top policies that passed during this year’s legislativesession included a voucher-like education proposal and a plan to draft a waiverasking the federal government for permission to fund Tennessee’s Medicaidprogram through a block grant.

Both of these laws went into immediate effect when Lee signed themearlier this year. Like the sports betting law, however, the state is stillworking on implementing the laws. The voucher-style program is set to kick inwith the student funding by the 2021-2022 school year.