One Knoxville woman who lost her vision at 29 has made it her life's mission is to get a seat at the table for people like herself. 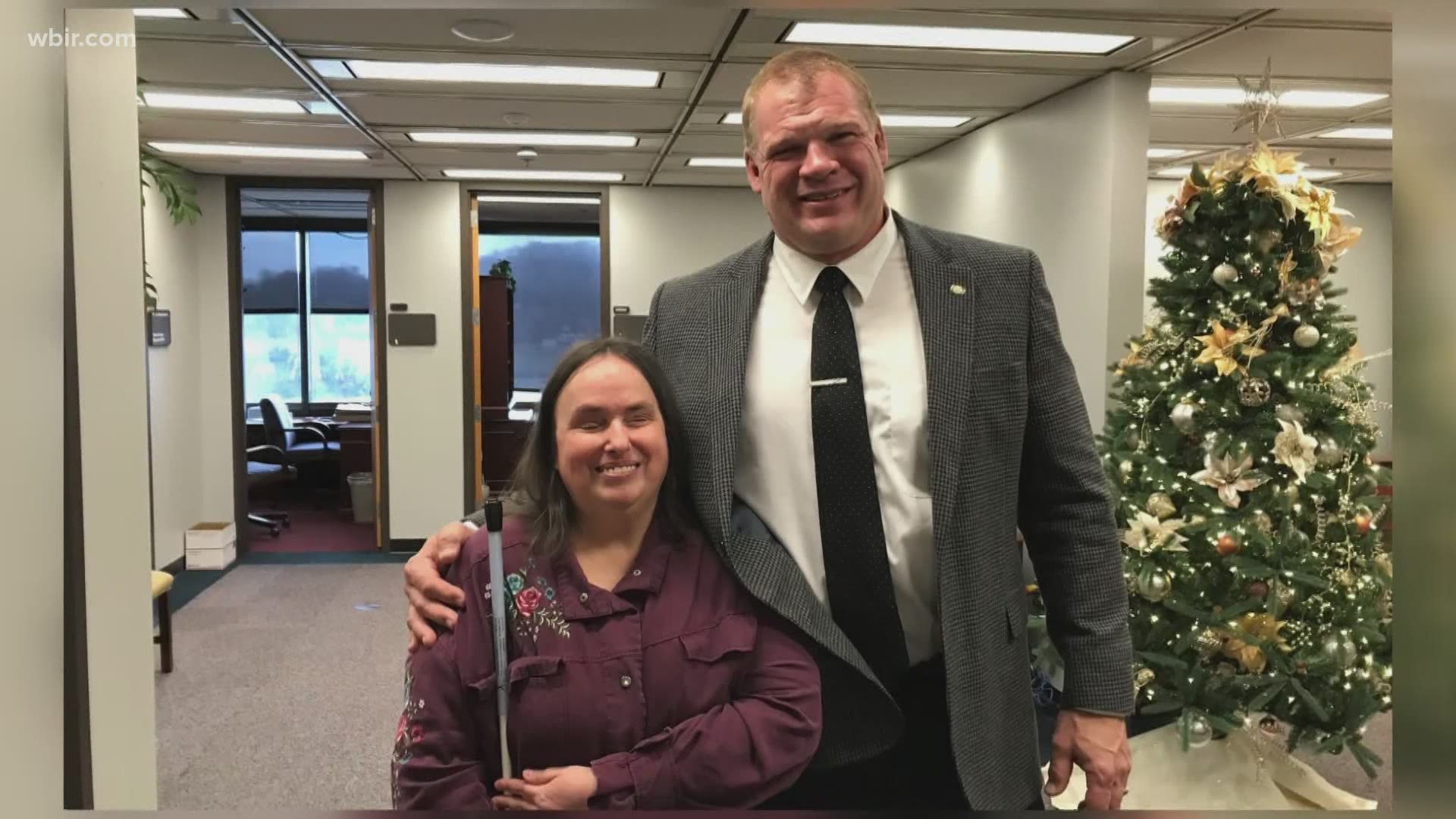 KNOXVILLE, Tennessee — Advocates estimate that 70% of blind and visually impaired people across the U.S. are unemployed due to lack of opportunities, with employment itself being just one of the many barriers they face.

Once study citing the American Community Survey says that figure has lowered in recent years to roughly 44% before the pandemic economic crisis -- which is still very high compared to average unemployment rates.

A Knoxville woman who has been blind for years is fighting to change this on several levels.

Neubert has been without sight for more than 25 years, spending the first 29 years of her life with vision in just one eye.

In that time she’s found her calling -- and it’s turned into her life’s mission.

Neubert has taken on the role of an advocate for the visually impaired – leading a charge that pushed Rep. Tim Burchett (R-Knoxville) to become first Republican in Tennessee to co-sponsor the Access to Technology Affordability Act.

For folks in this community like Neubert's husband Jason – her advocacy is their lifeline.

"It makes me feel good that there are people that are willing to get out there and stand up for us," he said.

"For example, here we have KAT Lift, but it only goes a mile past where the city buses go" she said.

Her hope is not only for legislative changes, but for societal changes as well.