"I could not imagine what would happen if something like that happened in Tennessee," said Akbari. 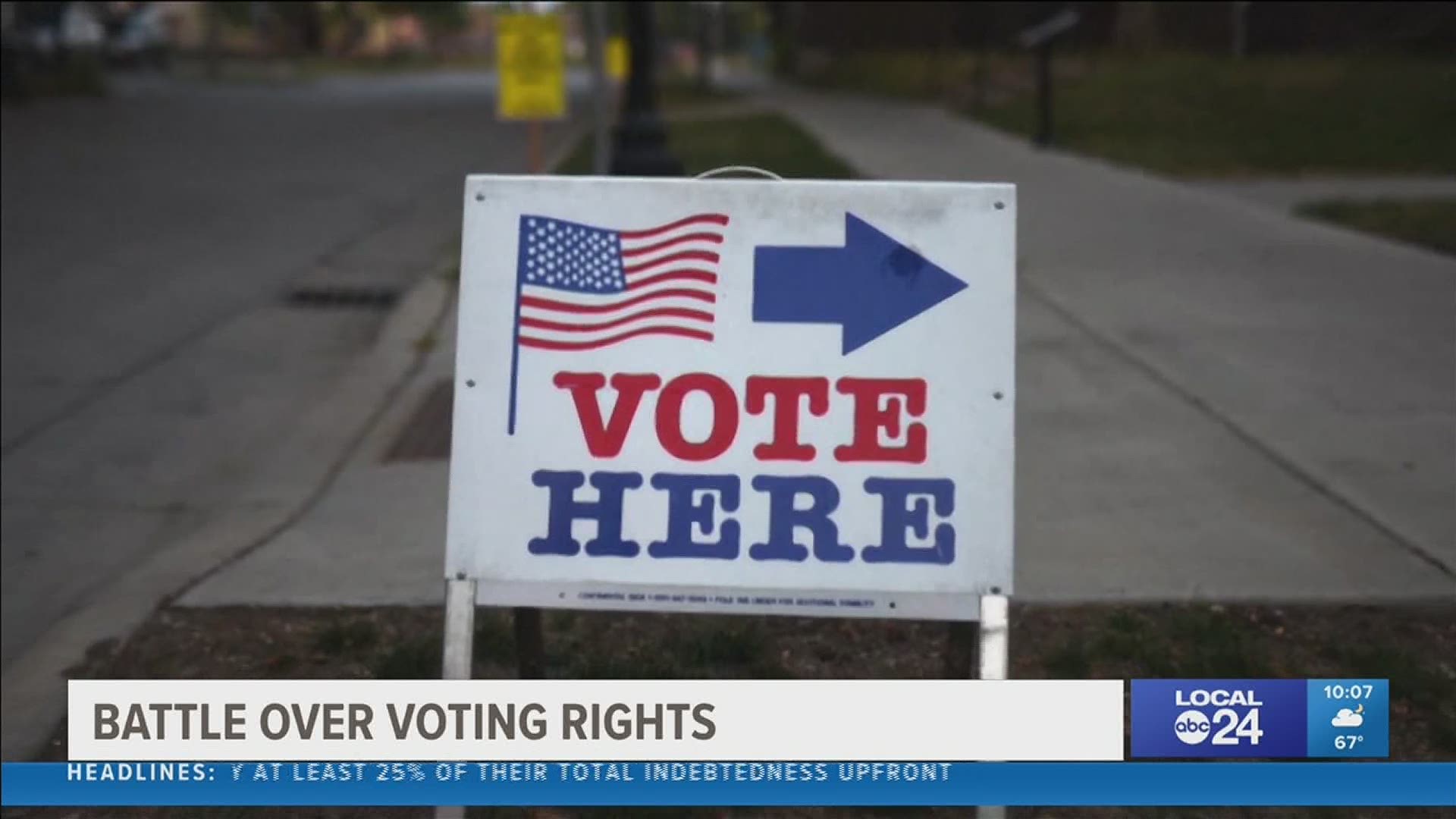 MEMPHIS, Tenn. —
There are more than 200 bills in at least 40 states being considered to overhaul voter rights.

Friday, Georgia was the first to have similar controversial legislation signed into law as lawmakers from Tennessee looked on from the Volunteer State.

One local lawmaker was appalled at events as a result.

President Joe Biden pledging all he can including federal resources to stop more restrictive voter laws signed by Brian Kemp.

"Georgia will take another step in ensuring our elections are secure, accessible and fair," said Kemp.

Kemp's own ability to be fair called into question after he oversaw the 2018 gubernatorial election he ran in all while sitting Secretary of State.

Friday, Georgia State Representative Park Cannon was arrested and taken to the Fulton County Jail as she knocked on Kemp's door at the State Capitol during the news conference announcing Kemp's signing of the laws.

Tennessee State Senator Raumesh Akbari of Memphis says Cannon is a proven representative of the people in her district.

"For a sitting elected official to be arrested for knocking on the Governor's door and to be dragged out of the Capitol, we all saw the video, it's just insane," said Akbari.

It’s a new day and I’m still LIVID! For a legislator to be treated so disrespectfully and ARRESTED while at the state Capitol is infuriating. It doesn’t matter how many degrees you have or what elected office you hold, THIS still happens. I stand with Rep. @Cannonfor58! #gapol https://t.co/czKug6GmXr

She says what's happening in Georgia is a classic case of Republican losing and moving the goal post.

AKBARI SAYS THIS IS A CASE OF REPUBLICANS LOSING AND MOVING THE GOAL POST.

"It's this era where you chose your voter as opposed to your voter choosing you and I could not imagine what would happen if something like that happened in Tennessee," said Akbari.

College students aren't allowed the use of college ID's to vote, no voting on Sundays and no same day registration.

"I don't know much, knock on wood and never say never, but I don't know how much more restrictive we can get unless we start cutting into days of early voting," said Akbari.

Whether in Tennessee or the other 40 states where similar efforts are afoot to rewrite laws, Akbari says voters should remain vigilant.

"It's clearly a way to discriminate and disenfranchise folks," said Akbari.