The actions by the Republican-controlled Tennessee legislature have been were denounced by the ACLU of Tennessee. 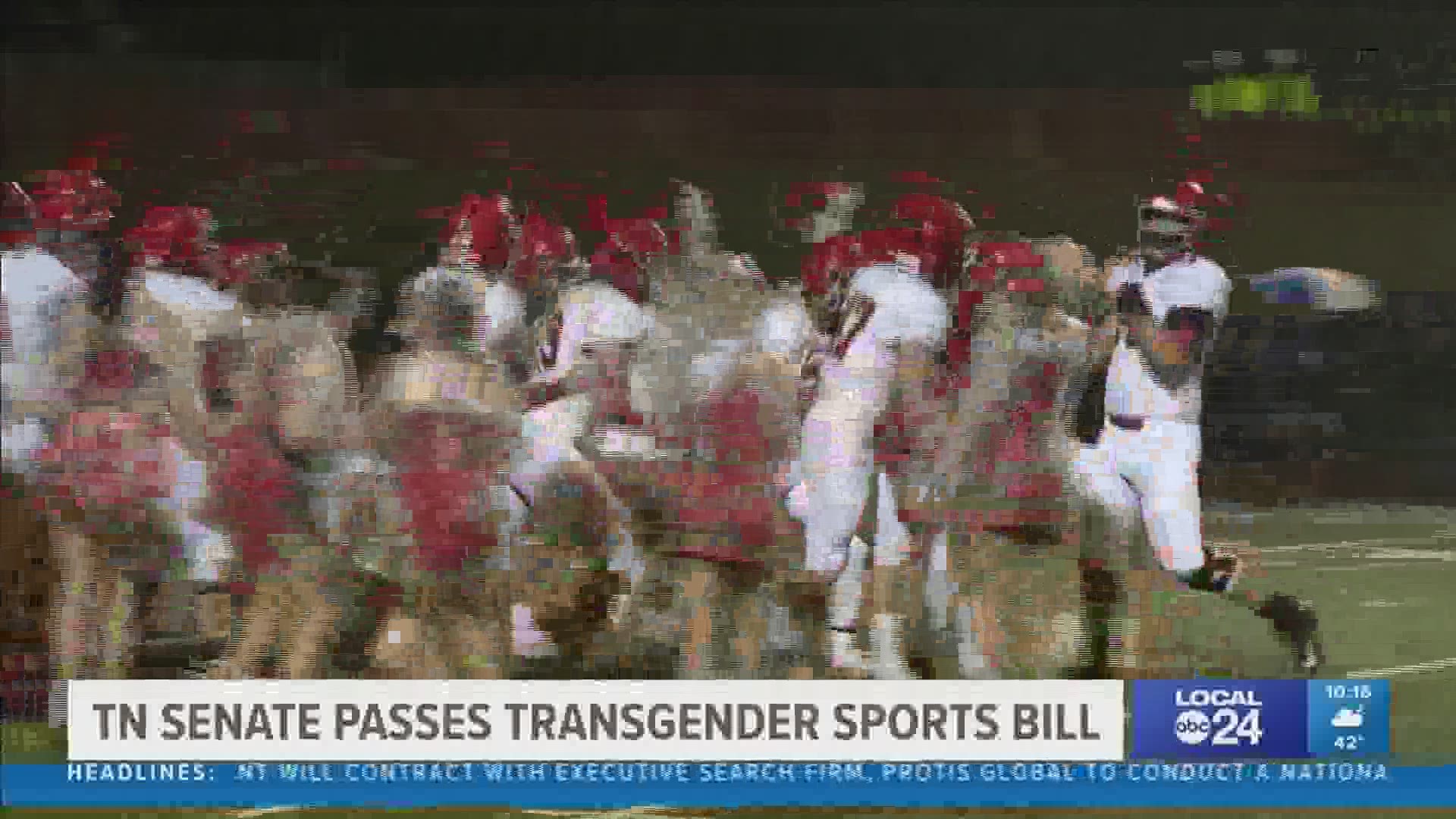 NASHVILLE, Tennessee — UPDATE 3/23/2021 (AP) — Tennessee's GOP-led Statehouse has given final passage to a bill that would ban transgender athletes from participating in girls' sports.

Tennessee House lawmakers voted 71-16 Monday in for the measure and sent it to Republican Gov. Bill Lee's desk.

Critics warn that the measure would likely result in costly legal challenges if it is signed by the governor. They also said it would be harmful to transgender youth.

Lee has not made any commitment to sign the bill but has said transgender athletes would — in his words — "destroy women's sports."

Republicans in at least 20 state legislatures have been pushing for similar bans this year.

3/1/2021 - Tennessee’s GOP-dominant Senate has advanced legislation that would ban transgender athletes from participating in girls’ sports.

Monday, 27 Republicans voted in favor of the measure while all six Democratic members voted against. The bill has faced heavy criticism that it will likely face costly legal challenges if signed into law. However, despite threats of pending litigation, nearly a dozen states this year have lawmakers backing restrictions on athletics or gender-confirming health care for trans minors this year.

Hedy Weinberg, ACLU of Tennessee executive director said, “Attempting to embed discrimination against transgender girls into state law, Tennessee senators voted today to ban transgender girls from participating in school sports. This hateful and unconstitutional bill is unnecessary — the bill sponsors have admitted that they do not know of a single instance of a Tennessee student facing any harm from a transgender athlete playing sports. Protecting women’s sports is important, but transgender girls do not threaten them. The vast majority of transgender students are not elite athletes. They just want to play sports for fun, with friends and classmates, to feel a sense of community and camaraderie, and to learn to respect and work together with coaches and teammates. We should not deny these life-changing opportunities to youth just because they are transgender. Should any transgender student be excluded because of this legislation, we are prepared to fight this bill in court.”

After passing the Senate, the bill must now clear the Republican-controlled House, which is likely according to House Speaker Cameron Sexton.

Barring transgender students from school sports just for being themselves would only add to the long list of challenges trans youth face in Tennessee.

ACT NOW: Call your legislator and tell them to stop the attack on trans student athletes: https://t.co/eH8GotavdW.