The proposal would have changed the end of early voting from 5 p.m. on Monday to the Saturday at 4 p.m. before the election. 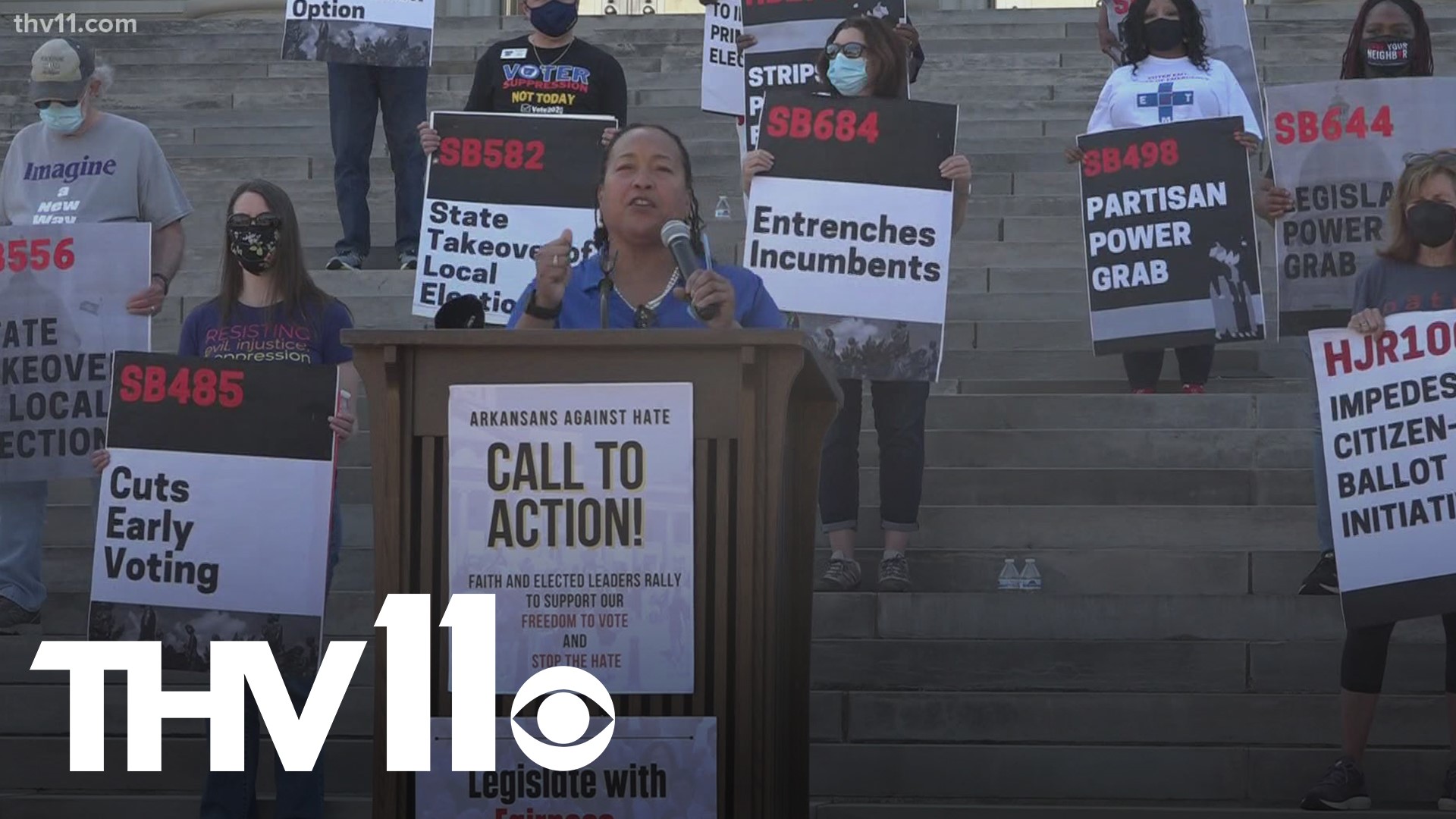 LITTLE ROCK, Ark. — A bill proposing to cut early voting by one day passed out of a House committee Monday after failing earlier in the day.

Then on Tuesday, the proposed bill failed in the House by a vote of 43-39 with three voting present.

If SB485 was passed, the proposal would have changed the end of early voting from 5 p.m. on Monday to the Saturday at 4 p.m. before the election.

This would've effectively shortened the amount of days to early vote by one day. Currently, Arkansans can vote starting 15 before election day.

The Senate on Thursday approved legislation that would eliminate early voting on the day before primaries and general elections. The measure moved on to the House.

Republican Sen. Kim Hammer, the bill’s sponsor, argued the change was needed to give election officials a pause between early voting and Election Day.

But opponents said it would remove an opportunity to vote for people who can’t make it to the polls at other times.

This article has been updated after the bill failed in the Arkansas House on Tuesday.