Days from the gubernatorial election in Mississippi, President Trump stumps for Republican candidate 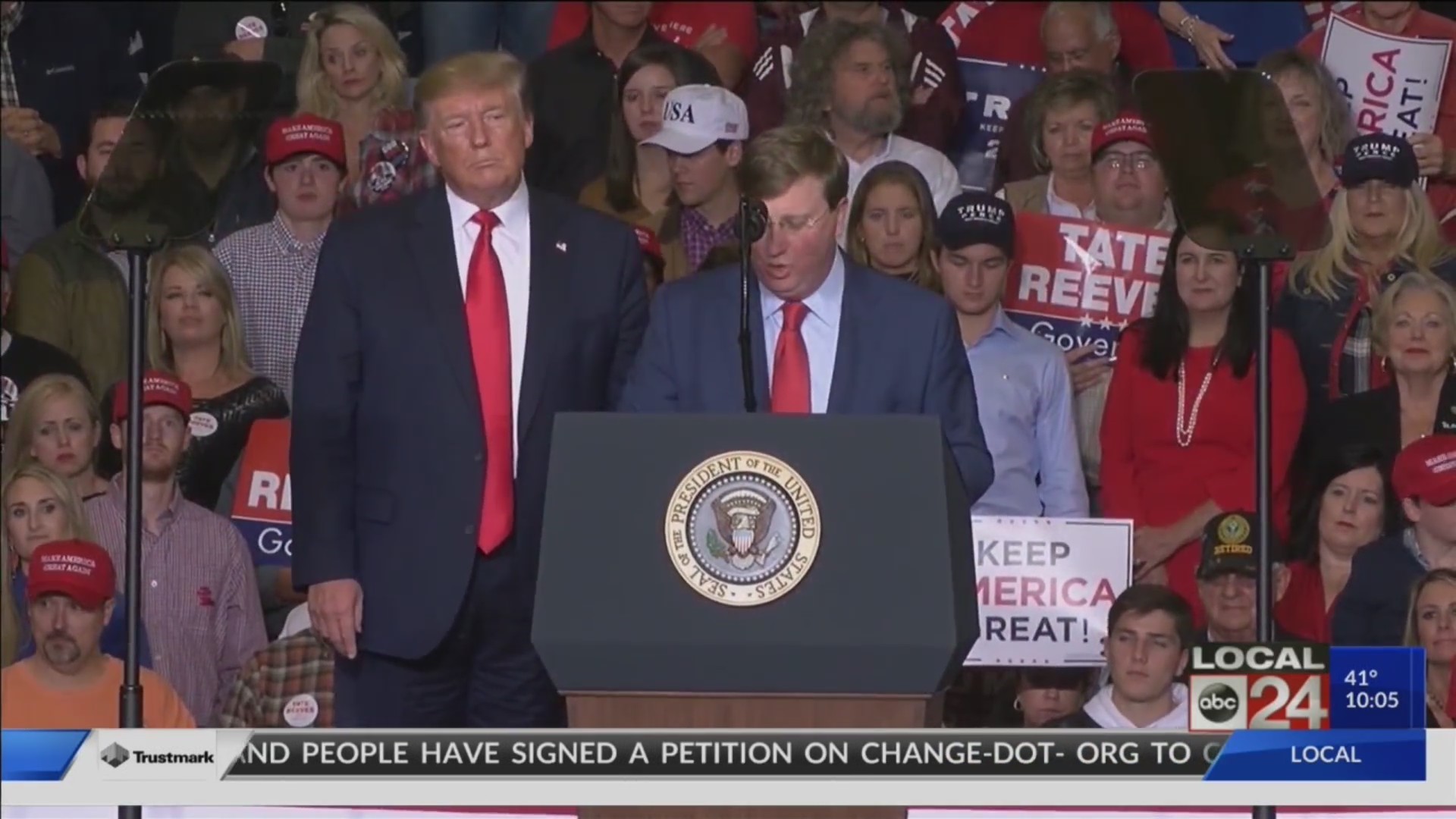 The 45th President of the United State rallied for Republican TateReeves in next week’s hotly contested gubernatorial race in the Magnolia State,where polling is tight and millions of dollars are being spent on the airwaves.

President Trump offered his help in this statewide race, whilealso defending the state of the Presidency, under new pressure with a growinginquiry one year from his own 2020 re-election bid.

He was on a mission Friday night in Mississippi, helping Reevescross the finish line in a closer than expected gubernatorial election nextweek.

Despite Reeves outspending his Democratic opponent, MississippiAttorney General Jim Hood by a more than two to one margin, a Mason-Dixon polltwo weeks ago showed the election for Governor basically a tossup in deeply redMississippi.

The one-hour and 20-minute rally by President Trump was also thefirst since a majority of House Democrats formalized an impeachment inquiryprocess against him.

The inquiry centers on whether President Trump abused power andpressured the President of Ukraine, on a July phone call, to interfere in the2020 U.S. election and investigate his Democratic rivals.

“The President in the Ukraine said it was a very goodconversation, his foreign minister said the same thing: no pressure,” PresidentTrump said.

President Trump argued to this Mississippi crowd that theimpeachment inquiry will backfire and boost Republicans at the ballot box.

“The Democrats outrageous conduct has created an angrymajority that will vote many do nothing Democrats out of office in 2020,”President Trump said.

“It’s been a fun race,” said Hood. “When you seeRepublicans coming across the aisle, you know, you know you can govern withthat kind of coalition. I want to see us get back when we are on the righttrack in Mississippi.”