Memphis voters in District 7 will head back to the polls for November’s runoff election. 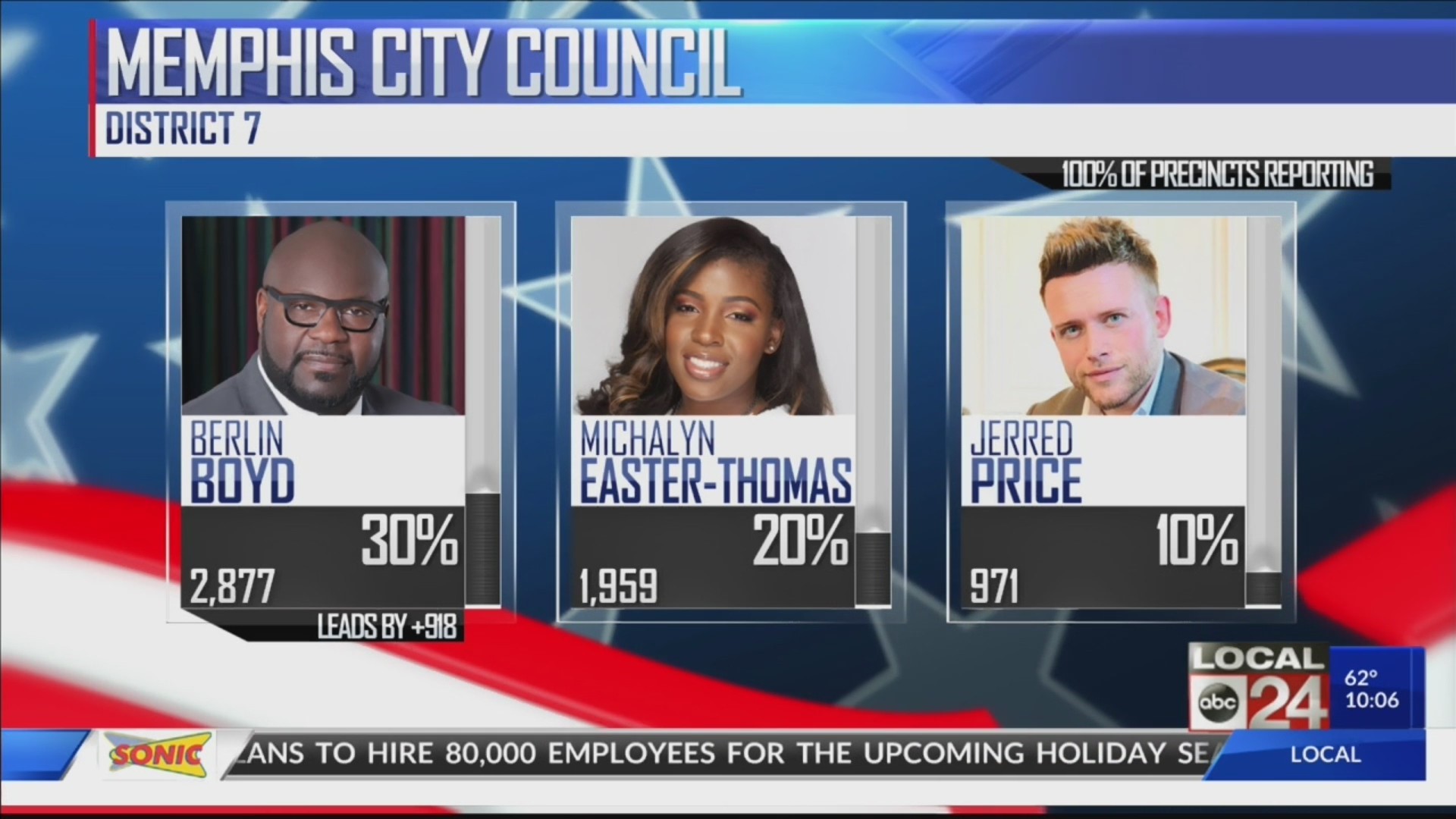 MEMPHIS, Tenn. (localmemphis.com) – Memphis voters in District 7 will head back to the polls for November’s runoff election.

Easter-Thomas says the people of that district want to see change, but Boyd insists he’s done a lot in the past four years. Local 24 News stacked both resumes up against each other to let the voters decide.

“I have a track record what I can and what I will continue to do. My opponent doesn’t,” Boyd said.

“The people are wanting something different, and they showed that on election day,” Easter-Thomas explained.

Boyd who currently holds the District 7 seat, says he was influential in rebuilding the Ed Rice Community Center, but he’s most proud of the Driver’s License Reinstatement Amnesty Program.

Easter-Thomas, who is an educator for Shelby County Schools, says if you drive through the district you’ll notice the problems first hand.

Easter-Thomas founded the non-profit Our Grass, Our Roots to transform north Memphis into a vibrant community, something she says isn’t being done now.

“Poverty is rising and the things to alleviate that are not hitting the majority of the district,” Easter-Thomas said.

Boyd says he’s use to the criticism. He received some back in 2017 when he says he forgot to recuse himself in a council vote involving a new client with his consulting firm.

“The one thing that I can say with all sincerely I have never had a conflict of interest. I am human, I make mistakes,” Boyd said.

The runoff election is November 14. Early voting starts October 25 and runs through November 9.