Mississippi residents turned out in the summer heat Tuesday to vote in party primaries, narrowing the list of Democratic and Republican candidates for governor. 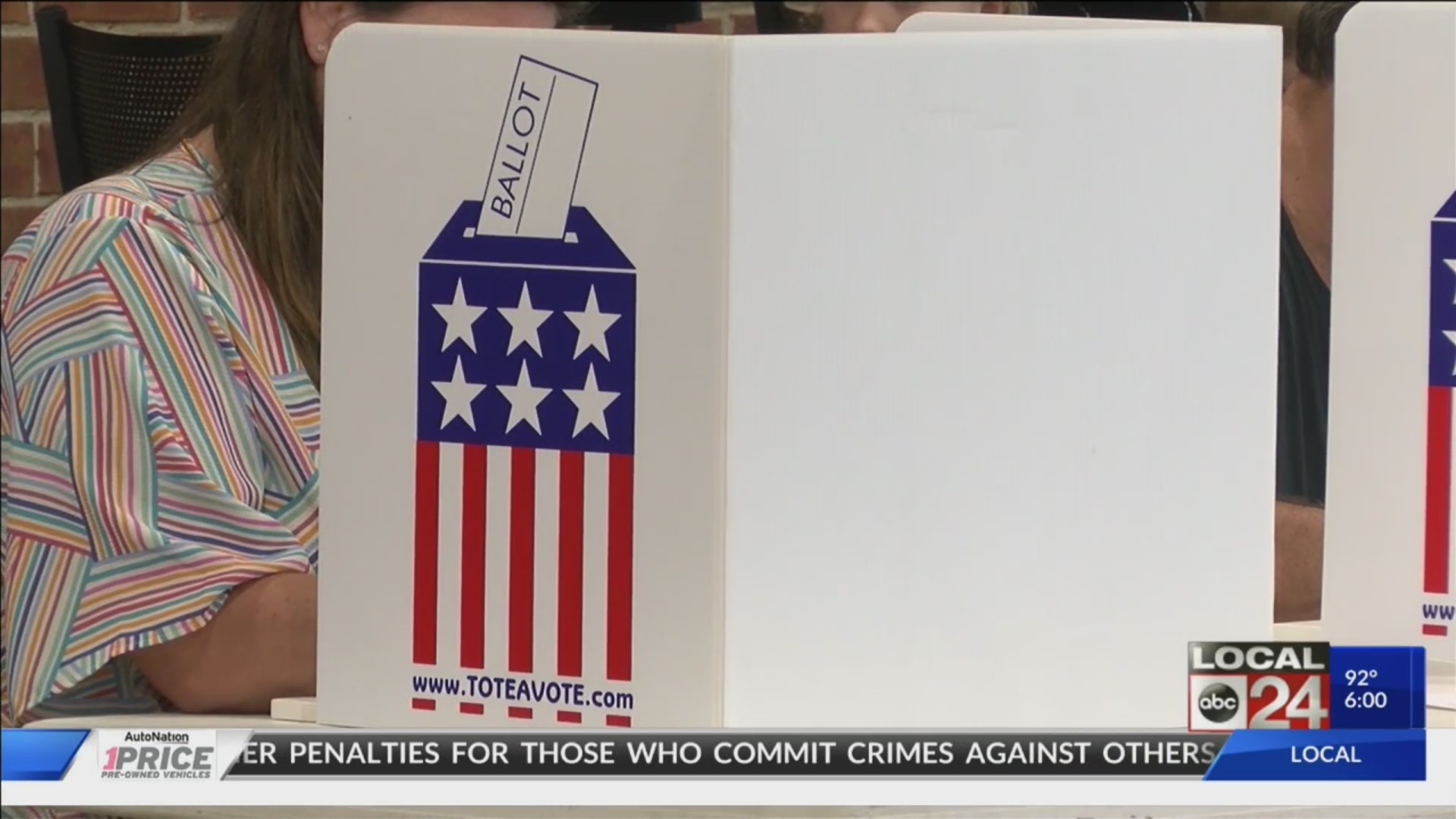 JACKSON, Miss. (AP) — Mississippi residents turned out in the summer heat Tuesday to vote in party primaries, narrowing the list of Democratic and Republican candidates for governor.

The state’s four-term attorney general Jim Hood was seeking to defeat seven lesser-known candidates in the Democratic primary for governor and break the grip Republicans have held on the office for 24 of the past 28 years.

Mississippi is one of only three states electing a governor thisyear. Louisiana and Kentucky are the others. Second-term Republican Lt. Gov.Tate Reeves is endorsed by Republican Gov. Phil Bryant, who cannot seek a thirdterm, and he’s raised millions more than any of his GOP rivals.

Voters are weighing whether the GOP should retain its lock on thegovernor’s office amid questions about the future economic direction of theconservative Southern state.

At a precinct in the Jackson suburb of Ridgeland, retired teacherSara Caldwell, 88, said she voted in the Republican primary, choosing formerMississippi Supreme Court Justice Bill Waller Jr. over Reeves for governor. Shesaid Waller seems to have a more detailed plan to pay for highway improvements:Waller has said the state should consider increasing the gasoline tax, whileReeves opposes that. 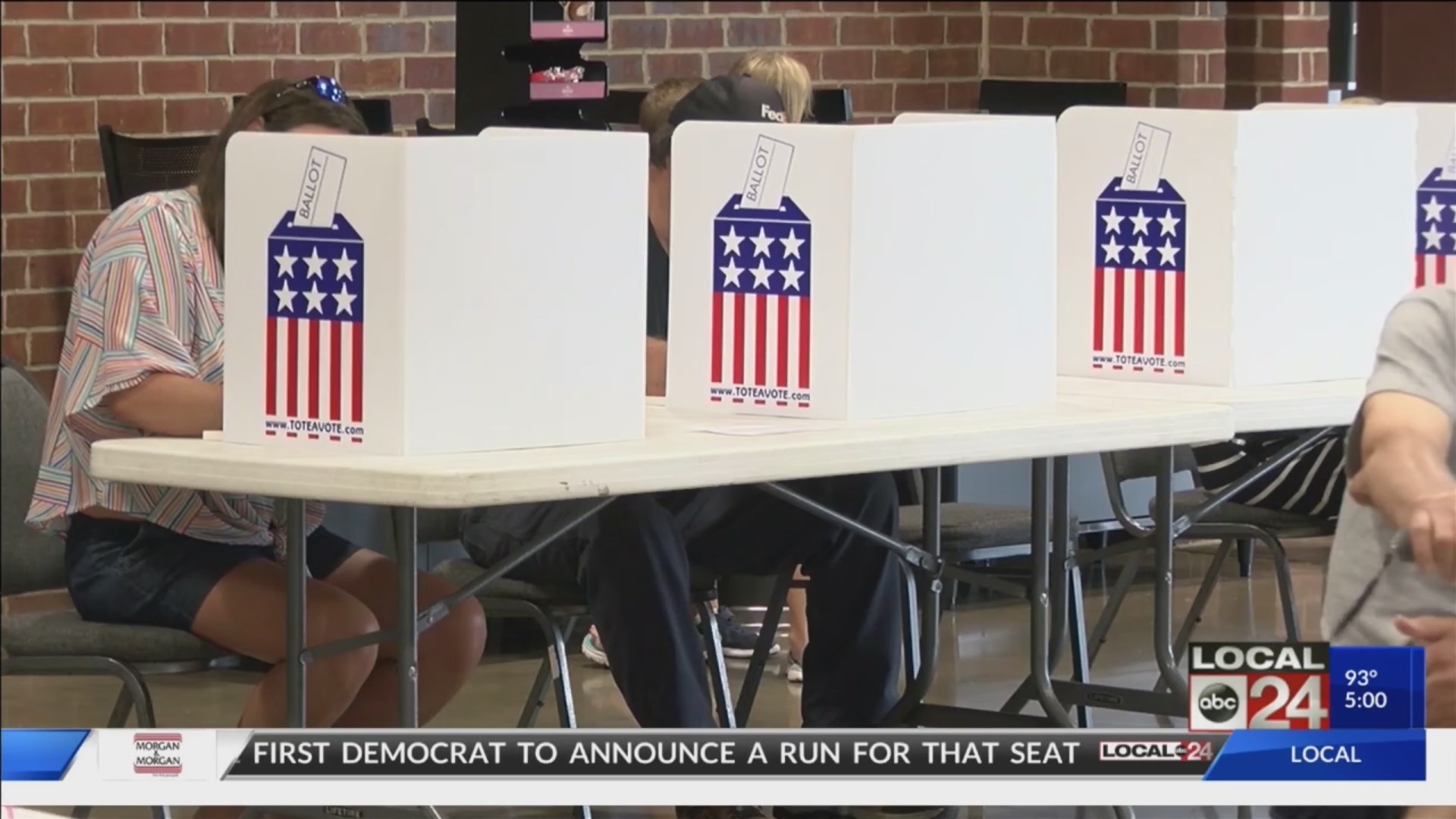 Caldwell’s daughter lives near the Mississippi Gulf Coast, andCaldwell has had to take a longer route to drive there the past two yearsbecause a bridge on a state highway has been closed. She said she’s notthrilled about paying a higher gas tax. “But, if that is what it takes,I’ll do it,” Caldwell said. “We desperately need some roads andbridges.”

At a polling place in Picayune, Kathy Burke, 66, said Reeves’support of President Donald Trump was a key factor in her decision.

“I like what’s happening and Reeves seems to be a staunchsupporter of him,” Burke said.

Adam Wells, 34, is a former teacher who’s now an educationconsultant. At a precinct in Canton, Wells said he voted for Hood.

“I think he’s the only shot the Democrats have to beat TateReeves,” Wells said. “It will be very difficult to do that, and he’sthe only Democrat in the race to hold a statewide office.”

For most of the campaign, Reeves largely ignored his twoRepublican primary rivals: Waller, whose father was the state’s Democraticgovernor from 1972 to 1976, and first-term state Rep. Robert Foster. InsteadReeves criticized Hood, calling him too liberal for Mississippi.

“Our political enemy is the liberal policy ideas of the partyof Chuck Schumer and Nancy Pelosi and Barack Obama and Hillary Clinton and JimHood,” Reeves said last week.

Hood challenged that: “When they start talking about labelsand not about issues, there’s something going on there, and it’s something thatyou need to look through.”

Hood says Mississippi has lost billions of federal dollars bybeing among the 14 states that have not expanded Medicaid, which is an optionunder the federal health overhaul that then-President Barack Obama signed in2010.

Winning a primary requires a majority of the votes. If runoffs areneeded, they will be Aug. 27.

Waller hopes to force Reeves into a runoff. His campaign slogan,“the conservative Republican who can win in November,” plays on theidea that Reeves has made enemies with a heavy-handed style of guiding statelawmaking as lieutenant governor. He suggests that Reeves could be vulnerableto Hood, who has won crossover votes in heavily Republican parts of the state.

Foster raised the least money on the Republican side. He receivednational attention last month after saying he would not let a female reporterride with him in his truck to report on his campaign unless she were chaperonedby a male colleague.