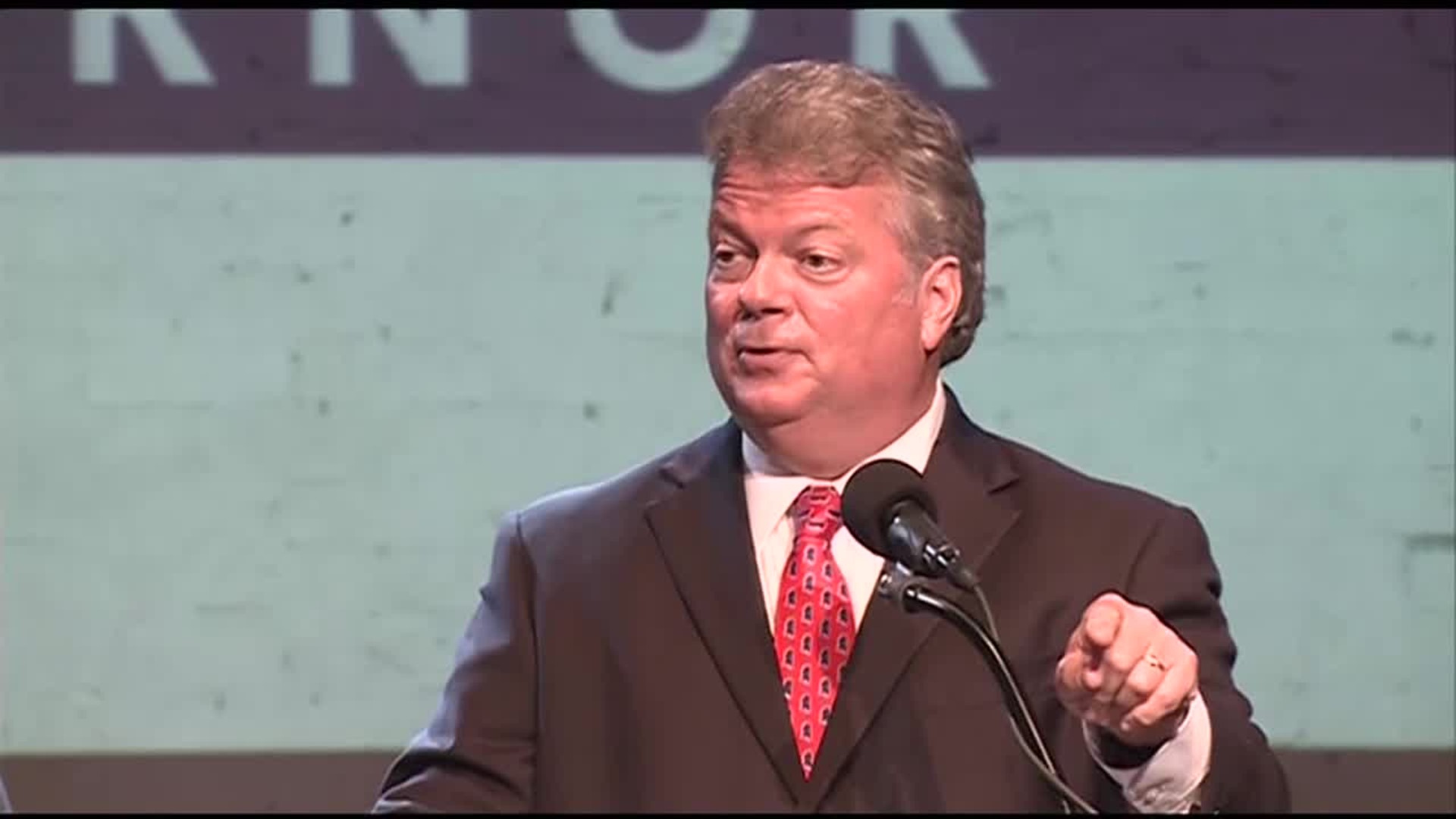 Hood hopes to break the grip Republicans have held onthe office for 24 of the past 28 years.

“People are ready for change in Mississippi.Certainly, the working folks are,” Hood told The Associated Press after hewon.

Mississippi is one of only three states electing agovernor this year. Louisiana and Kentucky are the others. Reeves is endorsedby Republican Gov. Phil Bryant, who is term-limited, and he’s raised millionsmore than any of his GOP rivals.

The Republican and Democratic nominees will face anindependent and a Constitution Party candidate in the Nov. 5 general election.

Thank you, Mississippi! I’m honored to be your nominee for governor! This campaign is about each of you—it’s about putting families and working folks first. Let's make our state a better place for all. On to November! #MSgov #MSelex pic.twitter.com/B8htuYY5Qq

Hood said he wants to improve roads and education,reduce the state’s 7% tax on groceries and work on “cleaning up theLegislature” by eliminating contracts that lawmakers have directed towardspecific companies that hire big lobbying firms.

Adam Wells, 34, is a former teacher who’s now aneducation consultant. At a precinct in the Jackson suburb of Canton, Wells saidhe voted for Hood.

“I think he’s the only shot the Democrats have tobeat Tate Reeves,” Wells said. “It will be very difficult to do that,and he’s the only Democrat in the race to hold a statewide office.”

Reeves has raised the most money of any candidate forMississippi governor and has run on a record of cutting taxes and beingsocially and fiscally conservative.

Reeves says Hood will be a Chuck Schumer-NancyPelosi-Barack Obama-Hillary Clinton “liberal.” Hood said votersshould be wary when politicians use labels rather than talking about issues.

Reeves portrays Mississippi as being in good financialshape and says teachers have received raises each of the eight years he hasbeen lieutenant governor. Critics, however, say a big chunk of the teacher payincrease has been through previously scheduled raises, and that Mississippistill lags far behind national and regional averages for teacher pay.

At a polling place in Picayune, Kathy Burke, 66, saidReeves’ support of President Donald Trump was a key factor in her decision.

“I like what’s happening and Reeves seems to be astaunch supporter of him,” Burke said.

Reeves and other top Republicans have long opposedMedicaid expansion under the Affordable Care Act, and Mississippi is among 14states that have not chosen some sort of expansion plan. Waller and Foster bothadvocate a type of system Indiana used when Mike Pence was governor — seekingfederal permission to let people purchase Medicaid coverage if they areconsidered working poor.

Waller and Foster also both say Reeves has done toolittle to find money to improve highways and bridges, even as Mississippi hasbeen told that many bridges are structurally deficient.

Reeves opposes a gasoline tax increase. Waller andFoster both say they would support increasing the gas tax if the state alsoreduces or eliminates the state income tax. They say a gas tax is a user feethat also would be paid by out-of-state drivers who stop and fill up inMississippi. After the state was forced to close hundreds of structurallydeficient bridges in 2018, legislators met in special session and authorizedthe creation of a lottery to help pay for highways and bridges. Money has notstarted to come in, though, because lottery games won’t begin until late thisyear.

Hood raised far more money than any of the otherDemocratic candidates for governor. He is currently the only Democrat holdingstatewide office in Mississippi, and he is seeking to become the state’s firstDemocratic governor since Ronnie Musgrove was defeated in 2003 after serving asingle term.

In addition to the Republican and Democratic nominees,the Nov. 5 ballot for governor will have a Constitution Party candidate, BobHickingbottom, and an independent candidate, David Singletary.