“We fight wars to spread democracy. The sad part about that is now these nations outside of our country are looking at us as if we are hypocritical." 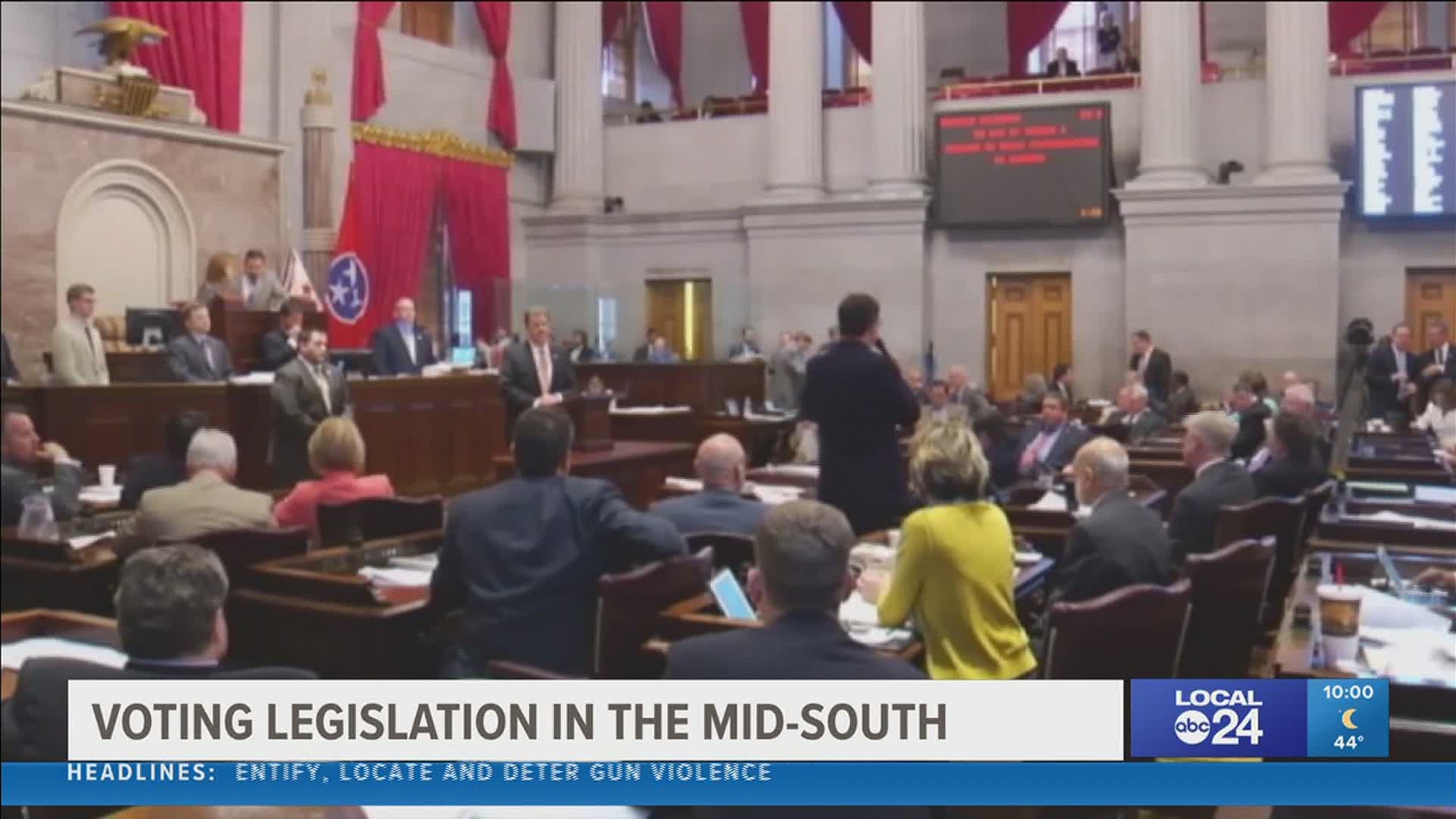 MEMPHIS, Tenn. — Changes to voting laws are being considered all across the country.

Georgia was the first state to pass new voting legislation last week sparking backlash from democrats and even large companies such as Delta and Coca Cola.

That got us thinking. What voter proposals are on the table in the Mid-South?

The battle for new voting legislation really is on.

Throughout the Mid-South, state lawmakers are going head to head advocating for the pass of several voting proposals. There’s no denying it.

The 2020 election has left a taste in everyone’s mouths...some sweet and some bitter leading to new proposed voter bills.

“It was expected number one, with all the turmoil that republicans dealt with in losing the presidential race,” said Rep. Parkinson, TN State (D) Memphis. “We fight wars to spread democracy. The sad part about that is now these nations outside of our country are looking at us as if we are hypocritical.”

The Brennan Center for Justice gives us a closer look at what bills are being considered.

The Brennan Center found that as of March 24th, 361 restrictive bills were and 843 expansive bills introduced in 47 states.

Most states are introducing new voter legislation. Find out what's being proposed in the Mid-South. Tonight on @LocalMemphis at 10pm.

So, where does the mid-south lie?

Currently, you can vote in Arkansas without showing your voter ID as long as you sign a sworn statement saying you are registered to vote. Well, HB 1112 gets rid of that.

Now, if you don’t have a voter ID, you must go to your county clerk’s office the Monday after the election with your ID in order for that vote to count.

Currently, Arkansas makes an exception for those with certain religious beliefs.

Now to Tennessee. There are bills moving through the legislature, but have not been passed.

“We’re always fighting for people to have the ability to cast their vote. To me, that should be a constitutional right in the United States of America, but again as has always been in the history of the united states, there has always been some form of voter suppression or vote exclusion,” said Rep. Parkinson.

According to the Brennan Center, there were no proposals on the table for Mississippi; however, we did learn that Representative Hester Jackson McCray is leading a group fighting for a broad system of early in-person voting.