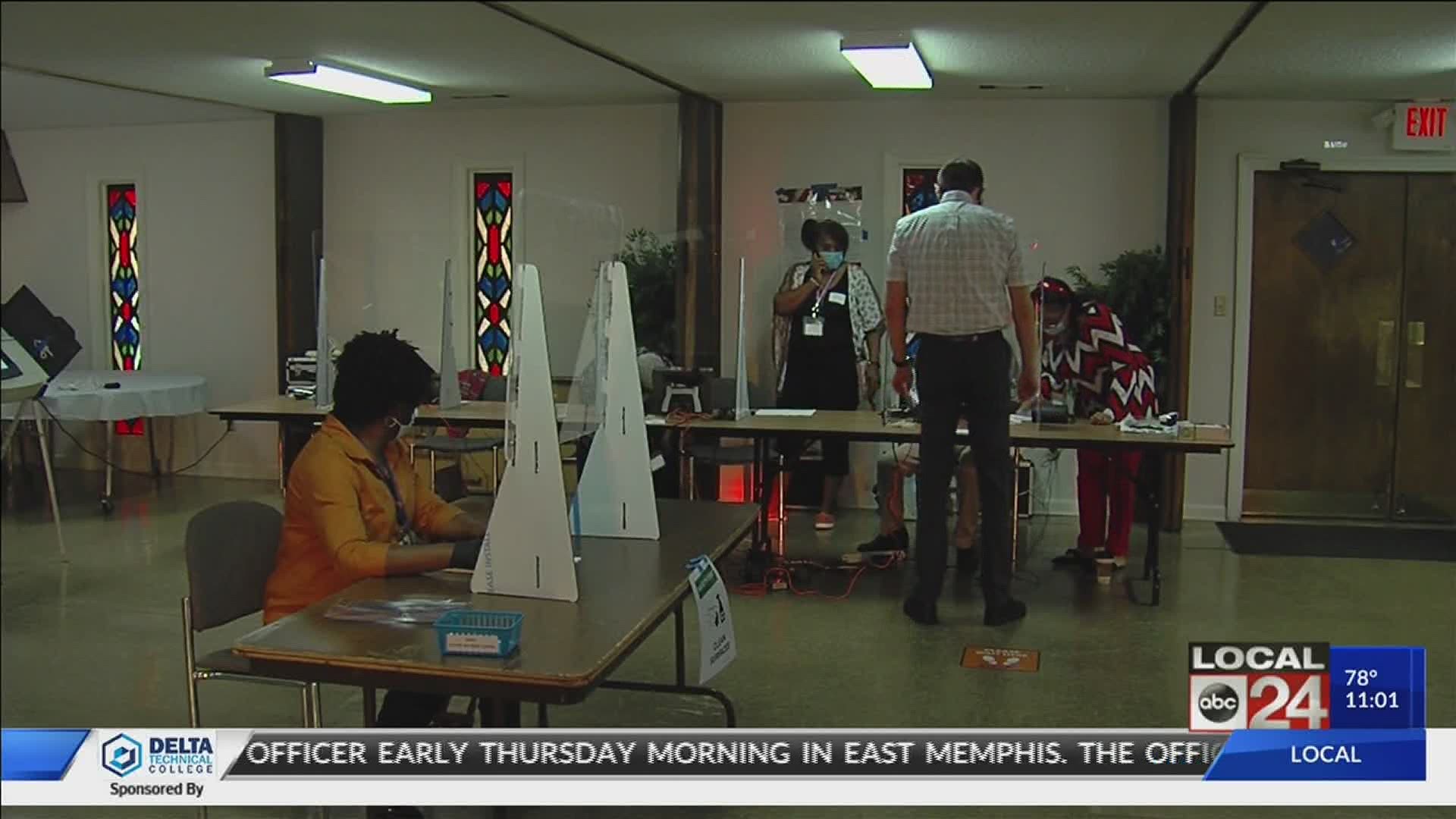 MEMPHIS, Tenn. — When polls opened up in Shelby County at 7:00 a.m. Thursday, a small group of people were already lined up outside the Progressive Missionary Baptist Church.

It was a steady stream after as people came and went within a matter of minutes.

Inside, poll workers were masked up and separated by plexiglass from voters. The Shelby County Election Commission said with all the safety precautions in place, they believe casting a ballot is safer than a trip to the grocery store.

The voters who came in early that morning agreed.

“Easy. Quick. Efficient. Appropriate protocols in place. So no worries at all," Jordan Carter said after he voted.

A lot of safety precautions in place for voting today. Plexiglass separates all poll workers from voters. pic.twitter.com/pHLtY76InH

While a huge increase of Shelby County residents requested absentee ballots for this election - 19,440 to be exact - both voters pointed to procrastination as their reason for voting in-person on the primary election day, but were sure to still get there early Thursday.

"I forgot to early vote and then it ended, so I normally like to get to here early in the mornings before work and beat the crowds. It really felt no different than any other election year," Carter said.

Polls close at 7:00 p.m. The election commission said it's confident results will be finalized by the end of the night.

The commission said the process will be sped up due to more staffers verifying the ballots and new machines that will scan them.