History is made during Tuesday’s elections in north Mississippi

Among the winners was attorney Sharon D. Gipson, who was elected as Holly Springs' first Black woman mayor. 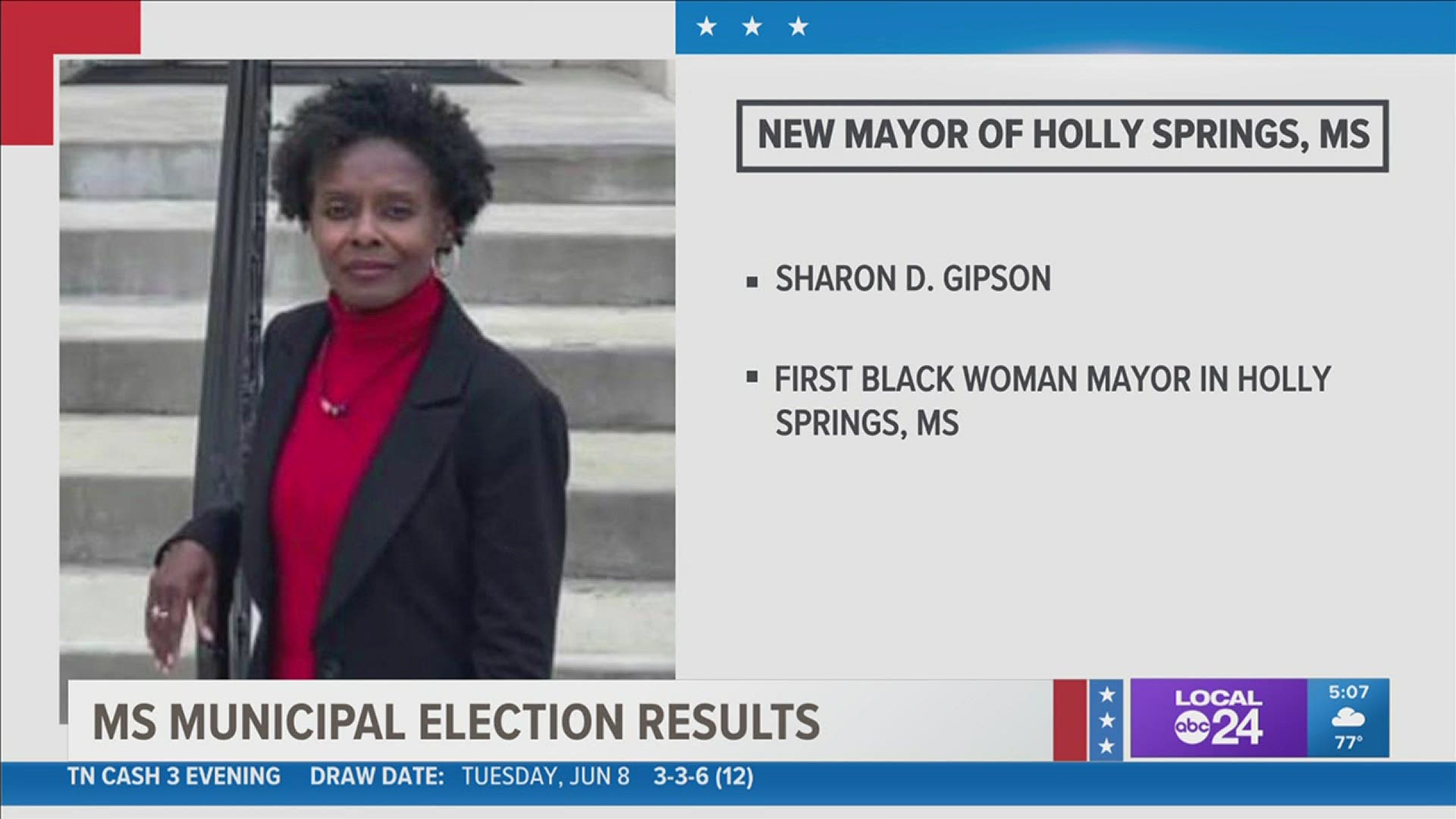 MEMPHIS, Tenn. — Here's a look at the top races in Tuesday’s municipal elections in north Mississippi.

All of the incumbent mayors in Desoto County have held on to their titles. That includes Southaven's Darren Musselwhite, Chip Johnson in Hernando who ran unopposed, Allen Latimer of Horn Lake, and Olive Branch's Ken Adams.

Adams beat out Donald Hall, who was running to be the first Black mayor of Olive Branch.

Pamela McKelvy Hamner, who was hoping to be the first Black woman alderman in Southaven, lost out to Raymond Flores for Ward 6.

But history was made in Holly Springs, Mississippi, where voters elected attorney Sharon D. Gipson to serve as the city’s first Black woman mayor.

Our office covered precincts in close to 60 cities around the state today! I started the day visiting precincts in Canton before stops in Meridian, Shuqualak, Columbus, Tupelo, & then observed the polls being closed in Oxford. Thankful for a team dedicated to election integrity! pic.twitter.com/ff8pPlem0P