Through the first two days of early voting, turnout up 84% compared to 2016 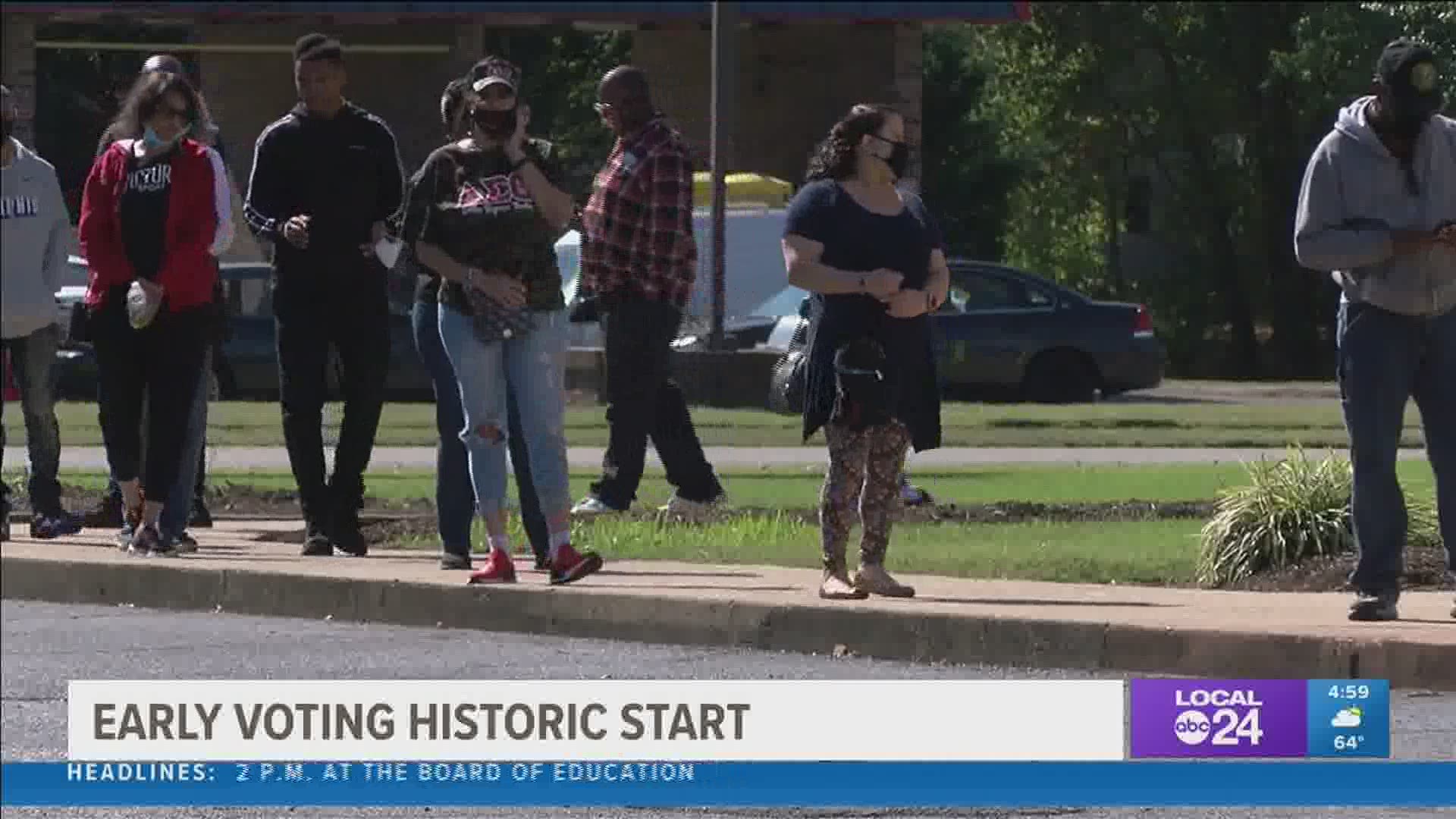 MEMPHIS, Tennessee — Local 24 News is committed to making every vote county and after a historic turnout to start Shelby County early voting, things didn't slow down much Friday.

Wednesday set an opening day record and Thursday topped that, with a one-day, all-time turnout mark of more than 27,000 voters.

That democracy in action continued Friday across Shelby County, with more long lines on the third day of early voting.

"I like coming here and seeing people of different backgrounds coming together," Larson said.

"Things are changing in the country, new ideas are being presente and I think we need to put our minds together and be heard by the people who are running the country," Larson said.

"I really do think we are going to shatter the '08 record," Shelby County Elections Administrator Linda Phillips said.

She weighed in Friday after two days of record shattering, early voting numbers.

"I'm delighted that so many people are taking an interest in this election, it's what we at the Election Commission live for," Phillips said.

She added once early voting wraps, the machines will be sealed and under 24/7 surveillance.

The early vote totals will be released after the final vote on Election Day and Phillips promised voters their ballot will be secure until then.

"Inside the voting machines themselves, there are three redundant storage methods, so even if something failed, there are two other backups," Phillips said.

Early voting runs each day - except on Sundays - through October 29th.

A reminder: a registered voter can vote at any early voting site but can only vote at their assigned precinct on Election Day.

At 4pm, 20,045 people had early voted today! There are 4 hours left of early voting. In the past, Friday afternoon and early evening would be very slow, so it would a good time to go vote. This year, who knows? #TrustedInfo2020