The rally also coincides with the 25th anniversary of the Million Man March in Washington, D.C. 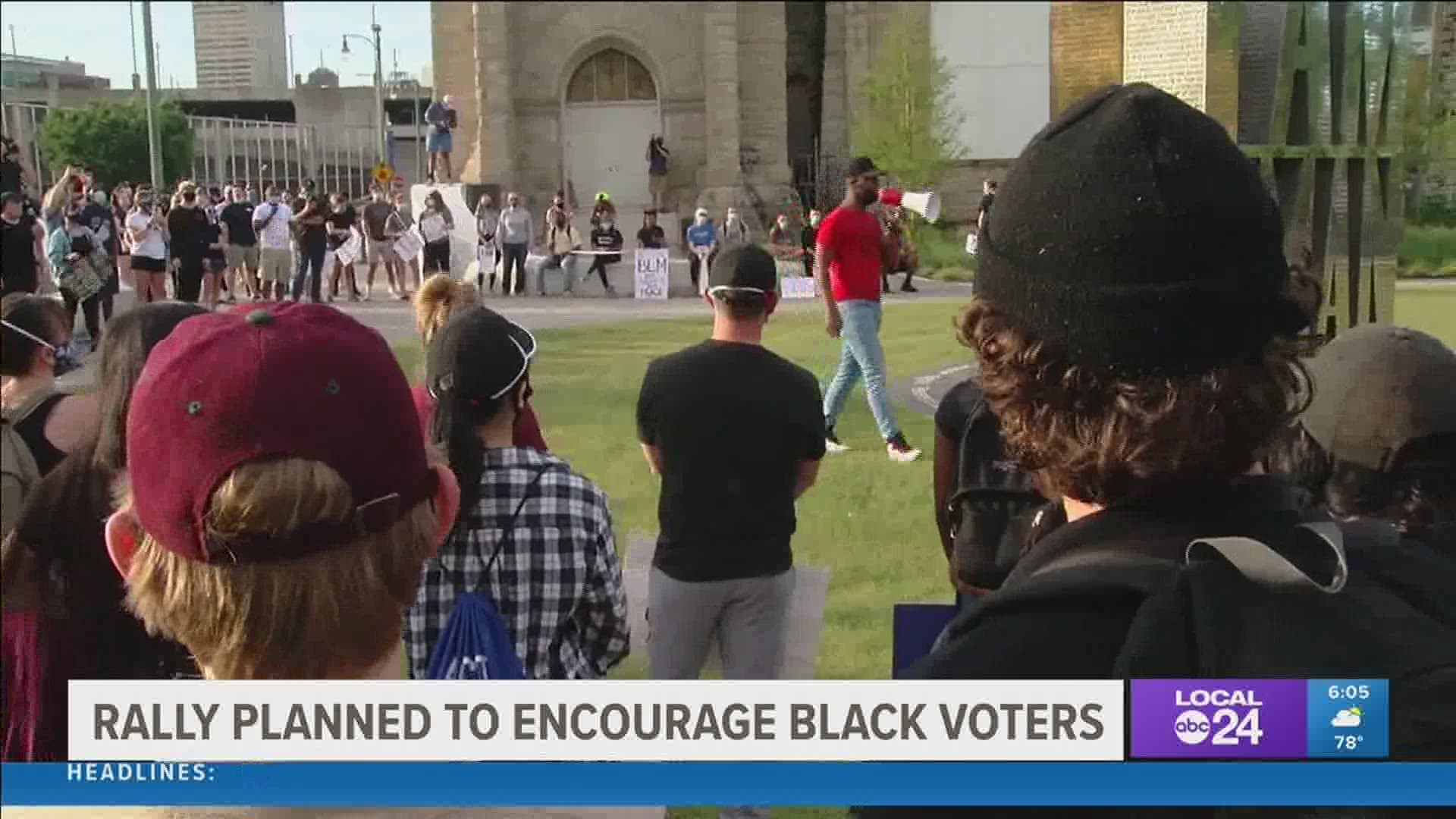 MEMPHIS, Tenn. — Minorities are a major focus this year, particularly Black men. Efforts to increase voting numbers among Black men have been on-going.

Now, their votes could have a major impact on the 2020 election. Local 24 News Reporter, Brittani Moncrease, shares the initiative here in Memphis.

I AM A MAN Plaza has been the location of many social, political, and economic movements. Saturday, October 17, it will be the focal point used to encourage more Black men to vote. There is a history of change here stemming from the 60's to now.

“We’re trying to get men to say, ‘I am a man because I vote,” said Kevin Brooks, Providence AME Church.

“Black men are in a place where they are really feeling disenfranchised,” said Brooks. “They see the system not working for them…So, they disengage from the process.”

The process Brooks is referring to is democracy. Brooks is planning a rally at I AM A MAN Plaza, Saturday, to encourage more Black men to vote.

“The idea is for them to take ownership of their American identity and what rights are owed them as descendants and citizens of this country,” said Brooks.

These are right that were fought for time and time again.

“There’s a moral debt because so many men were lynched for owning a business. So many men were lynched primary because they voted…That type of fear, disenfranchises folks,” said Brooks. “Let’s channel that rage. Let’s channel that frustration into something that’s very productive for the development of our community and the development of our city...We want to go back and look at the system and say policies must work for all people.”

One way Brooks says to do so is by voting.

“You don’t have to deal with politics, but politics is indeed dealing with you,” said Brooks. “We don’t show that we matter until we use that privilege. That is our voice.”

The rally begins at 10am. It is also the 25th anniversary of the Million Man March in Washington, D.C.