The law allows anyone over the age of 21 to carry a firearm if they meet the requirements to own a gun. 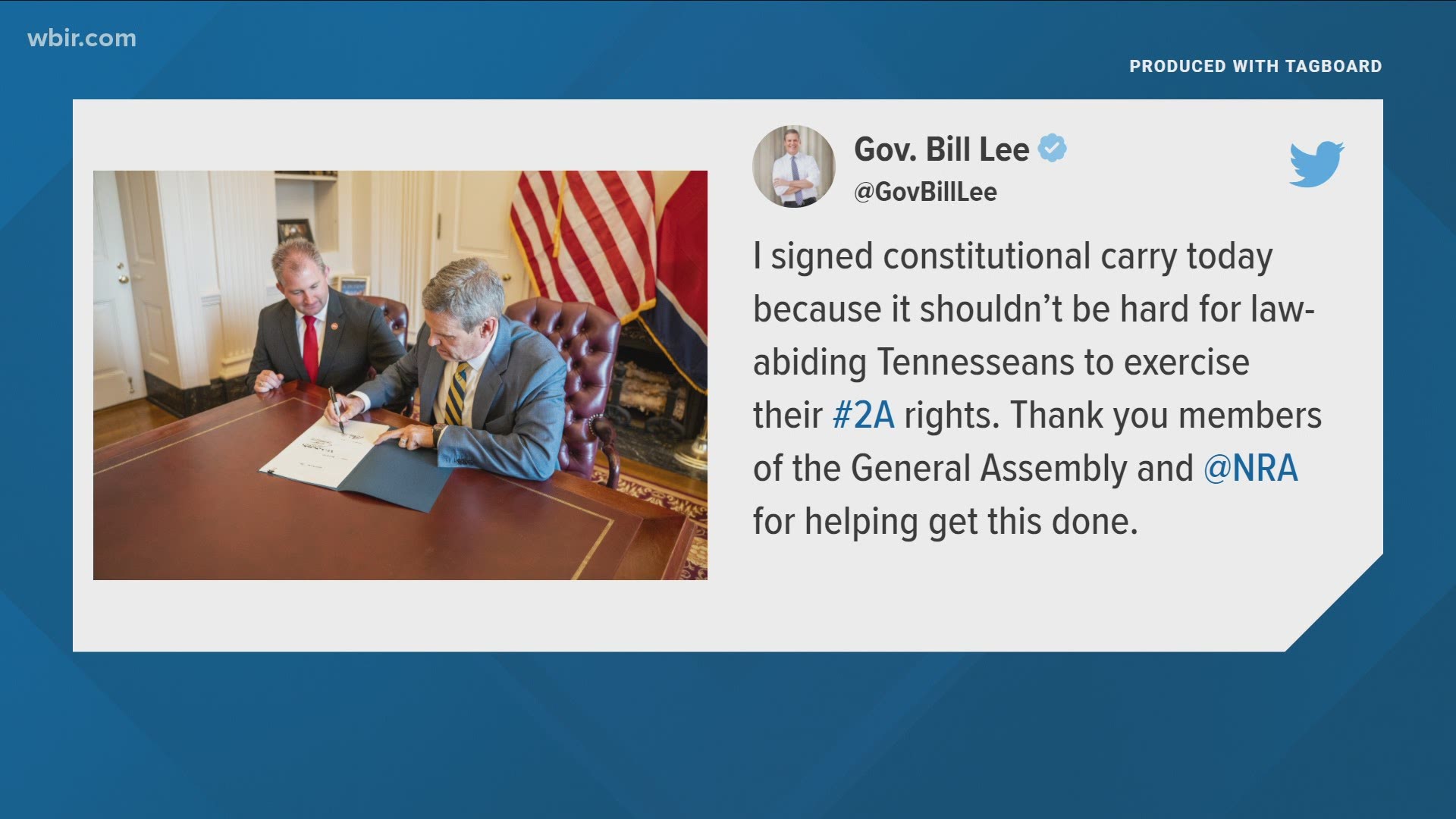 NASHVILLE, Tenn. — Governor Bill Lee signed a bill into law on Thursday that allows anyone to carry a firearm as long as they meet the requirements and are over 21 years old, instead of having to get a permit.

"I signed constitutional carry today because it shouldn’t be hard for law-abiding Tennesseans to exercise their second amendment rights," Gov. Lee said on social media. "Thank you members of the General Assembly and the NRA for helping get this done."

The bill does not change the laws about purchasing a gun, which include conducting a background check when buying from a federally licensed firearm dealer. People who have been convicted of a crime prohibiting them from owning a gun cannot buy one, and neither can people with some mental health issues.

The new law does not enforce hands-on training classes.

It will take effect in July.

"It worries us because we've taught over 19,000 people in our handgun carry classes," Frontier Firearms founder Brant Williams said. "It's frightening how many coming here with a total misconception about how they can safely use a firearm, legally use a firearm in self-defense."

Local law enforcement officers also said they were concerned with aspects of the bill, and some said they are not in support of it passing into law.

What worries Knoxville Police Department Chief Eve Thomas is not being able to see the state database of offenders.

"We don't have access to the information that TBI has to see if people have the authority to carry," Thomas said.

Lawmakers first introduced the constitutional carry bill in 2020 but it was delayed, in part, because of the pandemic.

There are several states surrounding Tennessee that already have a "constitutional carry" law.