Hutchinson says he consulted doctors across the state before coming to his decision and said sometimes you have to step back and ask is this the role of the state. 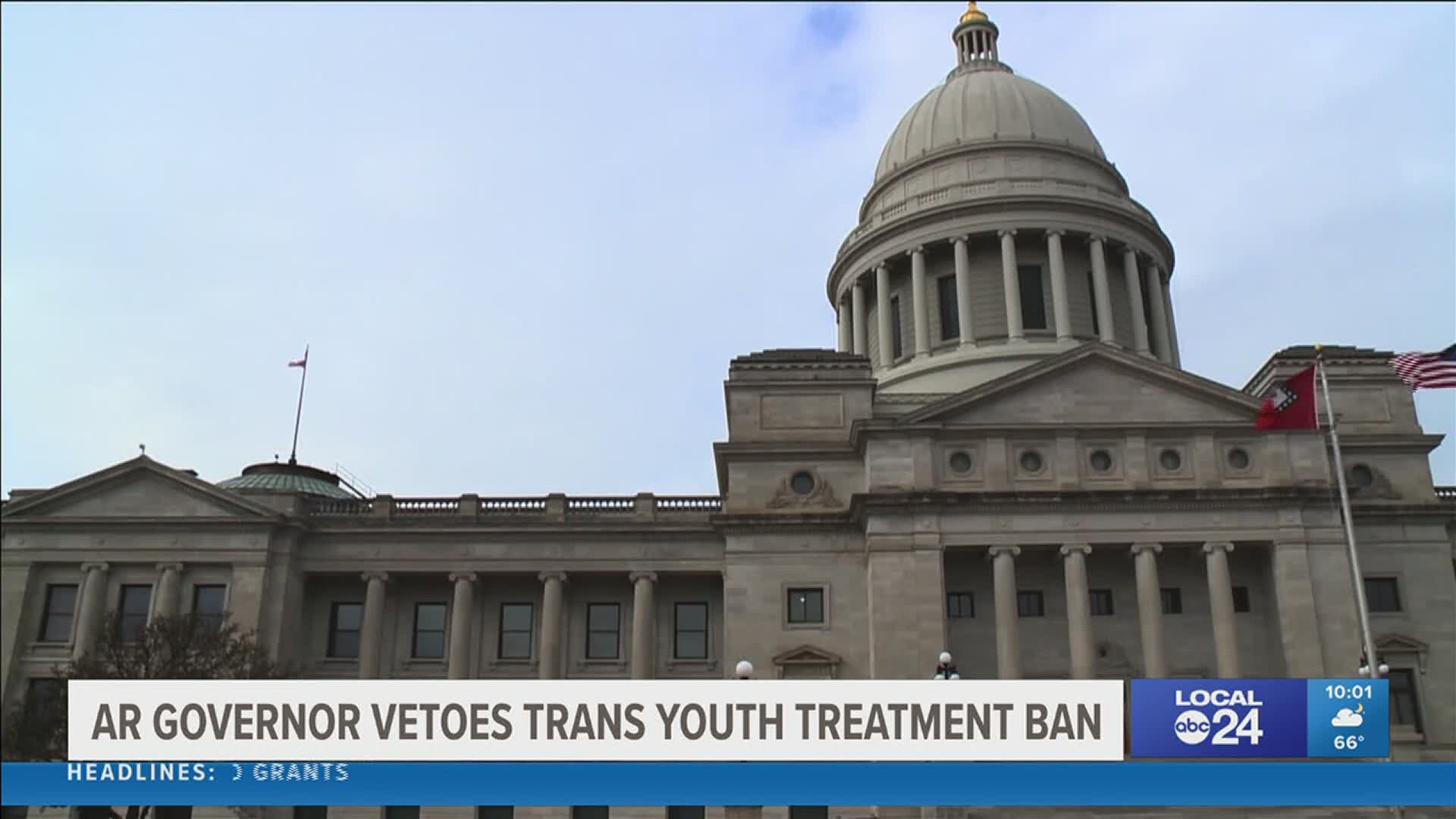 ARKANSAS, USA — Award winning a tress Laverne Cox is heralded for her work as an LBTQ-plus advocate.

"There have been a plethora of bills introduced in state legislatures all over the country targeting children, targeting transgender children," said Cox.

A trans woman herself, Cox join other activists to try and stop Arkansas' controversial legislation that would, among other things, deny gender affirming surgeries, and access to healthcare, like hormone treatment for transgender youth.

"I encourage us to look at  this in the context of years long attempts to stigmatize and further marginalize transgender people and have that stigma codified into law," said Cox.

In a stunning political move Arkansas Governor Asa Hutchinson vetoed the bill sent to his desk for signature from state law makers and defended his decision in a statement saying in part, "The bill is overbroad, extreme and does not grandfather those who are under hormone treatment," adding that he believes the bill is legislative interference with medical care in the state.

"This is an example of where restraint is better than overbroad actions."

Arkansas Gov. Asa Hutchinson vetoed a bill that would ban gender-confirming treatments for transgender youth in the state, saying "this would be and is a vast government overreach." https://t.co/eBBfhjVxuJ pic.twitter.com/9ayvOVs5FE

Dr. Lee Beers of the American Association of Pediatrics argues further harm as such laws place politicians, rather than pediatricians in charge of healthcare.

"It threatens the health and wellbeing of transgender youth. Even before the pandemic, which has had staggering effects on children's metal health. Transgender youth had had statistically higher rates of depression and suicidal ideation."

Hutchinson says he consulted doctors across the state before coming to his decision and said sometimes you have to step back and ask is this the role of the state.

"The AAP recommends that youth who identify as transgender have access to comprehensive gender affirming and developmental appropriate health care provided in a safe and inclusive space," said Beers.

Hutchinson's veto doesn't mean the end of the bill.

Arkansas legislators could override the veto with just a majority vote.