"The proposed changes appear to be rooted in partisan interests, not the interests of all Georgia voters," the former Democratic president said. 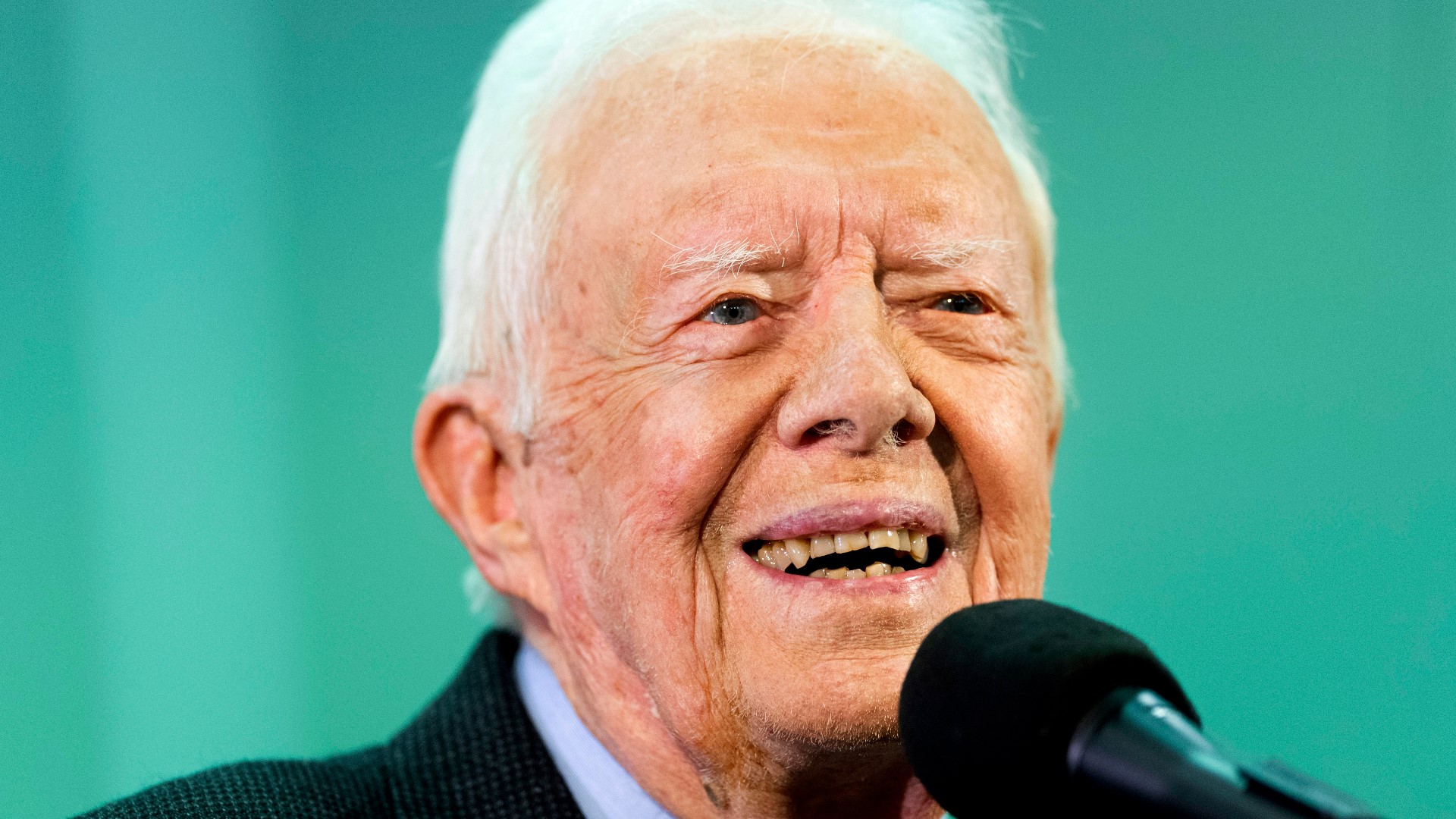 ATLANTA — Former President Jimmy Carter said Tuesday that for years, Georgia has "established itself as a leader in providing voter access and taking steps to enhance election integrity."

However, he said, state legislators are working to "turn back the clock" through bills that would restrict voting access.

Because of that, he said he's "disheartened, saddened, and angry."

He went on to say that he believes many of the proposed changes are "reactions to allegations of fraud for which no evidence was produced."

"The proposed changes appear to be rooted in partisan interests, not the interests of all Georgia voters," the former Democratic president said.

The GOP push comes after Georgia favored President Joe Biden in November, gave Democrats control of the Senate and cemented the state as a battleground.

To Democrats, the moves are nonsensical. Republicans, however, frame it only as reform.

The state Senate narrowly passed the bill that would end no-excuse absentee voting. The bill passed 29-20 on Monday. Senate Bill 241 would limit absentee voting to people 65 and older, those with a physical disability and people who will be out of town on Election Day. It would also require an ID for those who are able to vote absentee, among many other changes.

The bill is likely headed to a Senate-House conference committee where the chambers will hash out their difference on the issue.

- The Associated Press contributed to this report.

In 1962, I ran to represent the 14th Senate District in the Georgia legislature. I won my Senate seat, but only after the courts ruled that a ballot box had been illegally “stuffed” with votes for my opponent. My experience with our election system was one of the reasons Rosalynn and I created The Carter Center. Since 1989, we have observed 113 elections in 39 countries and helped build consensus on standards for democratic elections, perhaps the most fundamental of which are the rights to vote and be elected.

One thing we have learned from our international work is that while states must safeguard the integrity of the election process to prevent fraud, this should not be at the expense of voters’ access to the polls. They should proactively expand voter access through safe, secure administrative practices.

Since that 1962 Senate race, Georgia has established itself as a leader in providing voter access and taking steps to enhance election integrity. Georgia now uses technologies that provide a paper trail allowing voters to review their ballot before it is cast. In addition, Georgia requires post-election risk-limiting audits that make it possible to check the accuracy of voting machines. Indeed, November saw a successful set of elections with record turnout and few or no fraudulent ballots counted—which should make us all proud.

Now, as our state legislators seek to turn back the clock through legislation that will restrict access to voting for many Georgians, I am disheartened, saddened, and angry. Many of the proposed changes are reactions to allegations of fraud for which no evidence was produced—allegations that were, in fact, refuted through various audits, recounts, and other measures. The proposed changes appear to be rooted in partisan interests, not in the interests of all Georgia voters.

I also am disappointed that advocates for these restrictive changes have repeatedly and selectively referenced a report prepared by a 2005 commission that I co-chaired with former Secretary of State James Baker. While our report noted a few good and bad examples of vote-by-mail practices, its main recommendation was that further study of voting by mail was needed. In the 16 years since the report’s release, vote-by-mail practices have progressed significantly as new technologies have been developed. In light of these advances, I believe that voting by mail can be conducted in a manner that ensures election integrity. This is just one of several ways to expand access to the voting process for voters across the state, regardless of political affiliation.

American democracy means every eligible person has the right to vote in an election that is fair, open, and secure. It should be flexible enough to meet the electorate’s changing needs. As Georgians, we must protect these values. We must not lose the progress we have made. We must not promote confidence among one segment of the electorate by restricting the participation of others. Our goal always should be to increase, not decrease, voter participation.