The "Constitutional Carry," or permitless legislation, also increases sentences for stealing a gun and possession by violent felons. 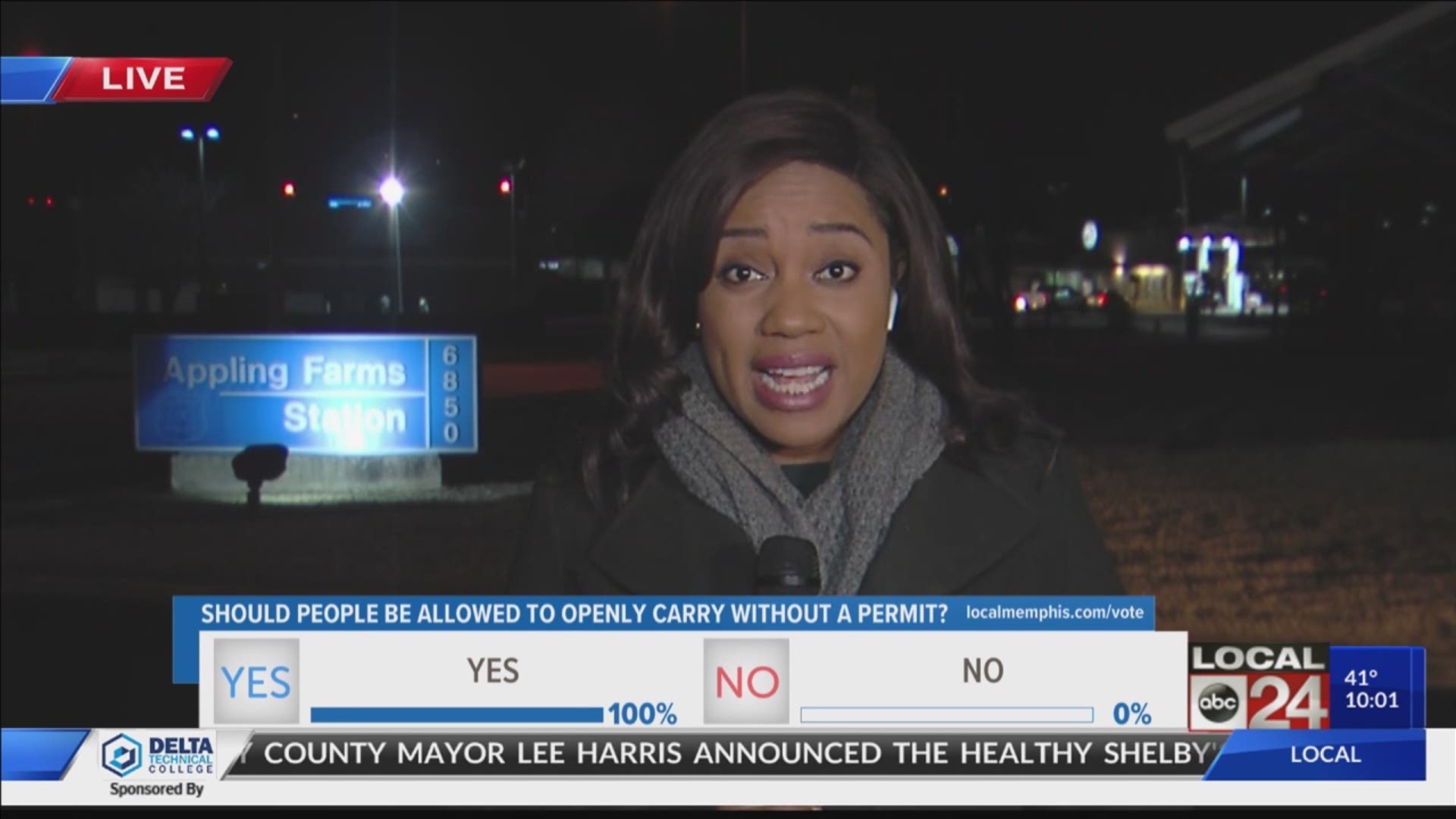 There is strong opposition against Governor Bill Lee's proposal that would allow any Tennessean 21 or older to carry a gun without a permit.

The "Constitutional Carry," or permitless legislation, also increases sentences for stealing a gun and possession by violent felons. Memphis Police Director, Michael Rallings made it clear Thursday, he does not support this bill.  He says he's a member of the NRA and is not against guns.  However, he promises if this bill becomes law, gun crimes in Memphis will go up.

"At a time I have police officers stationed all across the interstates to ensure that our citizens and visitors can get to work, can take kids to school," said Director Rallings. "The Governor goes in a different direction."

The proposal would make it easier to legally carry a gun for people 21 and older, but includes tougher penalties if you're caught committing a crime with one.

"88% of our murders last year were committed with a firearm. We've had 11 interstate shootings this year," Director Rallings said.

RELATED: Should Tennesseans 21 & older be allowed to carry a gun without a permit?

"They're stolen and falling into the hands of the criminal element who then are victimizing law abiding citizens," Director Rallings explained.

Memphis Mayor Jim Strickland shared Director Rallings’ concern, releasing this statement: "In a time when mass shootings have skyrocketed across our country, the thought of allowing people to openly carry a gun without a permit or proper training takes us in the wrong direction."

"One thing the Governor can do, he can hire more Tennessee Highway Patrol Officers and he can put them on his interstate system," Director Rallings said.

Shelby County District Attorney Amy Weirich also speaking out against the legislation.  She released this statement: "Obviously, I support the increased penalties for those who steal guns and use them to victimize citizens, but permitless open carry will create incredible challenges for law enforcement."

Director Rallings says he has requested a meeting with Governor Lee about the proposed legislation.  We will let you know how that turns out.