The Mississippi flag commission, in an 8-1 vote, decided on the design with a magnolia. 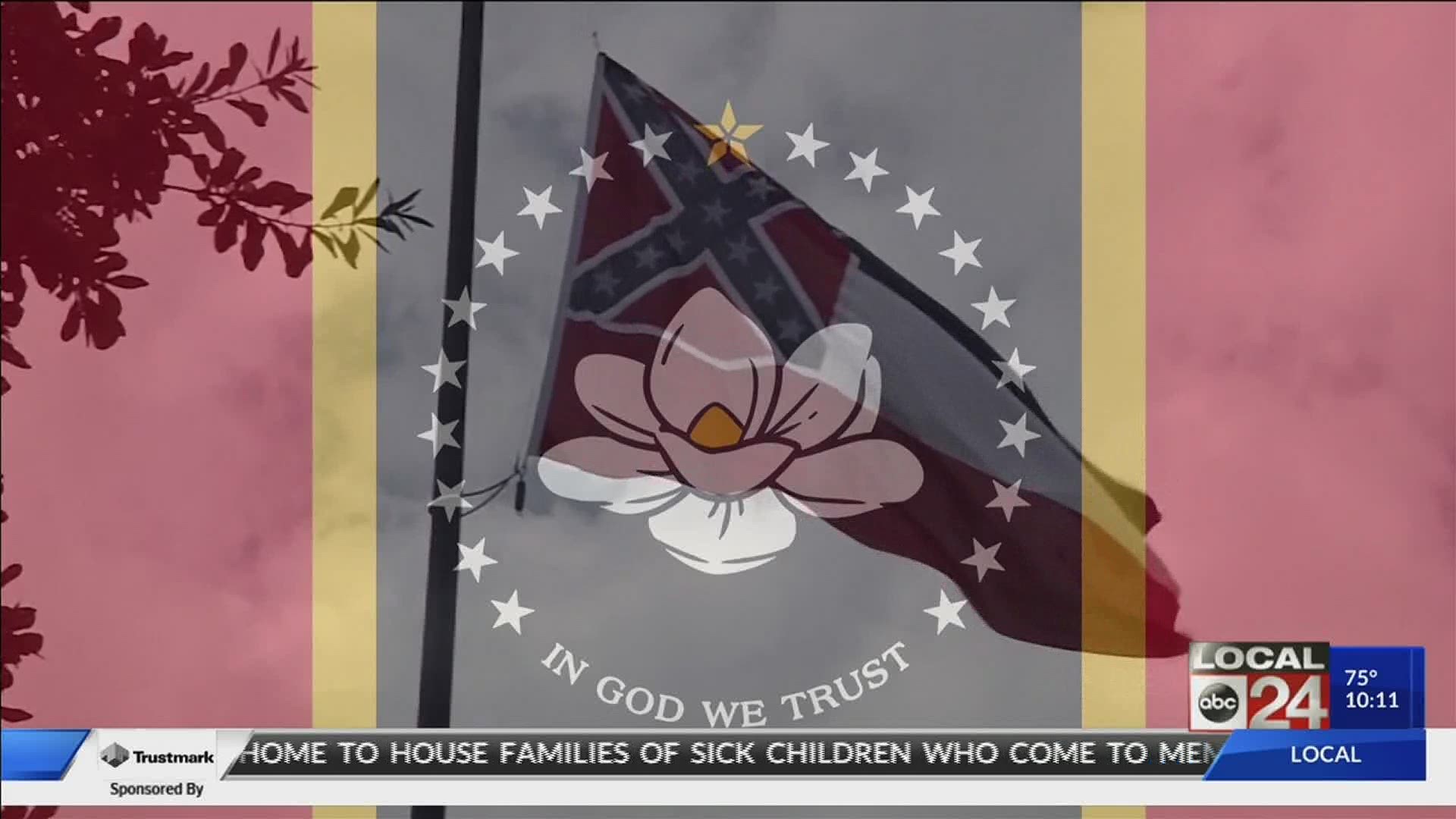 SOUTHAVEN, Miss — Mississippi voters will need to head to the polls in November to decide whether they like the chosen design for the new state flag. If they vote 'no," it will be back to the drawing board for a new design.

After nearly 3,000 submissions, the Mississippi flag commission on Wednesday, in an 8-1 vote, chose a design donning a magnolia and the phrase "In God We Trust."

The Mississippi flag garnered a lot of attention when it featured the Confederate emblem, a symbol of racism for many and pride for others. Then state legislature in June decided to retire that flag and never have a flag again that resembles the Confederacy.

Reuben Anderson, one of the nine commissioners tasked with choosing the design and the first African American appointed to the Mississippi Supreme Court, hopes the new flag will be a symbol showing the nation what Mississippi has to offer.

"On November 3, I think that will take a change," Anderson said. "We won’t move to the top but I can assure you we will move."

Some Mississippians are still torn on what they want on the state flag and said they would not vote for this design. Mississippian Bobby Walker said he thinks the previous flag should have stayed.

Walker said a lot of Mississippians still have an attachment to the previous state flag bearing the Confederate emblem, even though to many, it's a symbol of racism.

"It’s been there for so long," Walker said. "It’s got a lot of heritage behind it and a lot of background."

Lifelong Mississippian Ronald Earl is excited about this design and plans to vote 'yes' for it in November. He said the flag needs to be decided on, so we can keep moving forward.

"A flag is just a symbol," Earl said. "Unless your heart and mind change the flag doesn’t matter."

Earl said this is just a start because until people's mindsets change, a new flag will not have a lot of meaning.

"I think this is the beginning and we’ll have to see what goes on beyond that from here," Earl said. "I’m hoping some positive things come of it."