H.B. 3 would ban transgender athletes from participating on high school sports teams of their gender identity. 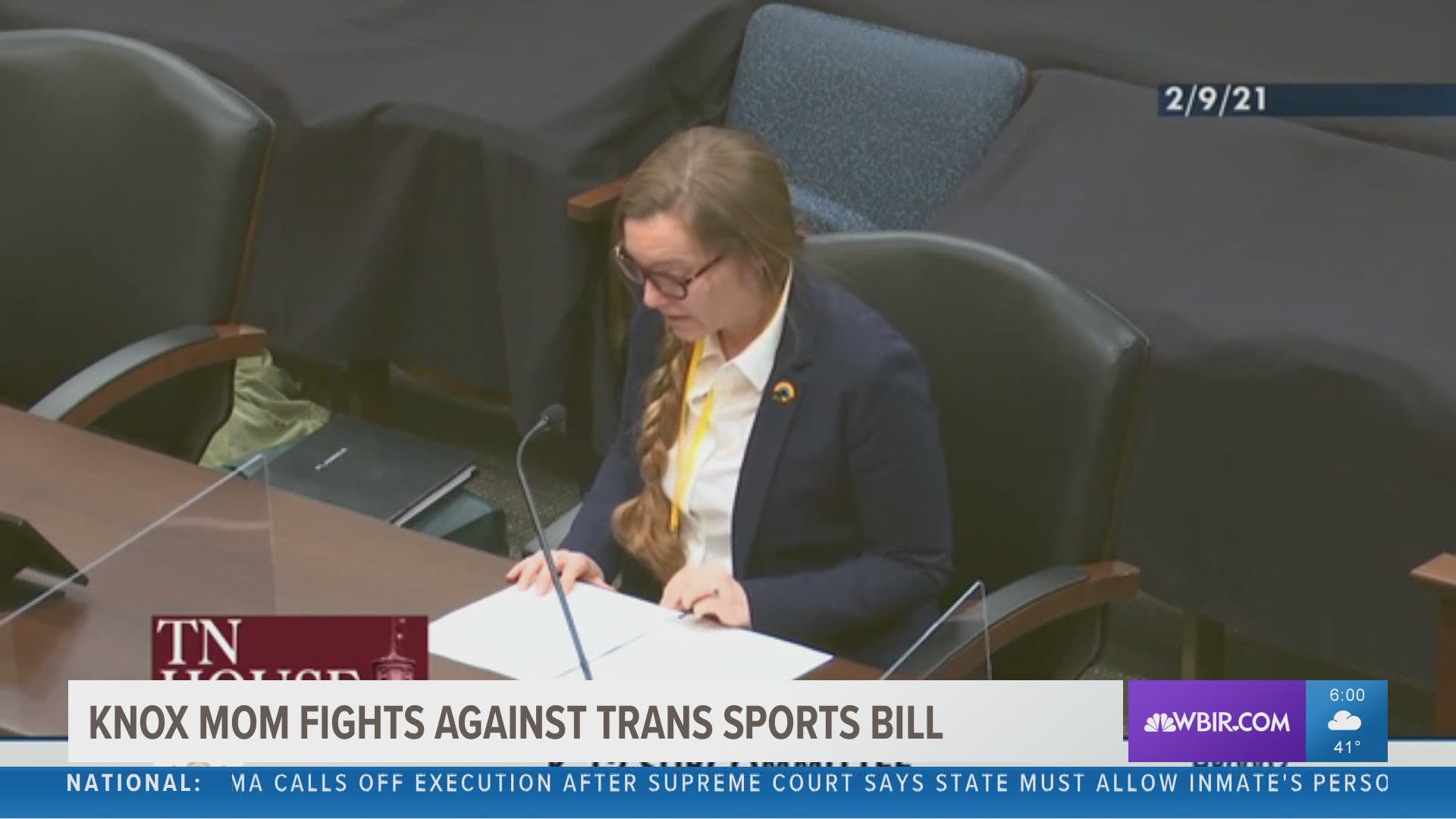 A Knox County mother said a proposed law would hurt transgender children and all high school athletes by forcing kids to play sports on the team of their birth sex, instead of their gender identity.

"It’s heartbreaking. This is your child no matter what," mother and transgender rights advocate Aly Chapman said. "Your child is a part of you and you want the best possible school environment for them and to see this immediate shift from part of the community to unwelcome is very painful."

Her son, who is a transgender man, was told he could no longer play on his independent school's field hockey team because of his identity.

Now Chapman is lobbying state legislators to stop the bill that would ban more transgender kids from playing sports at public schools across the state.

The bill says it's designed to stop transgender girls from playing in girls' sports. Cepicky told a state subcommittee his aim in filing the bill was to maintain a competitive balance in athletics.

But Chapman said there are few examples of transgender athletes competing on the high school level in Tennessee.

"That is a perfect example of why HB 3 is irrelevant and there is no data to support the argument in the bill," she said.

Cepicky did not return a phone call Friday.

The NCAA has allowed most transgender college athletes to play for nearly a decade and the Olympics allows transgender people to play as well.

Chapman said it's not just about playing sports, it's about living life as a kid.

"Participation in sports is so valuable. If you want to create an inclusive environment, it benefits all children," she said. "Peers are pretty supportive. Most of the problems are with the adults."

The state House and Senate committees on education will vote on the bill next week.