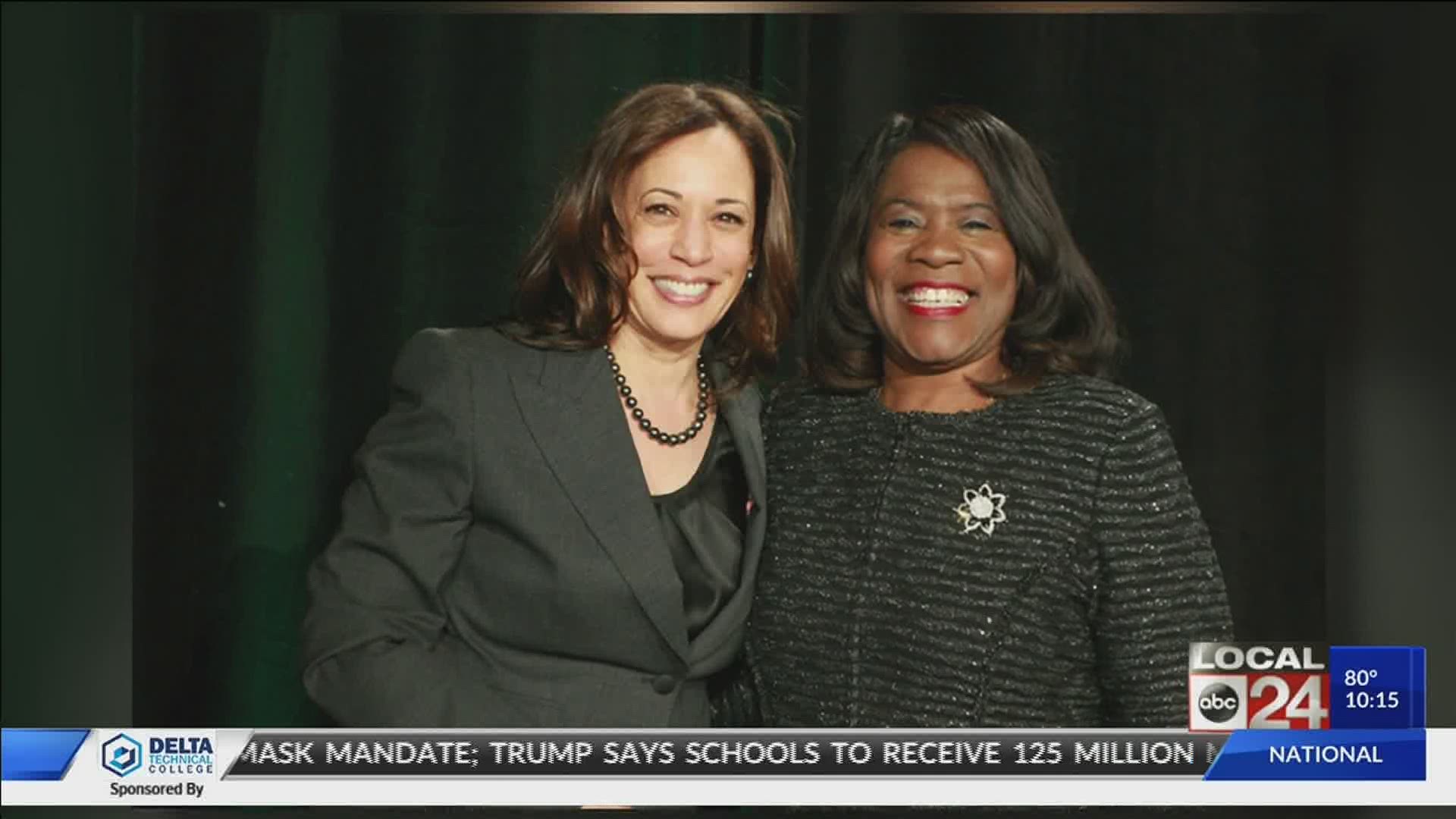 MEMPHIS, Tennessee — Some call Joe Biden's vice presidential pick risky. Others say it was a safe choice. One thing that is evident is that his vice presidential choice has energized Black voters. None more so, probably, than the sorority Kamala Harris belongs too.

Alpha Kappa Alpha Sorority, Incorporated could be a secret arsenal for the Biden Harris campaign. Weeknight Anchor Katina Rankin spoke exclusively to their International President who is from right here in Memphis.

From a presidential run to now a vice president pick, Kamala Harris is no stranger to politics and rallying the vote. In June of 2019 when Kamala Harris announced she was running for president she tweeted: "Being a graduate of @HowardU and a proud member of @AKASorority1908 changed my life."

Being a graduate of @HowardU and a proud member of @akasorority1908 changed my life. Today, I'm excited to announce we've launched a national program to mobilize HBCU and Black fraternity and sorority members with our campaign. #ForThePeople pic.twitter.com/vY1oz7ihpj

It was clear she was trying to engage young voters of HBCUs and her sorority, Alpha Kappa Alpha as well as other Black Greek organizations also known as the Divine 9.

She has definitely captured the attention of AKA's International President Dr. Glenda Glover.

The two were seen on Capitol Hill together and other places. So, will the sorority be a secret weapon for the Biden-Harris campaign?

"The sorority is a nonprofit organization, and we can't endorse a candidate. We can not be involved in politics at that level. But, in our individual capacities, we're free to work for any candidate and to tackle these issues that are important to African-Americans," said Dr. Glover.

With about 300,000 members, AKA is capable of formidable fund-raising. The sorority raised more than $1.3 million for Historically Black Colleges and Universities in just one day. AKA is also known for their effort and work in getting people to the polls to vote.

"What we're doing is asking the various chapters to assist in getting people to the polls to vote," said Dr. Glover.

This is the centennial of the 19th amendment that gave women the right to vote, and many who fought during the suffrage movement were African American women from Howard University where Harris graduated, a Historically Black College and University. Glover, being the president of a Tennessee HBCU, understands the power of the vote and the power Black women possess in this election.

A great day for our nation with the historical selection of Sen Kamala Harris to the Biden ticket as Vice President. African-American women have been the backbone of this country, and now an African-American woman has shown how to lead with experience and competence. #HBCU proud

Glover says Harris brings a new perspective to a role that's often been held by older, white men.  But, more importantly, she says Harris represents a hope for the future, for young Black women and America as a whole. 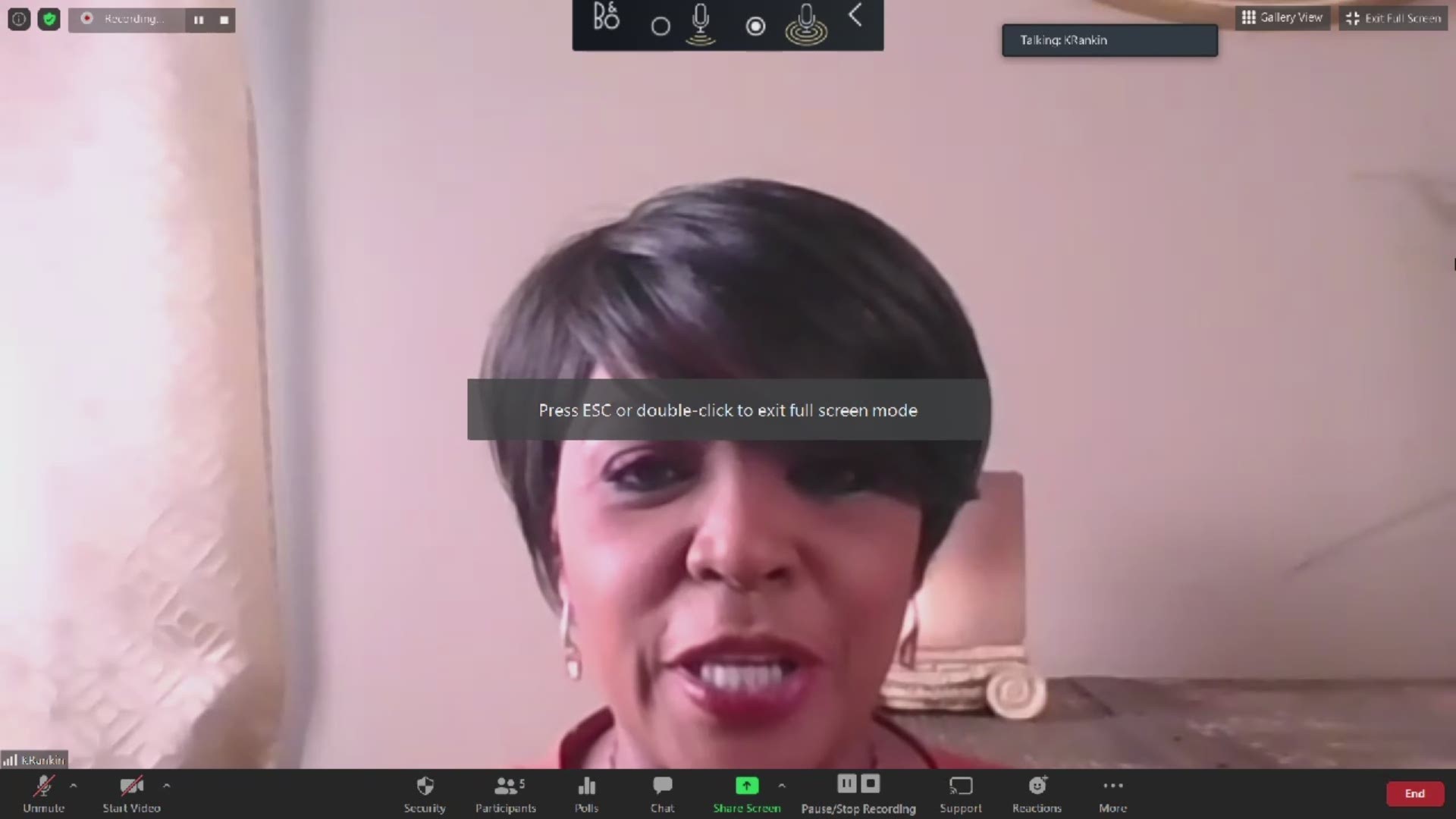 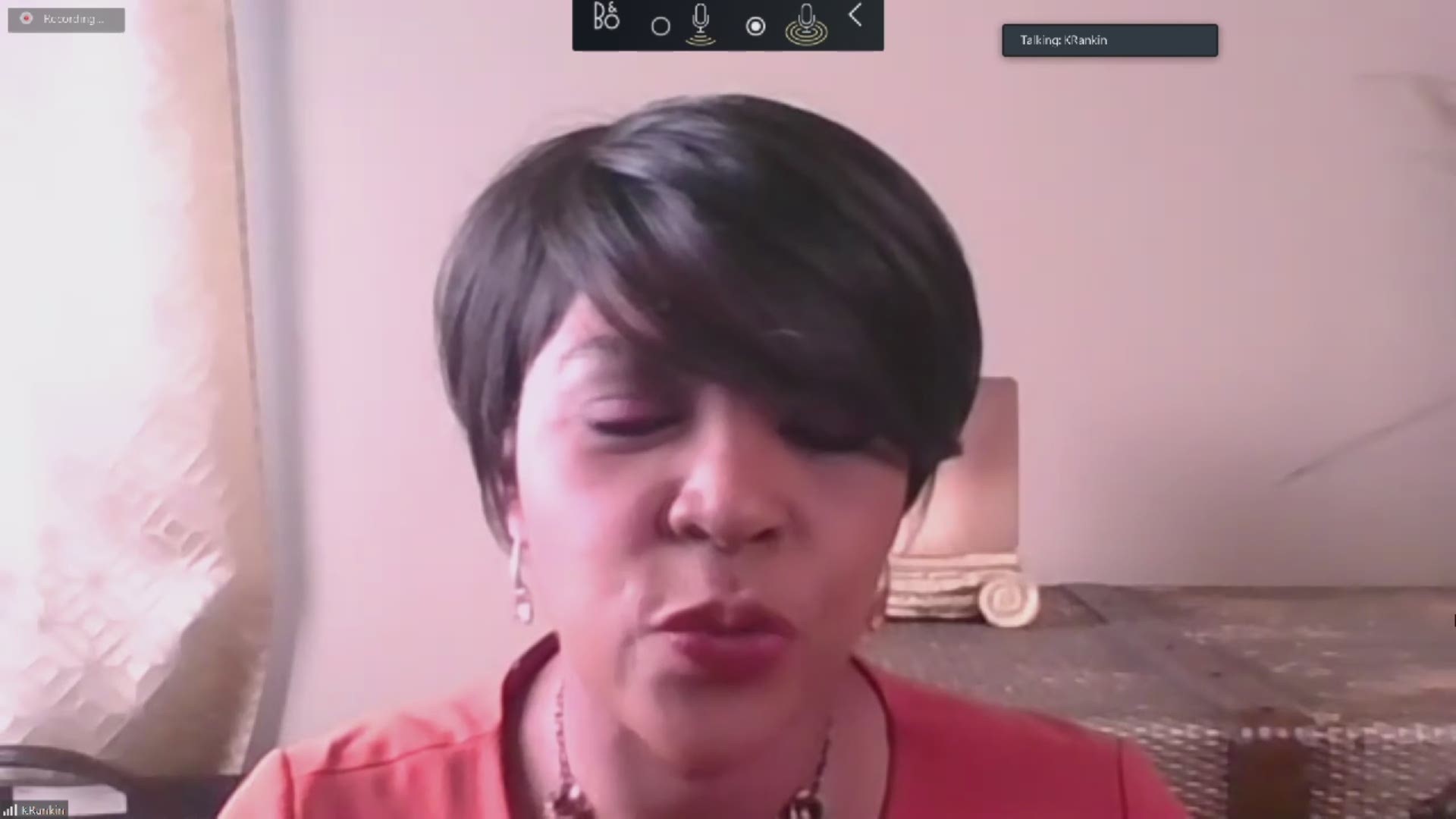 "This shows that we can rise to the highest level. To be number two on that ticket means so much to Black women everywhere. It shows it can be done with perseverance and hard work," said Dr. Glover.

"We're cashing in now on that vote. Black women have been the backbone for so long, and it's time now for that vote to count. It's time now to recognize what Black women do and what they mean to America."

Simply put, Dr. Glover says Harris breaks all the traditional boundaries and status quos, and she supports her effort to get to the people's house, the White House.

Individual members of the sorority have already begun a campaign donation drive asking the 300,000 members to donate $19.08, the year the sorority was founded 1908, to the Biden-Harris campaign. If successful, that campaign alone will bring in more than $5 million for the campaign.

(Chicago, IL) - On behalf of over 300,000 thousand members of Alpha Kappa Alpha Sorority, Inc., I congratulate Sen. Kamala Harris on being selected as running mate for Vice President Joe Biden. This is a great day for our country, a great day African-Africans and for women.

Senator Harris’ selection is a full circle moment for HBCUs and African-American Greek organizations that worked tirelessly to give the black community a voice from the turn of the century, through Jim Crow and the civil rights movement, to present day.

As the president of Tennessee State University, a premiere HBCU, and as International President of AKA, in which Sen. Harris is a member, I am doubly proud of this selection. I also commend Vice President Joe Biden for his insight to bring someone of Sen. Harris’ stature to the ticket. She is intelligent, experienced, charismatic and above all qualified for the job.