Hundreds of people are expected to stay at the Westin Hotel in Uptown, but before they arrive, they’ve already gone through safety steps. 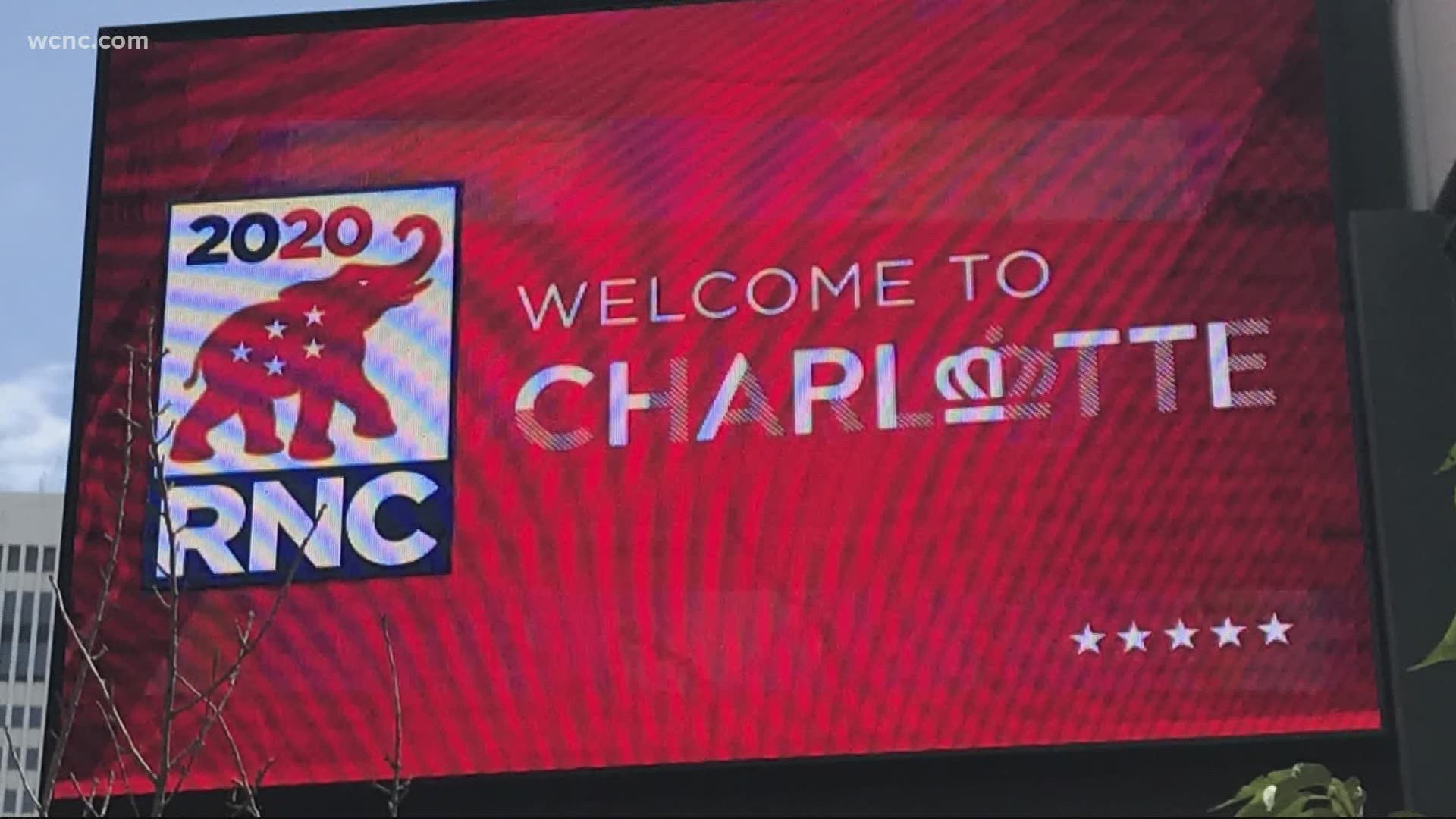 CHARLOTTE, N.C. — Major health and safety steps are underway, as the biggest event in North Carolina kicks off since the pandemic began.

On Friday, local health officials gave updates on what’s being done to keep the community safe during the Republic National Convention in Charlotte.  That includes everything from testing to contact tracing and mask requirements.

Hundreds of people are expected to stay at the Westin Hotel in Uptown, but before they arrive, they’ve already gone through safety steps.

Even a scaled-down version of the RNC is bigger than any other event since the pandemic began.

“We are hosting the largest sanctioned event in Charlotte and in North Carolina since the onset of the pandemic,” said Mecklenburg County Health Director Gibbie Harris.

In a virtual news conference on Friday, Harris described the planning and procedures for the major event.  That includes testing attendees before their arrival and then retesting them once they’re in Charlotte.

“All attendees have been tested seven days prior to the event, and if they did not have a negative test, will not be attending,” Harris said.

There will also be daily temperature screenings and symptom checks for attendees, hotel staff, and vendors.  In addition, Harris says there will be a 10 person limit indoors with masks required, and even then only certain events are allowed.

“The only events and meetings that are approved to occur are the ones necessary to conduct the business to nominate a candidate,” said Harris.

Harris says if someone tests positive, contact tracing will begin immediately.   She also says RNC officials will be tracking people who attended the event in the days and weeks to come.

Even a scaled down #RNC2020 is the largest event in Charlotte or North Carolina since the pandemic began. See some of the safety steps 👇🏻

“Those individuals who have come from out of state will be followed up by the RNC on five, 14, and 21 days,” said Harris.  “And if there are any cases that are recognized during that time, that information will be communicated back, so we can do the appropriate contact tracing.”

Harris says no gathering is risk-free, but that steps in place are meant to reduce the risk as much as possible.