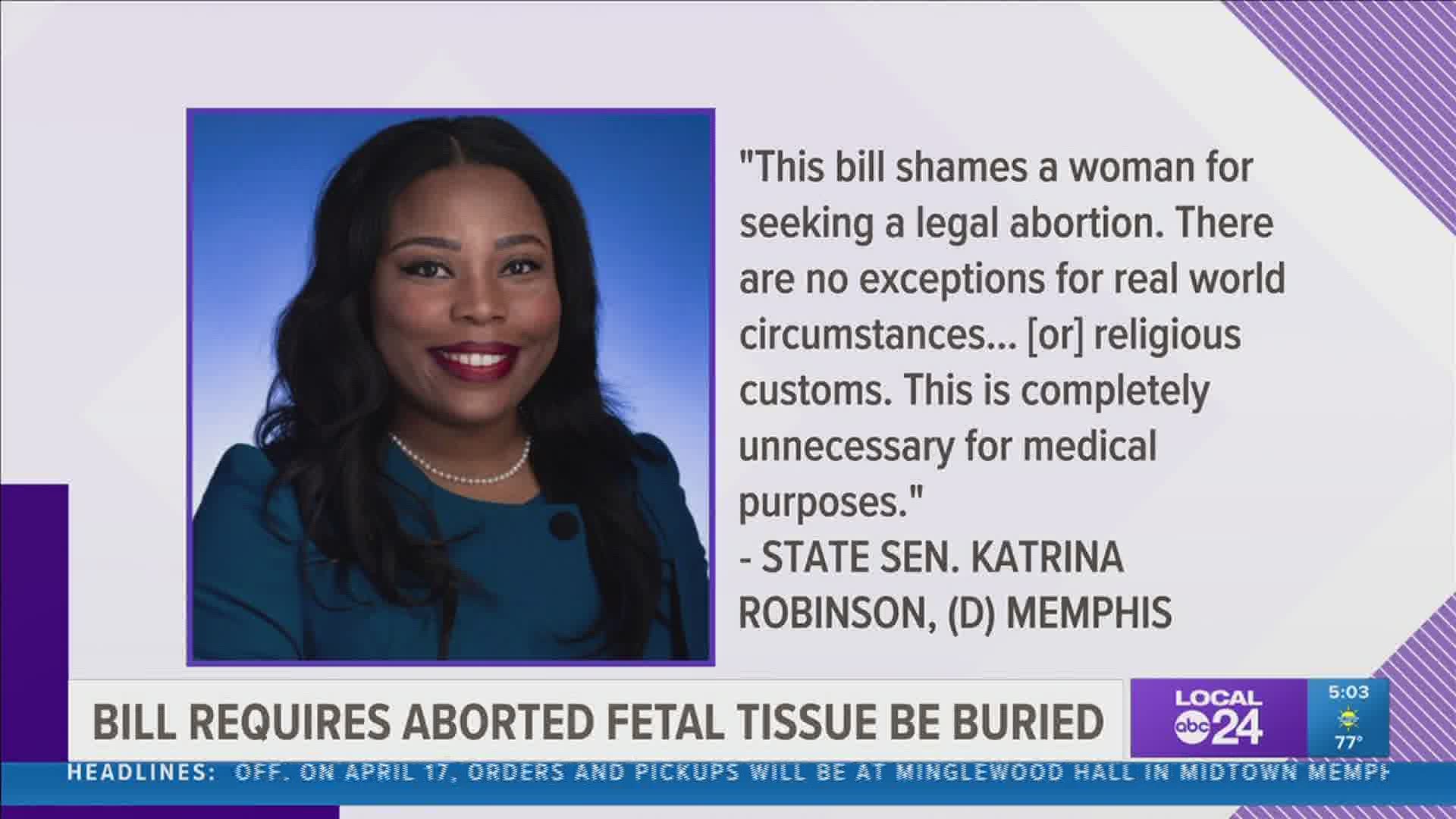 NASHVILLE, Tenn. — A new bill in Tennessee would require people seeking an abortion to bury or cremate the fetal remains.

Tennessee Republicans are backing the legislation over objections that the measure could stigmatize a legally available procedure.

The proposal is gaining traction inside the GOP-controlled General Assembly, where legislative panels in both the House and Senate advanced the measure on Wednesday.

While Gov. Bill Lee hasn't publicly weighed in on the bill, the Republican has repeatedly stressed his opposition to abortion.

Supporters of the fetal-remains bill argue that it will protect human dignity.

Opponents say it is another attempt to obstruct and spark shame over abortion.

In a statement, State Senator Katrina Robinson of Memphis said “This bill shames a woman for seeking a legal abortion. There are no exceptions for real world circumstances. There are no exceptions for religious customs. This is completely unnecessary for medical purposes. We don’t treat any other patients this way under the law and the legislature shouldn’t be passing laws that shame and demean people for their exercising their rights.”

The measure now heads to the full state senate for a vote.