On Jan. 6, Trump supporters attacked the U.S. Capitol, breaking into the building and charging into Capitol police. Five people died as a result of the riot. 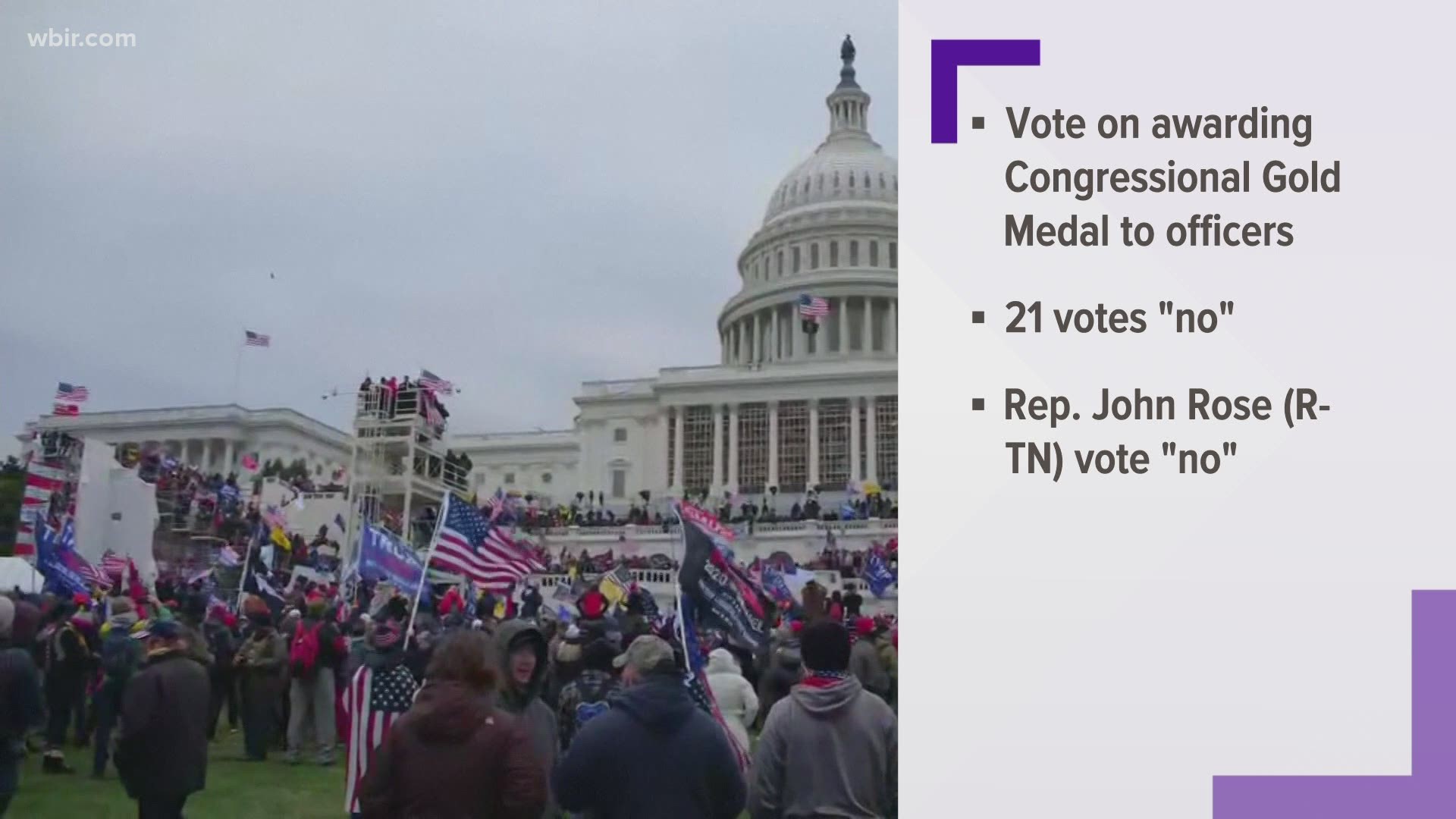 WASHINGTON D.C., DC — A Tennessee congressman was among a small group in the House of Representatives who voted against a move to honor Capitol police officers for their service on Jan. 6.

Representative John Rose (R - 6th District) voted 'no' on a move to award the Congressional Gold Medal to law enforcement who were at the Capitol that day. Most lawmakers who voted against the bill said they had issues calling the events an insurrection, as it is described in the bill.

Rose specifically said that it was too soon to award medals to police officers and said he thinks there is not yet enough information about the events of Jan. 6 to make a decision.

On that day, Capitol police defended lawmakers as Trump supporters stormed the U.S. Capitol, illegally entering the building and storming past police barricades during electoral vote proceedings. Five people died as a result of the riots, while more than 100 were injured.

Several people in Tennessee and across the U.S. have been arrested and charged in connection to their actions during the riots.

The final vote to award Capitol police a Congressional Gold Medal was 406-21 on Tuesday.