House Bill 928 states a court ruling or law that violates the second amendment will be null and void in the state of Tennessee. 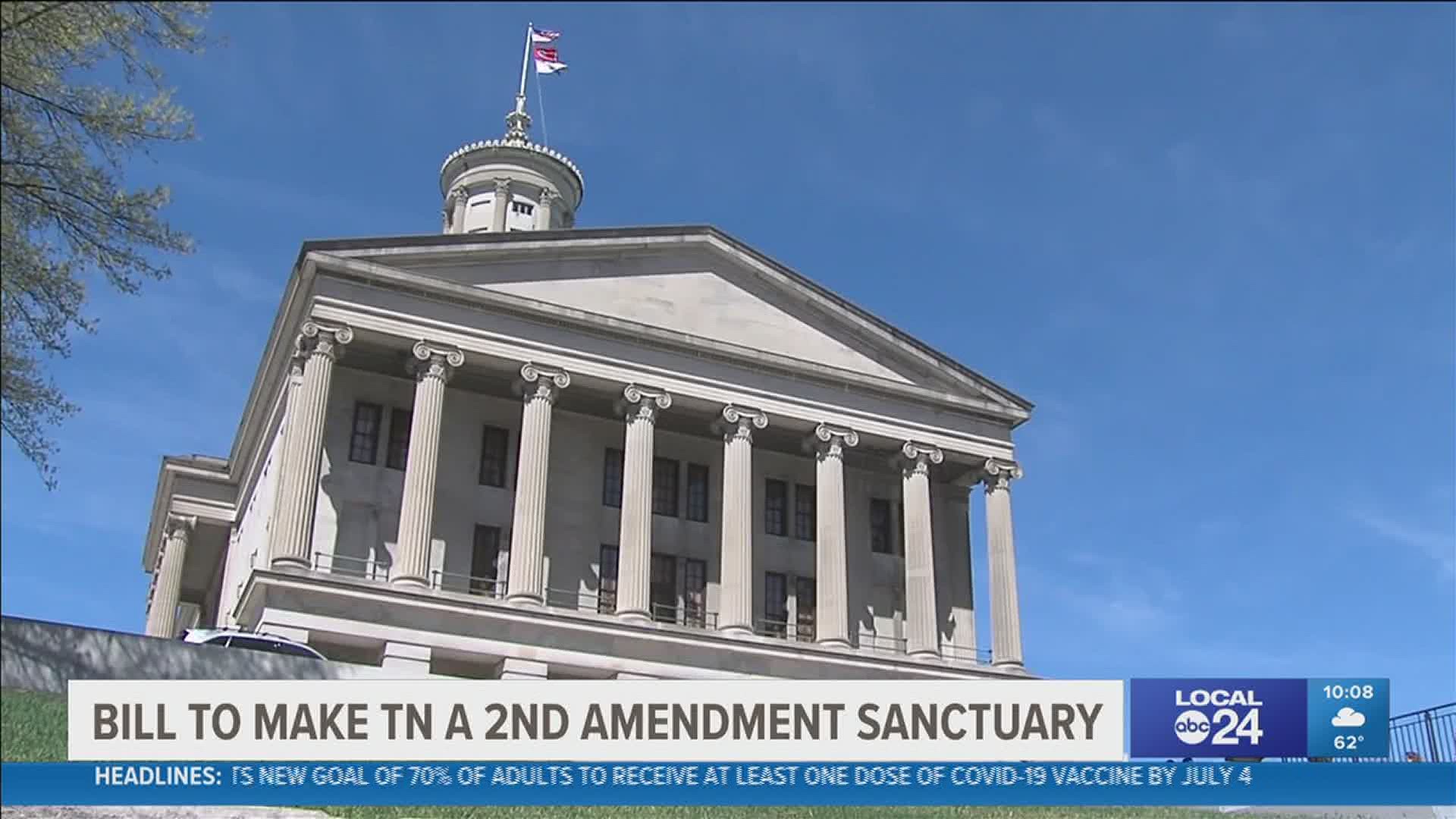 MEMPHIS, Tennessee — A bill making Tennessee a Second Amendment Sanctuary is making its way through the legislature.

Tennessee House lawmakers approved the bill which would give the state the power to nullify a federal law or court ruling that goes against the second amendment. But is it misleading?

“I do support it I’m a pro-gun Democrat but look here’s the reality of the legislation if the feds come down with something a ruling or some law it doesn’t matter what we pass in the state of Tennessee because federal law supersedes state law,” said State Rep. Antonio Parkinson, Memphis (D).

While Parkinson said he backs the bill – he believes those who are unfit to carry a firearm shouldn’t be able to.

“We are pro common sense guns,” said the Memphis democrat. “We want everyone to be able to continue to have the right to bear arms but those that should not bear arms like those that have been deemed mentally unfit should not be in possession of firearms.”

University of Memphis law professor Steve Mulroy said the bill itself might be null and void – adding that states have to obey federal laws through the supremacy clause unless a federal court declares a law unconstitutional.

“The southern states in the past claimed to have the right to nullify federal laws that they thought was unconstitutional,” said Mulroy. “Basically, ignore them decline to enforce them. That question was settled by the civil war.”

Mulroy said if the bill boils down to a political statement then why not take the same action for other amendments.