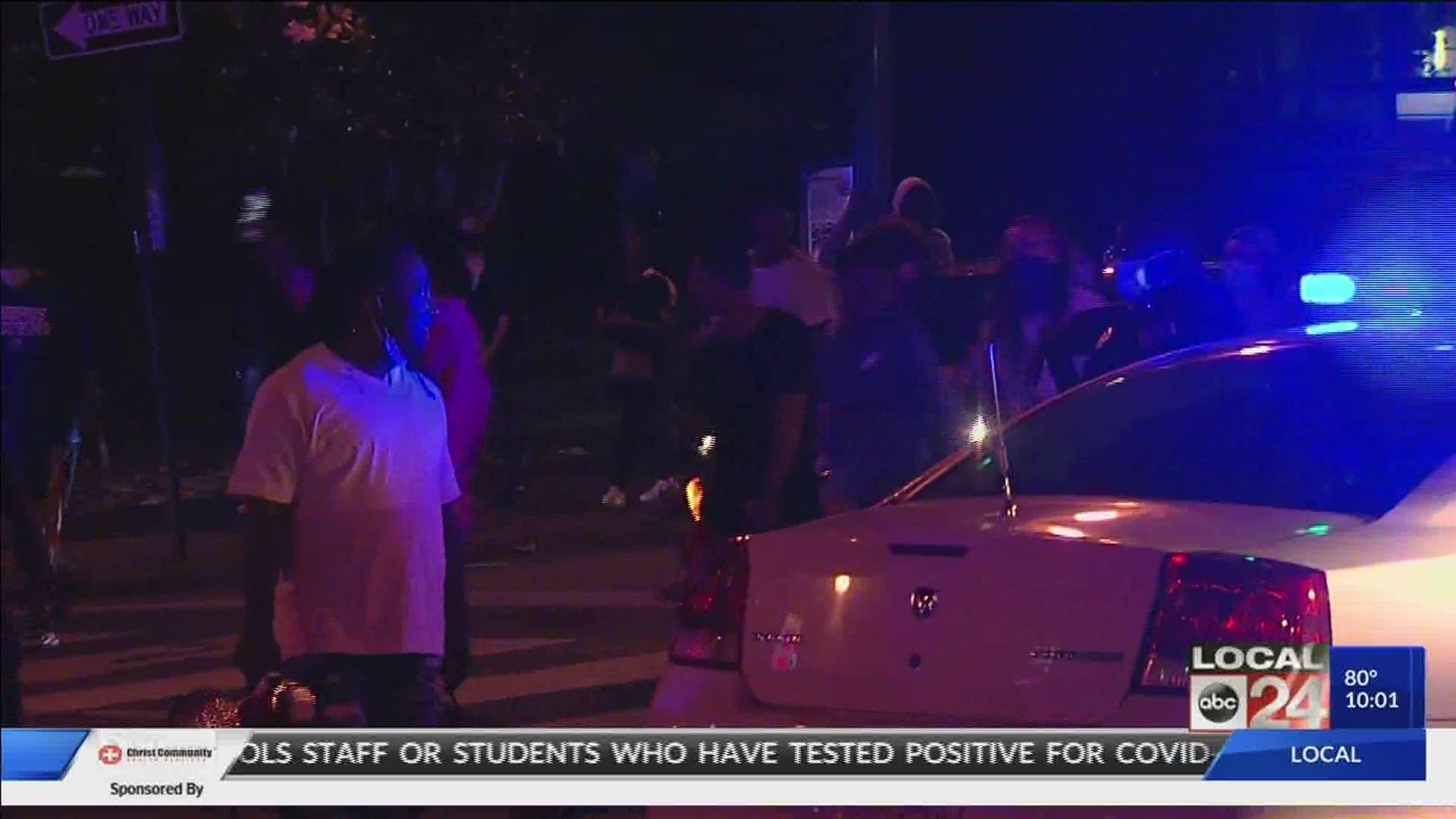 A controversial bill that would increase penalties for protesters could be signed any minute by Governor Bill Lee.

House Bill 8005 revises certain criminal laws impacting peaceful demonstrations and gives the Attorney General authority to investigate and prosecute crimes when the victim is a state employee, state property was damaged, or the administration of state government was delayed.

What does that mean for Memphis?  You may remember last month when Memphis Police arrested nearly a dozen protesters outside of City Hall after they had been camped out for days.  This legislation changes hold times for individuals, and it imposes stricter penalties for protesters who assault government officials or members of law enforcement.

“This is a very dangerous piece of legislation,” said Representative Mike Stewart of Nashville.

“When you push a bill to further criminalize people who are speaking out about the fact that the very people we are protecting (members of law enforcement) are the people that’s killing them, what type of message are we sending to Tennesseans,” said TN Representative London Lamar of Memphis.

“It increases penalty of what is already illegal and while some protests may not be peaceful, they may be extremely passionate and violent, passionate behavior...none of that is illegal in this bill,” Lamberth stressed.

The measure would make it a misdemeanor offense of assault for someone who spits at an officer or throws bodily fluids during a demonstration.  Felonies include rioting or using a weapon and causing serious injury to a member of law enforcement.

However, there were some lawmakers who felt the legislation was needed, especially in Memphis.

“Our police chief went on the bridge, negotiated and talked to the protesters and brought everybody down off the bridge back in 2016 without anyone getting hurt,” said Representative John DeBerry, who represents District 90 in Memphis.  “Peaceful protests end peacefully and there is a difference between peaceful protests and chaos, anarchy and the destruction of public property.”

“To make sure that the citizens understand we are trying to protect you because I guarantee you when you get back to your district somebody is going to ask you why did you do this? And down the road in November could cause you some problems because they just couldn’t understand it," said Rep. Johnny Shaw of Bolivar.  "This is a good piece of legislation, I went to go on record of saying this it’s a good piece of legislation but for me to vote on it today, it’s the wrong time until I go back to the 80th district and be sure that my constituents understand why I voted for this legislation.”

“This is the last thing that we should be prioritizing.  It’s not something worth even adding to our special agenda for our special session.”